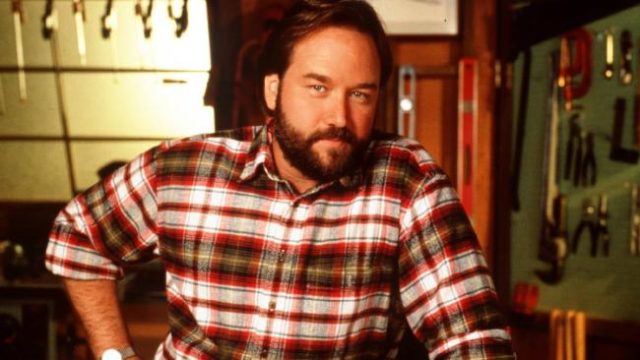 Richard Karn Wilson is a popular American actor, author, comedian, and former game show host who has been recently subjected to a death hoax. However, he is alive and well, and the rumors are completely baseless. Karn is best known for playing Al Borland in ‘Home Improvement,’ the 1990s sitcom. He is also famous for hosting the game show ‘Family Feud’ from 2002 to 2006. But, how did the rumors about Richard Karn’s death begin?

The most recent death rumor started due to a Facebook post that appeared on the page titled “America Loves Donald Trump,” on June 29, 2020. The post states that Karn was a staunch Trump supporter and a lifelong Republican. The headline also incorrectly states that he passed away at the age of 69. Some of the internal links in the post also lead to other celebrity death hoaxes. Karn, who is 64 years old, has responded to the hoax, debunking it.

Not only is Karn not a Trump fan, but he has also made it a point to make fun of him in his tweets.

I think Trump has spent more than that just golfing🤓

Karn’s wife, Tudi Roche has also made it clear that the couple is unlikely to support the Republicans through the vociferous support of the Black Lives Matter movement. Karn has not just debunked the rumor but has actively made fun of it, which means he’s taken it in good humor. Check out a tweet where he promises to rise from the dead to attend an event.

This is not the first time Richard has been subjected to a death hoax either. In August 2019, a similar post about Karn’s death started doing the rounds, and his name appeared in a report about famous people who have passed away without anyone knowing. Karn responded funnily again, saying he is like Schrodinger’s cat, alive and dead at the same time. Check out the post below.

It is quite clear that Karn deals with death hoaxes in his trademark manner, and has done so this time as well. Not only is he alive, but he also seems to have a busy schedule ahead. Richard has four projects in the pipelines, and while one is in post-production, the others in the pre-production stages. He appears as Sherman in ‘The Christmas Dance.’ He also has a series lined up, titled ‘Y’All-R Family,’ where Karn appears as Jules Landry.

‘Eastern Market’ is yet another project on Karn’s plate where he appears as Father Edmund. Finally, we will also see him as Captain Moore in ‘Locker 42,’ where a police investigation soon turns dark as fresh bodies resemble grotesque crimes committed years ago. In conclusion, Karn is not just healthy, but retains his sense of humor and is keeping himself busy too.

For our part, we should verify the news we read online, especially if major outlets have not covered it. If we take some time to read through it, before sharing posts out of emotion, there is a greater chance of avoiding such celebrity death hoaxes.