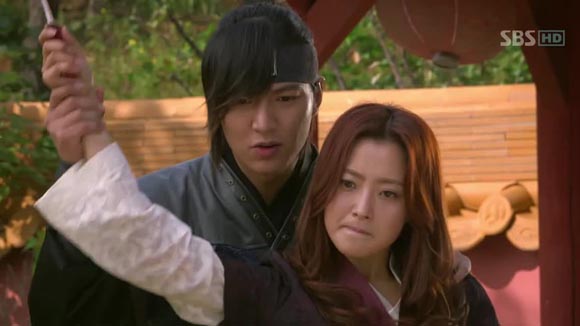 After the massive hit of HBO’s ‘Game of Thrones‘, there has been a rise in the fantasy genre. Of course, there are several series based in medieval mythology, but there are very few that are actually good. The rising South Korean industry, however, has a neat collection of fantasy dramas like ‘Mr. Sunshine‘, ‘Gu Family Book’, and ‘Hwarang’ to name a few. ‘Sin-ui’, better known as ‘Faith’ (or ‘The Great Doctor’) is such a fantasy drama that came out in 2012. It aired on Seoul Broadcasting System and is produced by the company, Faith SPC. Written by Song Ji-na, ‘Faith’, is an interesting series to watch.

Upon release, ‘Faith’ Season 1 quickly proceeded to become globally popular. Now, fans across the world are wondering if there will be a Season 2. We are here to delve into that, right after we offer a glimpse at the show’s details.

Faith Cast: Who is in it?

South Korean fantasy drama series, ‘Faith’, casts Lee Min-ho and Kim Hee-sun in the lead roles. Actor, singer and model, Lee Min-ho is known widely across the world. He has played leading roles in many shows but is most known for playing the character of Gu Jun-Pyo in the 2009 TV series, ‘Boys Over Flowers‘ for which he won the Best New Actor award at the 45th Baeksang Arts Awards.

In ‘Faith’, he plays the 29-year-old Choi Young – a bodyguard to King Gongmin of Goryeo. Min-ho portrays the brave and intelligent strategist, quite well. He is not afraid of death but is not really dedicated either. He knows what he has to do, and he does pretty well at that.

Kim Hee-sun is also a very popular name in the industry. The 42-year-old actress is known widely for playing leading roles in Korean series, ‘Men of the Bath House’, ‘Sunflower’, ‘The Myth’, among others. ‘Faith’ is her return to the limelight.

She plays the role of a 33-year-old plastic surgeon, Dr. YooEun-soo. She has been in the industry for quite some time now. Her work in the series is celebrated widely, and that is for a valid reason. She properly enacts the character of an outsider in the Goreyon period.

Ryu Deok-hwan plays the ambitious King Gongmin, and his wife Queen Nogoog is played by Park Se-young. South Korean actor, Yoo Oh-sung, known for his work in ‘The Spy’, plays the principal antagonist in ‘Faith’, the nobleman Ki-Chul. Lee Phillip, Sung Hoon, Kim Mi-Kyung, Park Yoon-Jae and many more play other pivotal characters in the series. Overall, all the actors do a pretty good job in their respective roles.

Faith Plot: What is it about?

‘Sin-ui’ is a South Korean TV drama series, known worldwide as ‘Faith’ or ‘The Great Doctor’. The first season of the series begins with the return of King Gongmin of Goryeo Dynasty, after marrying the Yuan Princess Nogoog. On the way back to Goreyo, they stay at an inn. There, the assassins attack them and slashed the princess’ neck.

The most renowned doctor in Goryeo says that he can’t save her. Upon being advised by his royal advisors, the King prays on a mountain. The mysterious lights swirl up to form a sort of entrance. The vassals tell the King, that it is the “Heaven’s Gate” and one must retrieve the “God’s Doctor” of ancient legend. King Gongmin tasks the royal bodyguard, Choi Young, to enter the portal and bring back the great doctor from heaven.

Then things turn utterly funny, as Choi Young comes to present-day Seoul. When he asks a monk, where the guard can find the great doctor, he points to a Medical convention. Choi Young enters the convention and kidnaps Dr. YooEun-Soo, whom he thinks to be the great doctor.

She is just another ignorant plastic surgeon. However, she saves the life of the Princess. Choi Young promised Dr. Eun-Soo, that she will be returned to the 21st Century, but upon the advice of the Vassar, the king forces her to stay. She becomes known as Eui Seon, the great doctor from heaven.

As noble as the position is, there is a risk too. She gets involved in the political outbreak between King Gongmin, the Yuan overlords, the nobleman Ki-Chul and King Gongmin’s uncle, Prince Deok-Seung. All this while, Choi Young protects the young doctor from trouble. Gradually, the couple falls in love with each other. The series is interesting and really a rare catch. It is quite entertaining and is definitely a good watch.

Faith Season 2 Release Date: When will it premiere?

‘Faith’ Season 1 premiered on 13th August 2012 over Seoul Broadcasting System (SBS). The first season consisted of 24 hour-long episodes, which aired on Mondays and Tuesdays. The show received several awards and is received very well by the audience.

It has acquired huge popularity across pan-Asia and has been aired over many non-Asian countries as well. The series finished airing on 30th October 2012, in South Korea. It began airing in Japan, on 15th December 2012.

SBS has not released any update on the follow up of the season, however, there are several other similar shows on the network for the interested ones. The 2016 drama, ‘Moon Lovers: Scarlet Heart Ryeo‘ however, comes really close to ‘Faith’, in terms of the plot.

In the absence of any official updates regarding ‘Faith’ Season 2, fans might be wondering if it will even air. Considering its popularity and a global audience, there is always a chance that ‘Faith’ Season 2 could get a release date in 2022. However, we will update you with official news about the upcoming season’s status, here.

You can check out the trailer to ‘Faith’ Season 1 below, to get an idea of the show.