15 Famous Actors Who Were Waiters Before Their Movie Careers 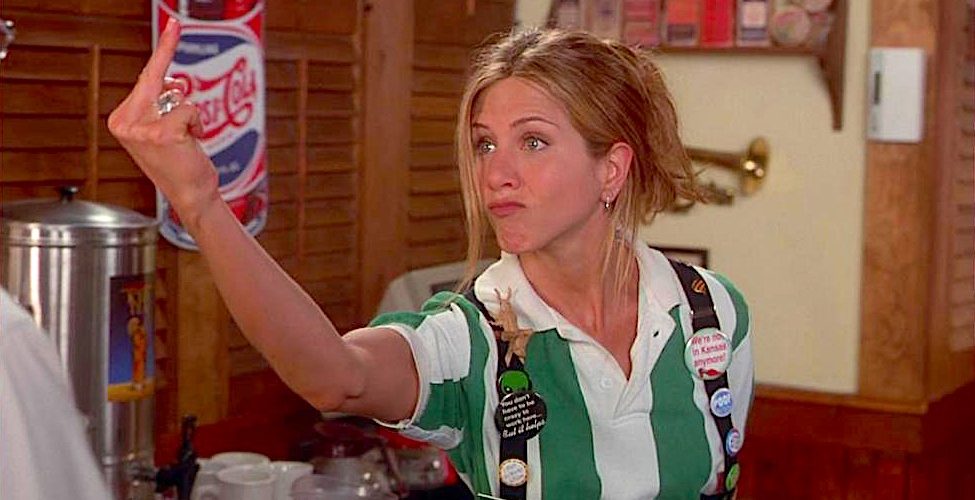 Everyone loves a good ‘rags-to-riches’ tale. Celebrities in particular are more respectable when you hear about their humble beginnings. It gives people a feeling of hope to hear about how their favourite actor or actress used to be earning minimum wage at a little known pub or restaurant. Here’s a list of actors who were waiters before they got their big break.

Before she was cast in ‘Transformers’, Megan fox was a bit-part TV actress who worked as a waitress at a diner. She recalls her constant fights she had with her mother: “When I was 10, I stole her purse and ran away. I went to the mall and spent everything she had. She obviously had enough of me.” When Megan arrived in LA, she had 2000 euros in her pocket, had nowhere to live and had no car. “I had 2 choices: become a hooker or get a job.” It was while she was doing her job that she got spotted by a model agent. Modelling soon turned into acting when she landed a role in the television show ‘Hope and Faith’. Soon after, she received a call from Paramount to audition for a ‘new action film’.

Chris Rock has come a long way from working as a dishwasher at the seafood chain ‘Red Lobster’ in 1989 on Queens Boulevard. “I used to scrape shrimp into the garbage can and then load up the dishwasher. That was my real job,” he has said on stage. “I never got a raise, I never got a promotion. They kept me in the back because I had really f—ed-up teeth and they didn’t want people to think that shrimp f—ed up your teeth.”

The two-time Emmy award winner’s first paying job was as a cocktail waitress in a Mexican restaurant called ‘La Cantina’. “Don’t worry about failure. Failure is a badge of honor. It means you risked failure.” Sarah has this Charlie Kaufman quote noted on her phone. She was even a victim of sexual harassment at her job.  One of her tweets reads as follows: “I was a waitress in HS. Boss called me in his office I was so scared. he just made small talk. looked down & he was stroking his penis…” The path to stardom is definitely dark and full of terrors.

In her junior year at college, Renee Zellweger’s father lost his job and was unable to support her. She was forced to take up a job as a cocktail waitress at a Sugar’s Go-Go lap dancing club in Austin, Texas. According to the bar manager, Zellweger could ‘turn on the charm at the drop of a hat and get big tips out of male customers’. Glimpses of that charm can be seen in the ‘Bridget Jones’ series of films.

In 1970, when Kathy Bates moved to New York City, she had to work various jobs in order to make ends meet. These jobs included a stint as a ‘singing waitress’ at a Catskill resort. She eventually established herself as a stage actress before making her way into Hollywood.

Amanda Seyfried is one of those rare people who dream small but achieve bigger. As a matter of fact, she dreamt that she could only work as a waitress or Broadway singer ‘at best’. When she was 17, she worked as a waitress at a retirement community before she went on to star in a series of hit films, ‘Mamma Mia!’, ‘Mean Girls’, ‘Red Riding Hood’.

Long before she was Peter Parker’s legal guardian, Marisa Tomei worked as a waitress at a Tony Roma’s. Ironically, her debut film was a role as a waitress in the 1984 comedy ‘The Flamingo Kid’.

Kristen Wiig, the real life version of Emma Stone’s Mia. When Wiig arrived in LA with no professional contacts, her income was erratic. She worked a series of day jobs which included being a waitress in the refectory in Universal Studios. Even today, when she sometimes run into someone on a TV show or a movie and wonder where she knows them from. “And then I’ll remember: oh yeah, I used to serve you Cobb salad.” Kristen Wiig spent many nights in contemplation about her career before got her break on Saturday Night Live: “You do have those moments when you’re like: have I given it a try, should I stop, should I quit? But, no. You have a family there, you have a space to put shows on. I would rather be doing what I love and living above a garage – which I did – than not.”

Before his acclaimed performance as Don Draper on ‘Mad Men’, Jon Hamm worked as a busboy, dishwasher and waiter at a Greek restaurant in St. Louis. “Working in a restaurant is a good life lesson for anybody,” says actor Jon Hamm. “I learned how to be nice to people and to ask for help when I need it.” He strongly believes this work sharpened his acting skills. He claims that no one should be able to work in Hollywood if they haven’t worked in a restaurant.

Before he became the goofy Chris Pratt we are so familiar with, the actor used to wait tables at a restaurant in Beverly Hills. Since the tips weren’t very good according to Pratt, he used to eat leftovers off of the plates of his customers since he wasn’t making enough money to buy his own food. ‘That’s how I ate. I had no money. ‘No one was coming to the restaurant so I wasn’t making any tips. It was really a place I’d go to eat.’ Chris Pratt is now estimated to be worth around 30 million dollars. If that is not an inspirational story, I don’t know what is.

Long before she made her name as one of Hollywood’s classiest acts, Julianne Moore, after graduating from Boston University, with a degree in performing arts waitressed at night while attending countless auditions and casting calls by day. ‘I’m a worker,’ she says. ‘I was a good waitress, because if you ask me to do a job, I’ll do it, no matter what it is. That’s an inspiring story of true grit and determination. Throw in a sweet little number from Ryan Gosling and you’ve got a sequel for ‘La La Land’ starring Julianne Moore.

The fact that Jennifer Aniston was a waitress has a tinge of irony to it: The character of Rachel she played on her breakout show ‘FRIENDS’ also started off as a waitress before making a name for herself in the fashion industry. Jennifer Aniston used to work at Jackson Hole Burgers in Manhattan, New York City. What’s interesting to note is the relationship she had with her boss at the place: “If I got a crappy little play down on 13th street or whatever awesome job I thought I had received,” she mused, “he would let me go for two or three months, and they would always let me come back. My job was always there.” As a matter of fact, when Aniston appeared on the Queen Latifah show, Latifah ambush-dialed Kimo which led to a pretty emotional conversation between Aniston and her former boss.

Before he gave that heartwarming speech on ‘The Beautiful Mind’, Crowe worked at a diner in Sydney, Australia in his youth. Wonder how he kept his world famous ‘temper’ in check there. I would have really not wanted to be in the shoes of his customers!

Sandra Bullock has had rather a complete career. Before she became Miss Congeniality, she worked as a bartender, hostess and waitress. As a matter of fact, actress Jennifer Coolidge, who happened to be a co-worker at the bar,(Now I really want to work at this bar!) said: “She was actually the hostess and I was the cocktail waitress. She ended up getting my shifts because I had such bad attendance.”

Amy Adams worked at a ‘Hooters’ when she was 18 years old. ‘It was a great job out of high school,’ she explained. ‘I was a hostess at first and then I waited tables for a while and it was a great way to earn money for a car!’  The pay according to her was completely worth the effort, at 7 dollars an hour, it was double the minimum wage. She humbly described it as a ‘fortune at that time’. She went from working at a small restaurant to negotiating with aliens who landed on Earth for the first time. What a journey for Amy Adams.