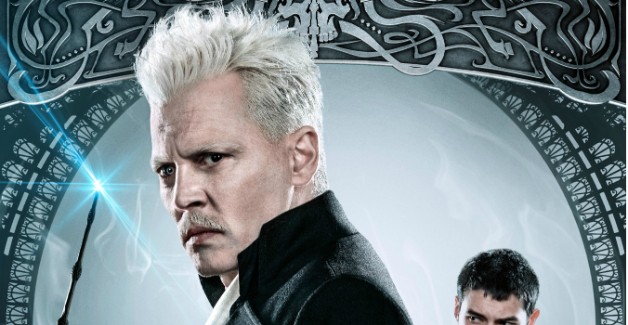 A return to the alluring magical world of Harry Potter is nearly two years away, and its a long wait for us, the muggles. Warner Bros. has set the release date for the third installment of ‘Fantastic Beasts‘ on November 12, 2021. The production of the movie is expected to start in 2020, reports THR.

“J.K. Rowling created an awe-inspiring universe that has captivated people of all ages, taking us on an extraordinary magical journey. Warner Bros. is so proud to be the cinematic home of the Wizarding World and is excited about the future of the Fantastic Beasts franchise,” said Ron Sanders, president, worldwide theatrical distribution and home entertainment at Warner Bros. in an official statement.

“We are incredibly excited about and have confidence in the ‘Fantastic Beasts’ series,” said Toby Emmerich, Warner Bros. Pictures Group chairman. “We all believe this release date will give the filmmakers time and space to allow their artistry to truly flourish and deliver the best possible film to our fans,” he added.

‘Fantastic Beasts 3’ is the third installment in a five-part movie franchise. Set in J.K. Rowling’s magical realm of Harry Potter, the franchise is a prequel to the Potter series. The franchise stars Eddie Redmayne as Newt Scamander, a magical zoologist in a plot that unfolds in the ’20s. The second installment in the series, ‘Fantastic Beasts: The Crimes of Grindelwald,’ was released on November 16, 2018, and met with mixed reviews. The first movie, ‘Fantastic Beasts and Where to Find Them’ was a blockbuster with a $814M haul worldwide. But ‘The Crimes of Grindelwald’ ended up grossing $653.6M, nearly $160M behind its predecessor.

Though Warner Bros. didn’t reveal the title or any other details of the movie, it’s almost certain that Eddie Redmayne will return as Newt Scamander in the third installment. Reports also speculate that Johnny Depp’s pureblood fanatic, Gellert Grindelwald and Ezra Miller will also make a comeback.

J. K. Rowling writes the screenplay for all five ‘Fantastic Beasts’ movies while David Yates, who helmed the majority of the Harry Potter movies, directing the franchise. Yates has revealed that each movie in the five-part series is set in different cities. 2016 flick, ‘Fantastic Beasts,’ was set in New York, while ‘Crimes of Grindelwald’ unfolded mostly in the backdrop of Paris.

“Jo’s already told us where the next one is taking place,” Yeats revealed to EW last year. “It’s very exciting. This is a global story, ultimately. And given that there’s a global audience for this, it’s all the more delightful to take the story to different parts of the world,” he added.