15 Best Fantasy Anime of All Time 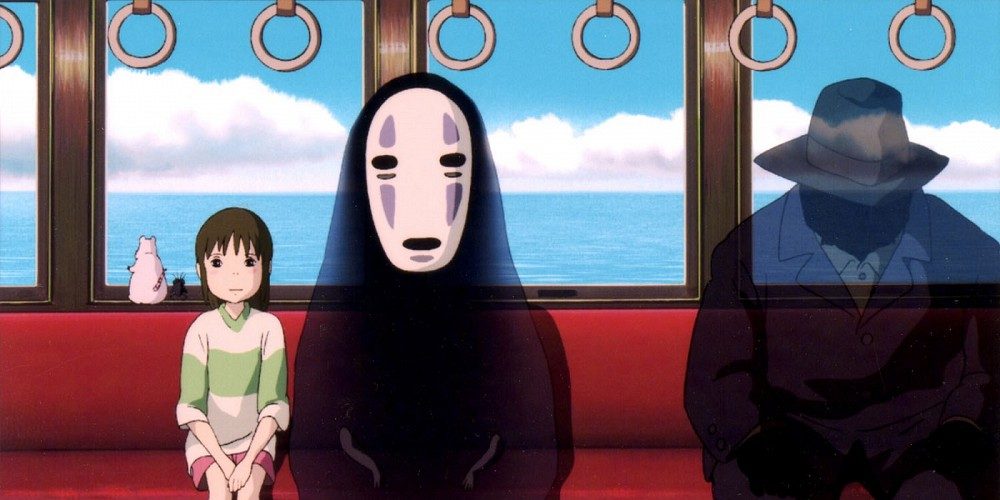 If there is one genre that has seen rapid explosion in the 21st century, it has to be fantasy. With the advent of modern technology in filmmaking, making fantasy films isn’t that difficult as it used to be. There are several big animation companies our there who assist filmmakers in realizing their vision. As a result, we viewers, get to see the most magical creations on the screen. Fantasy films allow viewers experience something imaginative away from all struggles of realistic world. That’s why they are so popular. Today, we will try to dig into the plethora of anime movies and shows and try to bring to you the list of top fantasy anime ever made. The list includes anime fantasy romance, dark fantasy anime, fantasy action anime and adventure fantasy anime. You can watch several of these best fantasy anime on Netflix, Hulu, Crunchyroll or YouTube. 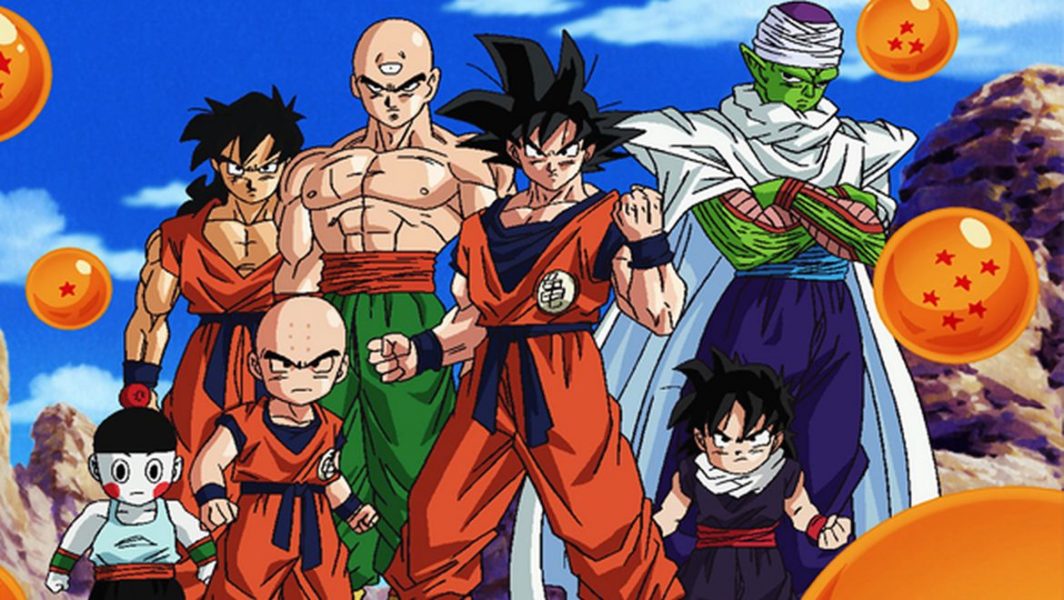 Let’s begin with the classic fantasy anime series ‘Dragon Ball’. I was quite young when I first started watching this series on Cartoon Network. I guess I first watched ‘Dragon Ball Z’ before I watched ‘Dragon Ball’. It was really fun, seeing Goku as a kid. How he loved and cared for his friends. how he came to realize his powers and even then he tried to be good. Yes, I know he loves strong opponents and enjoys fighting but that’s not my point. He could have gone the other way. Anyway, for the uninitiated, the series is basically about an alien named Goku who tries to protect Earth from various monsters all the while trying to get better. I mean seriously, he got so better, that he currently has a freaking God mode. 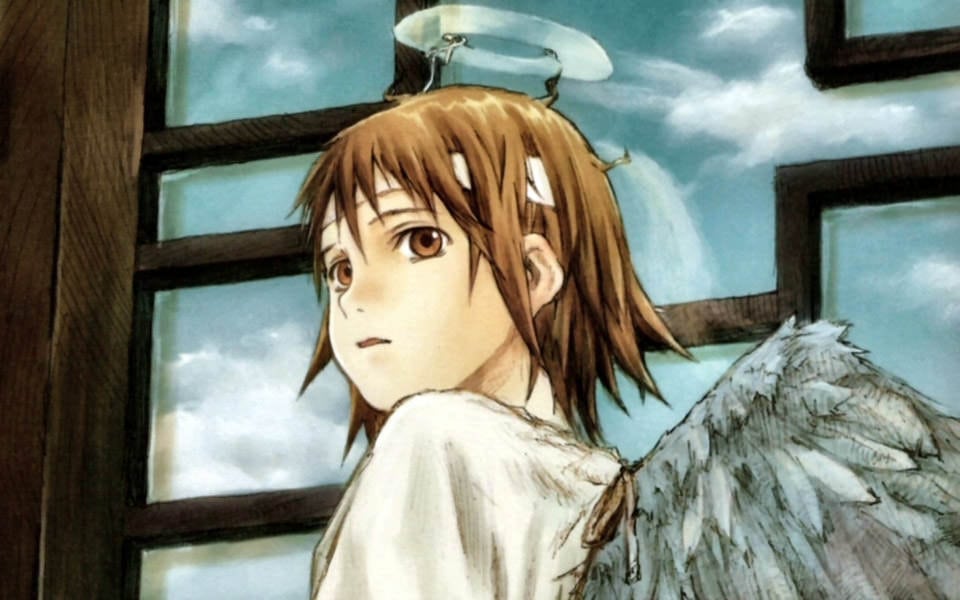 This is a nice little anime having a ‘mystery’ feel to it. The main protagonist is kinda different. Even the plot is something I couldn’t place anywhere else. The main character of the series is Rakka. She is a young Haibane. What is a Haibane, you ask? Well, Haibane is an angel-like being. They are born in a cocoon and have distinct physiological characteristics. They have small gray colored wings and possess a small halo floating above their heads, like an angel or something divine. Rakka doesn’t know much about her own species. She doesn’t even have much memory. All she knows is that in this village she is in there are certain rules must follow. One is to not go near the village wall. There is also a certain day, ‘Day of Flight’ when many of her species go missing. Rakka strives to uncover the truth behind the disappearings and know more about herself. 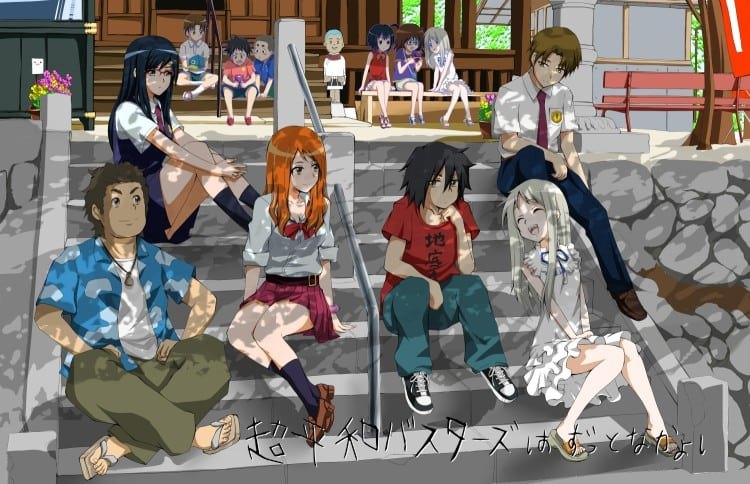 I loved this anime. It has a great plot and a great assortment of characters. The plot is basically focused on a group of childhood friends who used to be quite close. But after the death of one of their friends named Meiko, or Menma as they used to call her, their group disbanded and grew apart. Years later the plot focuses on Jinta who has become a recluse and doesn’t go to high school. He starts seeing the ghost of Menma who asks him to help her in fulfilling a wish so that she can pass on to the other world. Since she doesn’t remember her wish Jinta gets the group back together. Slowly, hidden feelings start to emerge as the characters start to reveal their emotions. 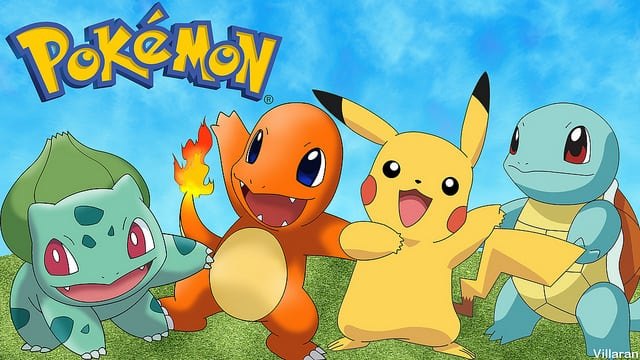 Call me a kid, but I think ‘Pokemon’ is fun. Maybe it used to be. I haven’t watched any recent movies or episodes, so I can’t say for the current state of the franchise. But anyway, I did enjoy the episodes that I watched. I love the creatures themselves. SO, much imagination and creativity have into each of them. I love how Ash Ketchum is used for teaching the kids and young adults that hard and determination can get you through anything. Then why do I watch it if it is for youngsters? Because I love the adventures and the characters. The main thing is that sometimes I like to immerse myself in a world full of amazing creatures who coexist with humans. But then again they use them for fights (I just contradicted myself, didn’t I?). 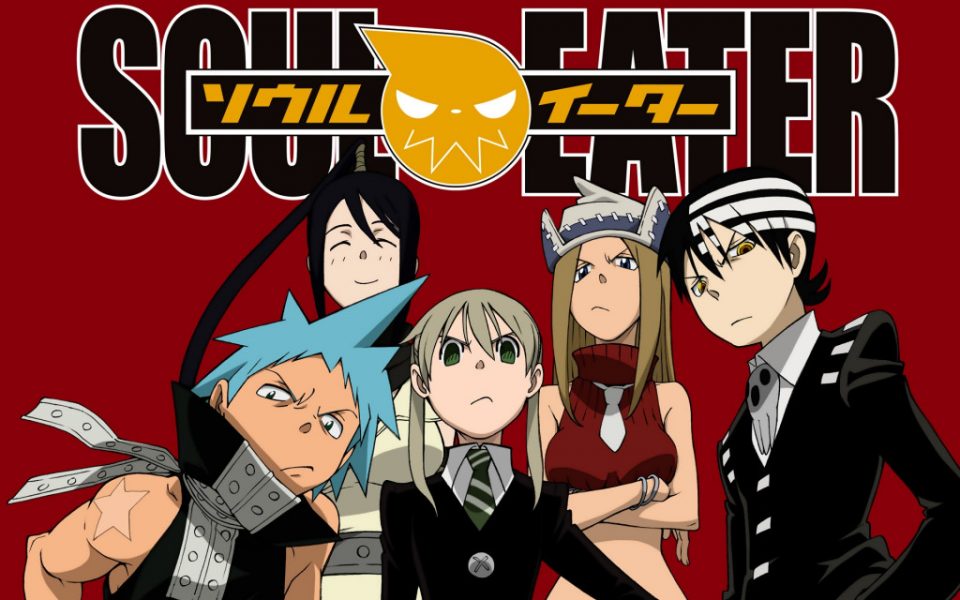 Death Weapon Meister Academy is a famous academy for raising Death Scythes for Shinigami. Yup, I said ‘raising’ and not making or creating. This is because the Death Scythes are not made from steel or any weird metal that can give you shiny claws. The weapons are special human hybrids who have the ability to transform into badass weaponry for the shinigami. The academy is headed by Lord Death. The series basically follows the life of the Death Scythes and their Meisters at they train with each other to bring out their true potential and fight evil. 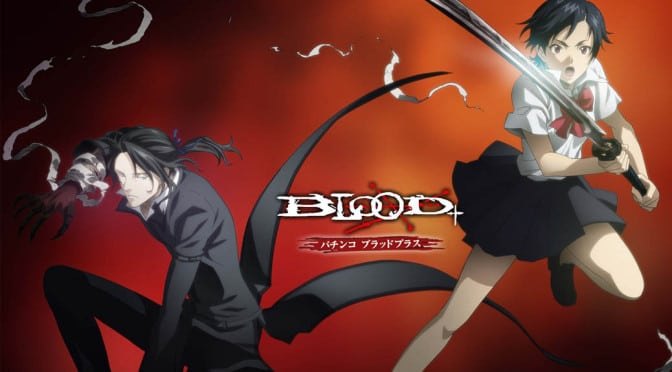 Saya Otonashi is the main character of this anime. She doesn’t remember who she actually is or what was her life-like a year before. She currently lives with her adoptive family. Her school life is ordinary and doesn’t see much excitement. But all changes when a creature attacks her in the school. The creature seems to feed on human blood. Saya is saved by a man named Haji who forces her to drink his bool. When she finally complies she ends up getting in a trance-like state and becomes powerful enough to kill the beast by using her own blood. She then learns that the man works for an organization trying to protect the world from such creatures. Saya decides to join the war. 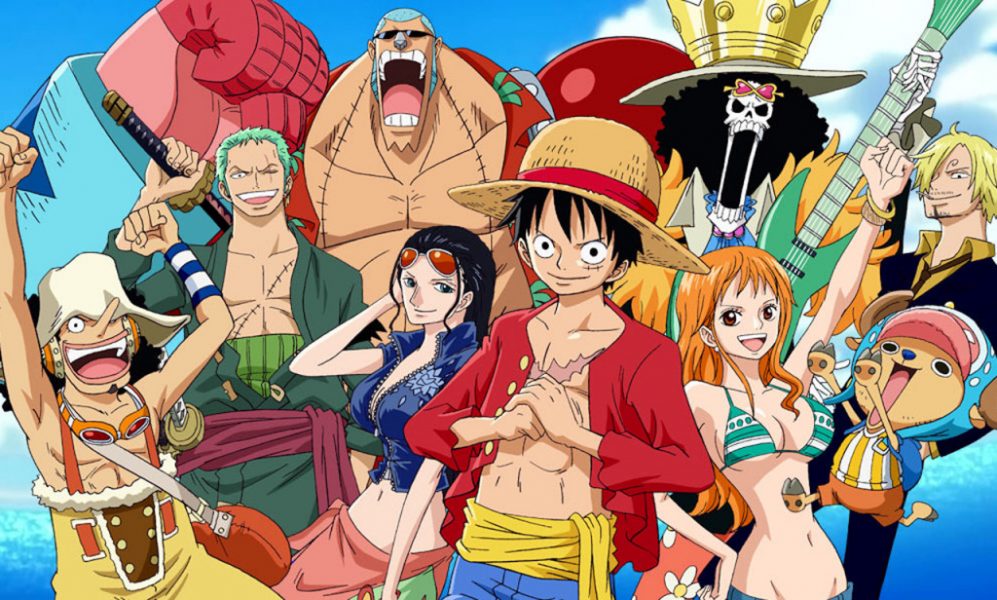 Though pirates in real life are a pain in the butt and are the cause of lots of problems in the sea, these pirates will make you fall in love with them. These are the ‘Straw Hat’ pirates from the pirate-themed fantasy, adventure series ‘One piece’. The series is really fun. It started almost two decades ago and have garnered millions of fans all over the world. The plot follows the adventures of Monkey D. Luffy and his team of pirates as he sets sail to find the treasure of Gol D. Roger and become the pirate king. Monkey has special powers using which he can elongate his limbs. This is because when he was a child he had eaten a devil fruit. 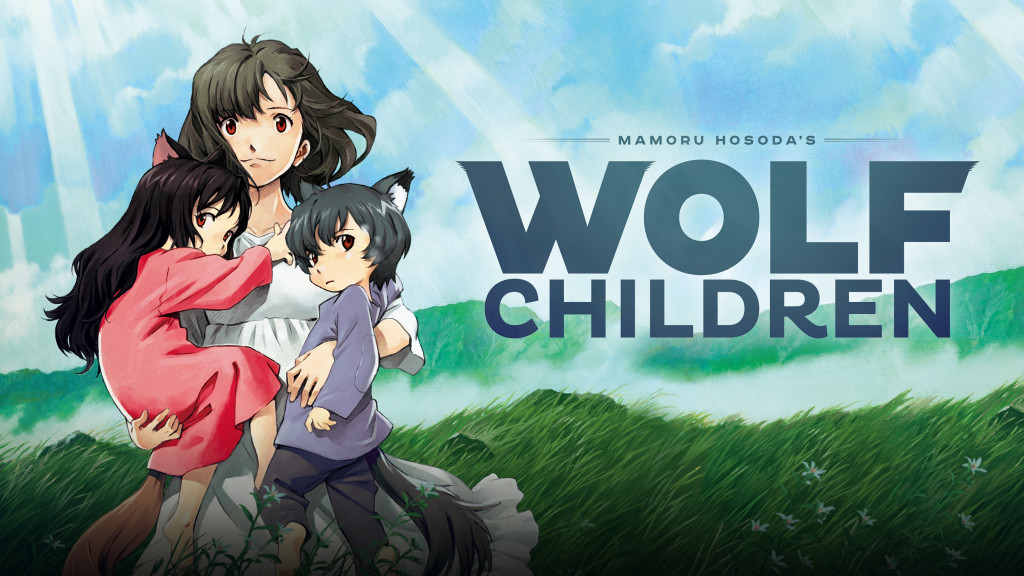 I have mentioned this before, I am mentioning this today and I will keep on mentioning this, Anime movies are awesome. You don’t have to use much of your time to watch them or be invested for months to complete the series. Two hours is all you need to be taken through worlds or learn about various characters and care for them. ‘Wolf Children’ is amazing. I loved this movie. It talks of a woman named Hana whose lover is a werewolf, the last of his kind. She loves him even after knowing the truth. They have two beautiful kids who inherit their father’s characteristics. But unfortunately, he dies, leaving Hana to care for her children alone. She decides to move to the countryside and give her kids the best life possible. This a really heartwarming tale. 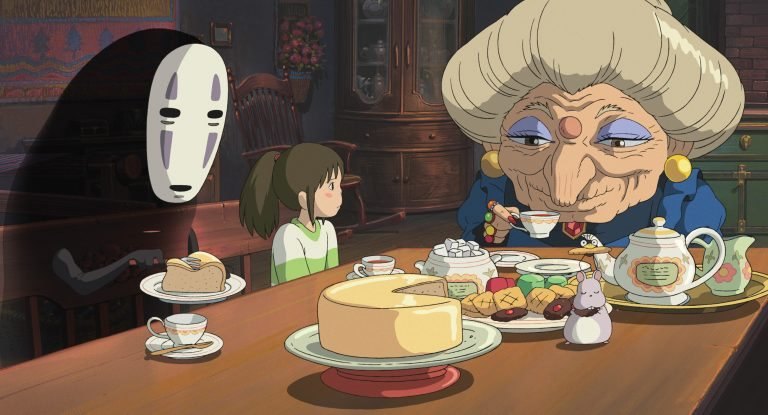 Up next is another great fantasy anime movie, ‘Spirited Away’. Chihiro Ogino is the typical mischievous kid you need to have in a fantasy movie. The kind of kid which pokes around everywhere curiously and ends up finding something fantastical and thus, starting the adventure. Chihiro is exactly like that. Once she and her parents find an abandoned amusement park while they were on their way home. She ventures into it. At first, everything is normal but come dusk, the atmosphere changes. Strange things happen. To her surprise, her parents turn into pigs. The adventure or rather the misadventure is just starting. 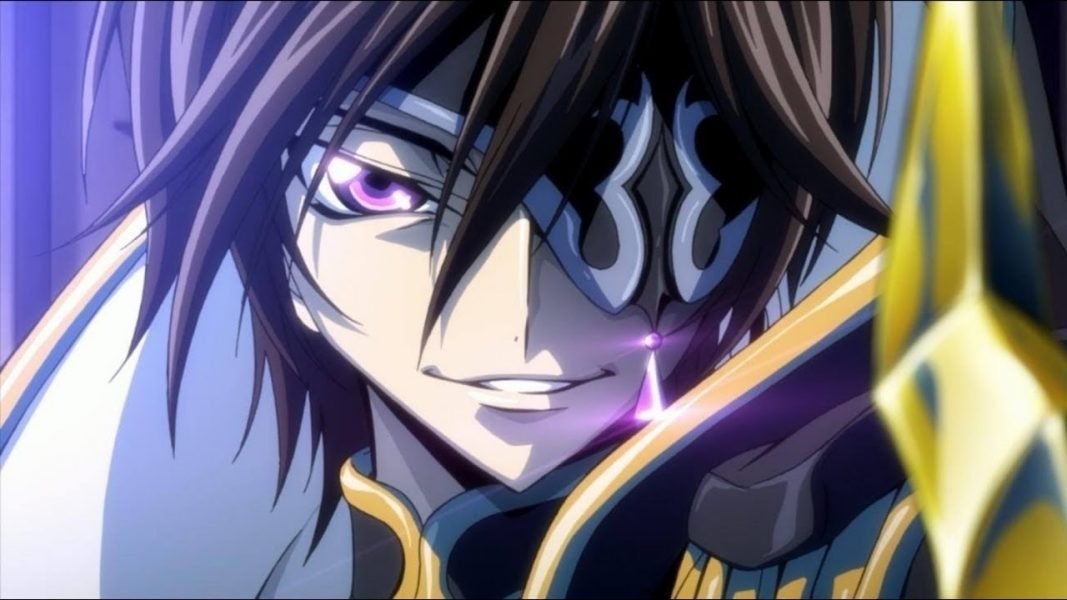 ‘Code Geass: Hangyaku no Lelouch’ is a popular anime and as some nice action. The plot is set in Japan. The Holy Empire of Britannia is a military body which seeks to conquer every land. it starts with the conquest of Japan. Lelouch Lamperouge used to a prince of Britannia. But now he has been exiled. He got in the crossfire but survived because of a mysterious girl named C.C who provides him special powers with which he defeats his enemies. He later realizes that this power has much more potential and decides to end the war by becoming a vigilante. 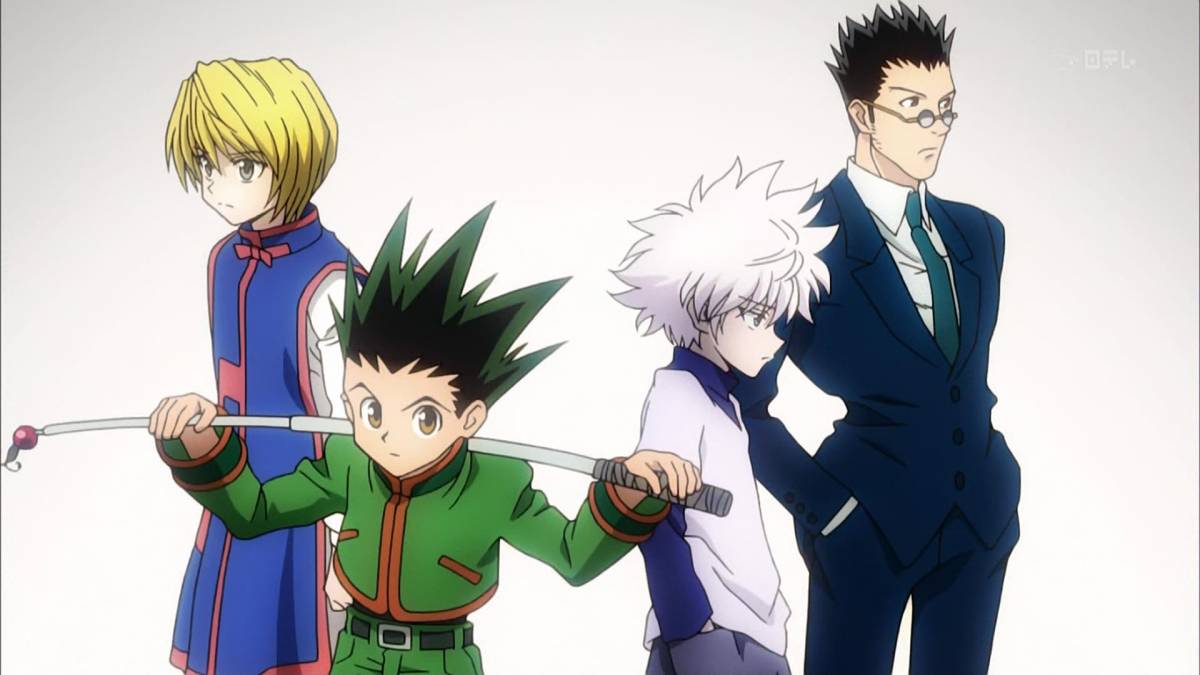 ‘Hunter X Hunter’ is another fun fantasy genre anime series. The plot follows the life of Gon as he embarks on a journey to find his father. The journey involves taking one of the toughest exams to become a hunter. There he meets a boy named Killua who hails from a family of assassins. Together they complete the exam (Spoiler!!!!!!!!!!!!!!!!!!!!!Killlua fails before but later completes it). After this, they continue the search for Gon’s father all the while getting stronger and having great adventures. 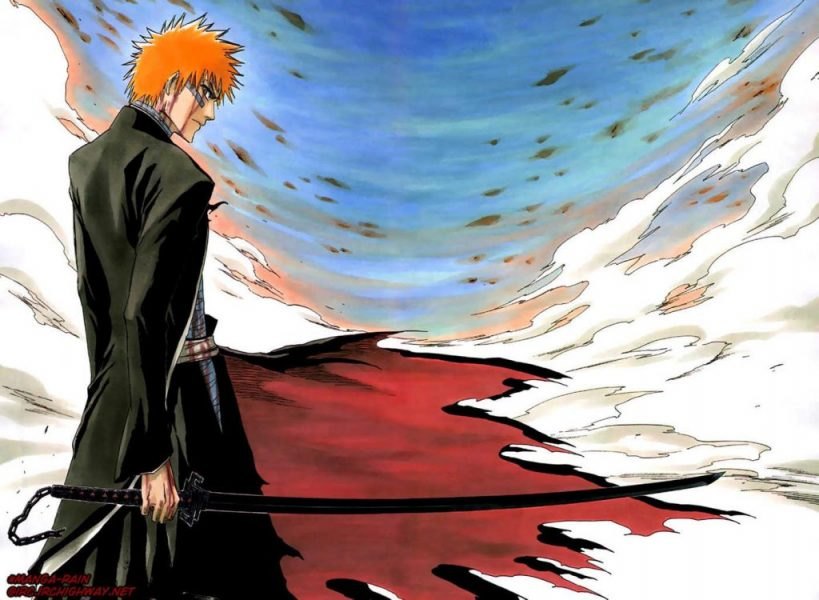 The main protagonist of the famous anime ‘Bleach’ is Ichigo Kurosaki. He has a strange ability that allows him to see ghosts. One day he ends up seeing a Shinigami fight a big monster near his house. The Shinigami is Rukia who gets hurt in the process. She lends Ichigo her power so that he can save his family, thus starting his journey as a Shinigami. The anime is great but yes you need to invest some time into it. It has 300+ episodes. 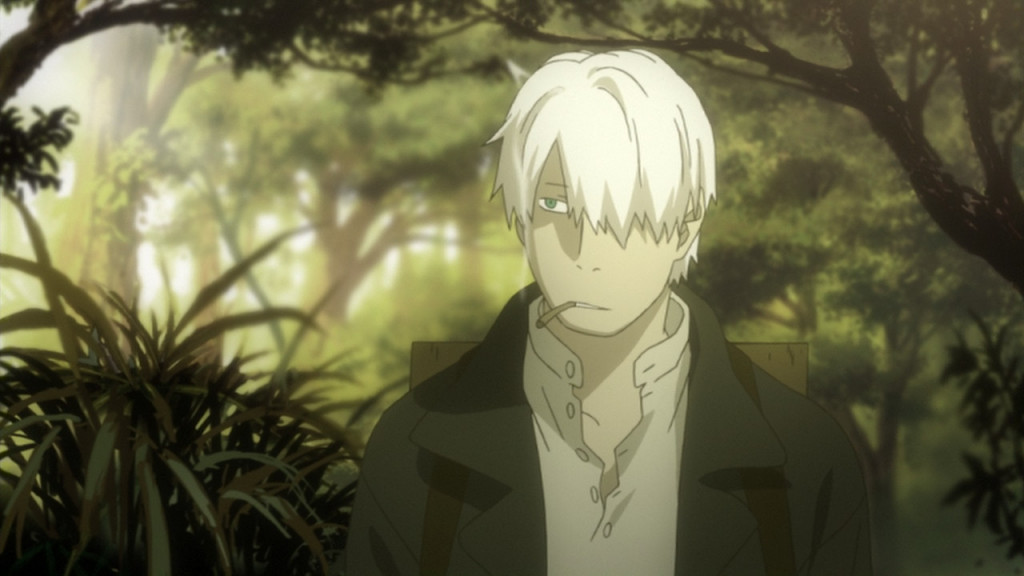 I included ‘Mushishi’ on the list because I am sure many of you have not heard of this anime. Before going into the plot let me just say this. The plot is kinda hard to explain. The plot is centered around a man named Ginko who is a Mushishi. Mushishi are people who investigate phenomenon related to Mushi. What is Mushi? Well, in the anime Mushi are a different type of life form which don’t have existence of their own. They are like parasites and use human hosts exist. They are said to be most basic form of life. The series follows Ginko as he tries to solve one case after another all the while getting closer to the truth about Mushi. 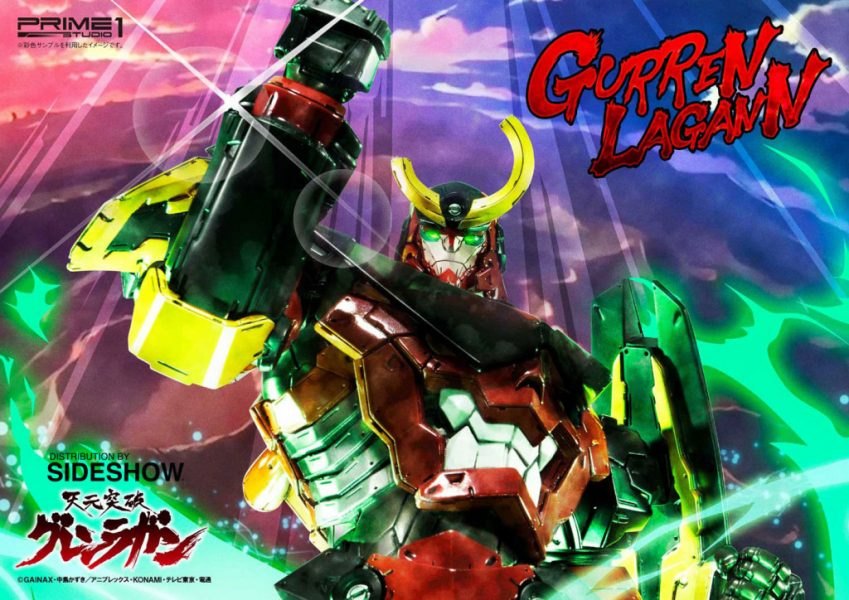 ‘Tengen Toppa Gurren-Lagann’ is a nice little fantasy, adventure genre anime series. The main protagonists of the show are Simon and Kamina. The duo has been raised in an underground village. For them and their people, the surface of Earth is a concept for fables and subject of imagination. But their life changes when they find an ancient war artifact which they name as Lagann. Fortunately for them, the weapon came in handy when a surprise attack from the surface was directed against them. After the battle, they decided to venture out in the open and explore the surface of Earth. 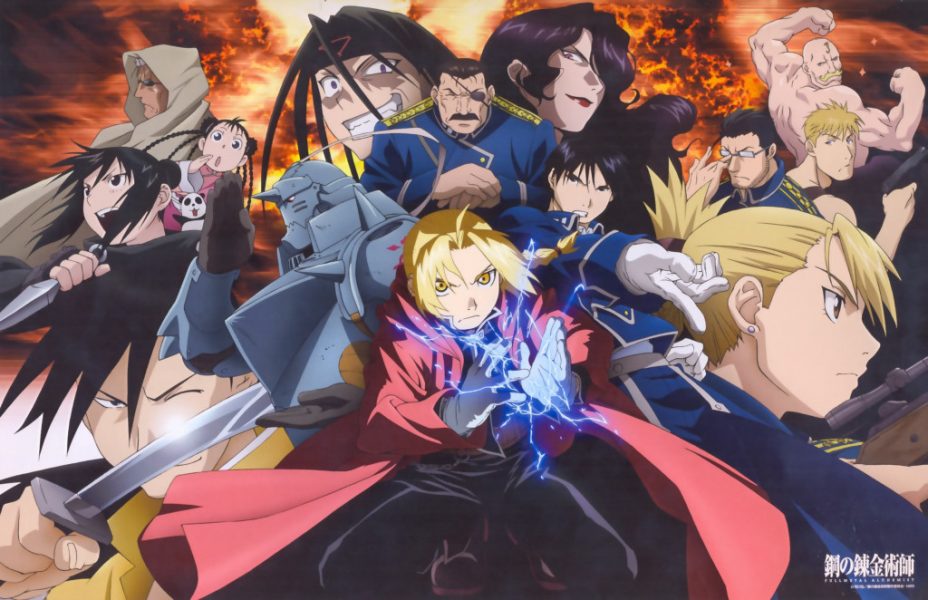 If you haven’t already watched this series then please do so. It is one of the most popular and critically acclaimed anime. The main driving force of the plot is the search for the philosopher’s stone. Edward and Alphonse are two brother’s who need the stone. They have once used an alchemy which backfired making Edward lose two of his limb and Alphonse lost his body. They now need the powers of the stone to recover themselves.