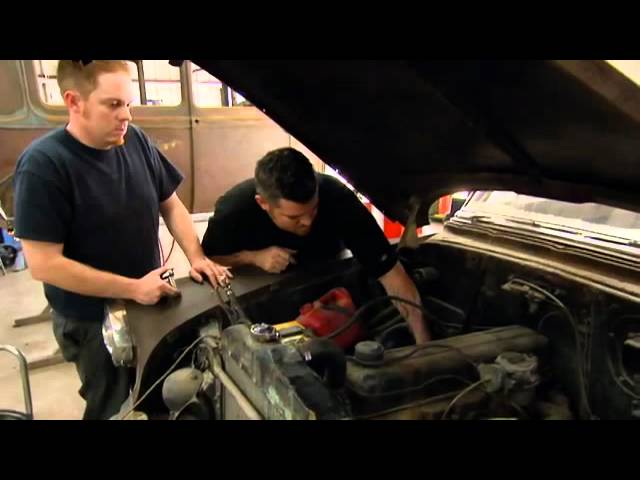 ‘Fast N’ Loud’ is Discovery’s reality show that follows the activities of the crew, housed at Gas Monkey Garage in Dallas. The series features run-down vehicles, which are then molded by the team into profit-generating automobiles. After a successful premiere run in 2012, ‘Fast N’ Loud’ has been renewed for 15 additional seasons. It has even spawned two spinoffs, ‘Misfit Garage’ and ‘Fast N’ Loud: Demolition Theater’, which are testimonies to its unparalleled popularity. Now that its 16th edition has concluded, here’s all you need to know about ‘Fast N’ Loud’ season 17.

‘Fast N’ Loud’ season 16 premiered on March 30, 2020, on Discovery. It ended with its 12th episode on July 8, 2020. You can watch all of the episodes on Discovery Go as well. The reality show has given rise to a loyal fanbase over the years, who tune in to watch every season without fail. Hence, the numbers, in terms of viewerships and ratings, have always remained almost constant for the series. If the crew featured in the reality drama decides to showcase more of their car-rebuilding prowess and Discovery echoes the same sentiment, we can expect news on another season in the next months. If renewed, ‘Fast N’ Loud’ season 17 will most likely premiere sometime in 2021, since the show has followed an annual release schedule since its 13th outing.

Richard Rawlings, the owner of Texas-based Gas Monkey Garage, leads the cast in ‘Fast N’ Loud’, accompanied by his expert crew. Discovery outlines the role of Rawlings and his crew in the series as follows: “Motor mastermind and entrepreneur Richard Rawlings of Gas Monkey Garage searches for derelict classic cars. To some, the cars look like rust buckets but to this crew, they’re gold and ready to be brought back to life.” As it is evident, the show is incomplete without Rawlings and he will definitely return in season 17.

What Can Fast N’ Loud Season 17 be About?

Since the 1950s, the US has served as a graveyard for classic cars. One can find vintage vehicles rusting to junk in overgrown fields, abandoned backyards, and derelict garages. But if you have the eyes, you can spot machines that can be revamped to fetch a lucrative price. Richard Rawlings and his crew at Gas Monkey Garage scout for these discarded vehicles and then overhaul them to redefine them as the fastest, meanest, and loudest machines ever! Season 17 will embrace the same format and follow Rawlings and the boys as they tackle a fresh bunch of rusted automobiles, holding the potential of generating the maximum profits.