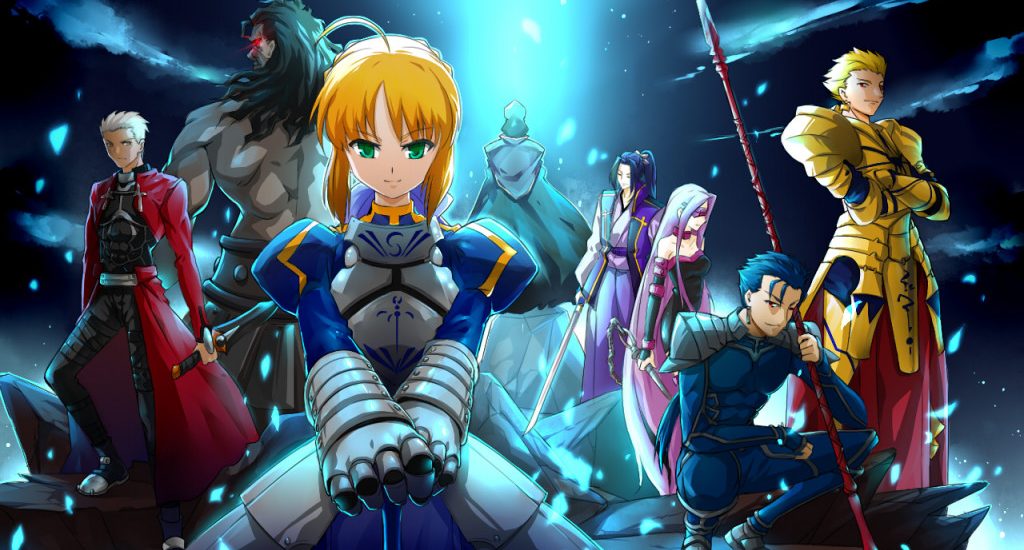 If you have been watching anime for a while, then you have probably come across at least one show that has been adapted from a visual novel. While many of these anime have made it big, the best example being ‘Steins; Gate‘, there are others that have failed to live up to the reputation of their source material. Speaking of which, ‘Fate/Stay Night’ has also been adapted from a visual novel that was an instant hit back in 2004, soon after its release. Though the anime may not be as good as the “almost perfect” novels, it proved to be better than most other similar anime adaptations.

For the most part of it, ‘Fate/Stay Night’ is a typical shounen anime where no character truly dies till the end and almost all the bad/good guys have personalities that keep changing over time. But then there are those few rare moments of the show that mildly hint towards the true potential that it holds. This is when you get all hyped about what may come next but soon after, you end up getting disappointed.

The mediocrity of the anime becomes evident from the story itself that remains stale for a long period of time but what makes you stay are the action scenes that have been pulled off with the most insane animation and fluidity. Though it follows a serious tone most of the times, the comedy comes off as a breath of fresh air, adding a new perspective to the overall plot. When it comes to character development, I have some mixed feelings about it because some characters who actually needed depth remained the same throughout. But then, there are also a few other characters who go through some exceptional development over a period of time.

Overall, ‘Fate/Stay Night’ does a great job of combining romance and action together without going too overboard with any of the two, although it could’ve added a little more comedy. The comedy plays a key role in lightening the overall serious tone of the show and it actually does it really well; so a little more of it wouldn’t have hurt. There aren’t too many “emo” scenes in the anime that will make you laugh or cry your eyes out but the overall action scenes and characters help you stick with it till the end. And though it could’ve done a lot better with its storyline, I still think it’s quite enjoyable, especially the intense battles that come by somewhere near the end of the first season.

Fate/Stay Night Season 3 Release Date: When will it premiere?

Apart from these, many different adaptations and alternate versions of ‘Fate/Stay Night’ have been made. The movie trilogy of ‘Fate/Stay Night: Heaven’s Feel’ is still in progress and is scheduled to release in 2020. Since the Studio’s focus is now on this part of the anime, it seems very less likely that they’ll think of switching back to the original series.

All things considered, instead of waiting for next season of the show, you should probably start catching up with all the alternate versions. You never know, you might enjoy some of these even more than the original. As soon as we come to know about ‘Fate/Stay Night’ season 3 release date, we will update this section.

The English Dub of ‘Fate/Stay Night’ is available on Crunchyroll and Amazon Prime.

‘Fate/Stay Night’ revolves around the life of Shirou, who is adopted by a magician named Kiritsugu Emiya after his parents got killed by a strange inferno. Emiya then teaches him his ways of alchemy and justice. One day, while Shirou cleans a school, he encounters two very strong superhumans who are known as the servants and are there for the sole intention of harming him. He desperately tries to escape and though he somehow gets away, he receives a life-threatening injury from one of the superhumans.

Shirou miraculously survives the injury but then the servant who had attacked him comes looking for him again to finish what he had started. To protect himself, Shirou decides to summon his own servant, who is a Knight named Saber. Together, Shirou and his servant find themselves in the middle of a war between seven servants and the wizards who have summoned them. The winning prize of this death battle will be the holy grail itself. In this life-threatening war, Shirou must stand against all the dark forces as a hero and fight until his very last breath. However, he must first understand that to be a true hero, one has to explore the darker side as well. 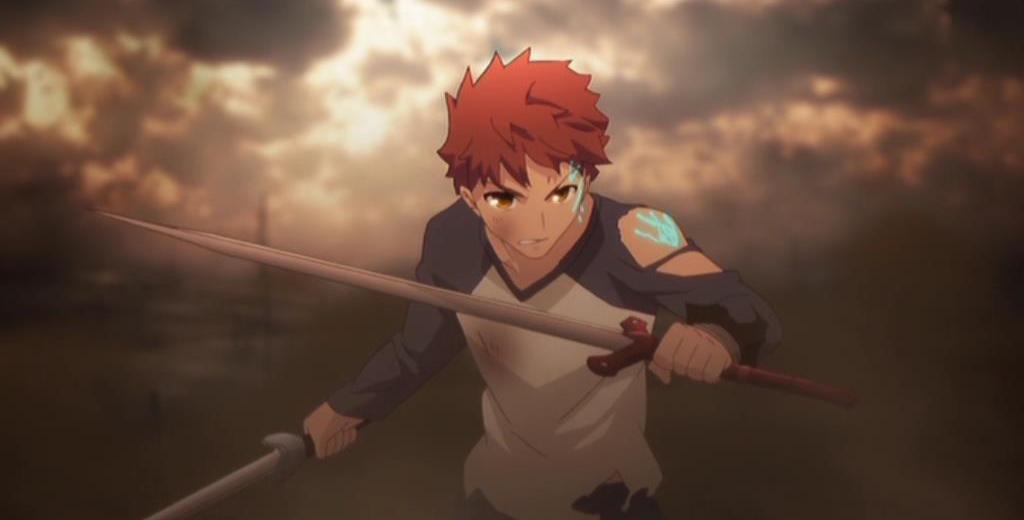 Shirou Emiya is the adopted son of Kiritsugu Emiya and also the owner of Saber the Knight, who fights alongside him in the fifth battle for the holy grail. Ten years before the beginning of ‘Fate/Stay Knight’, Shirou was living with his family in peace when one day, a sudden fire broke out and killed his parents. This is when the sage decided to take him under his roof and raise him. Though Kiritsugu had no intentions of teaching the boy magic, Shirou would persistently try to convince him to do so. One day, the sage gave in and taught Shirou some very basic tricks and moves that he could casually use for saving the lives of normal people. But this incomplete power later proves to be very harmful.

Shirou feels this emptiness inside him because he remains the only survivor of the incident. He feels it’s unfair that only some people are lucky enough to survive a certain situation while others just die. To fill this emptiness in him, he tries helping others as much as he can and also holds a strong sense of justice. 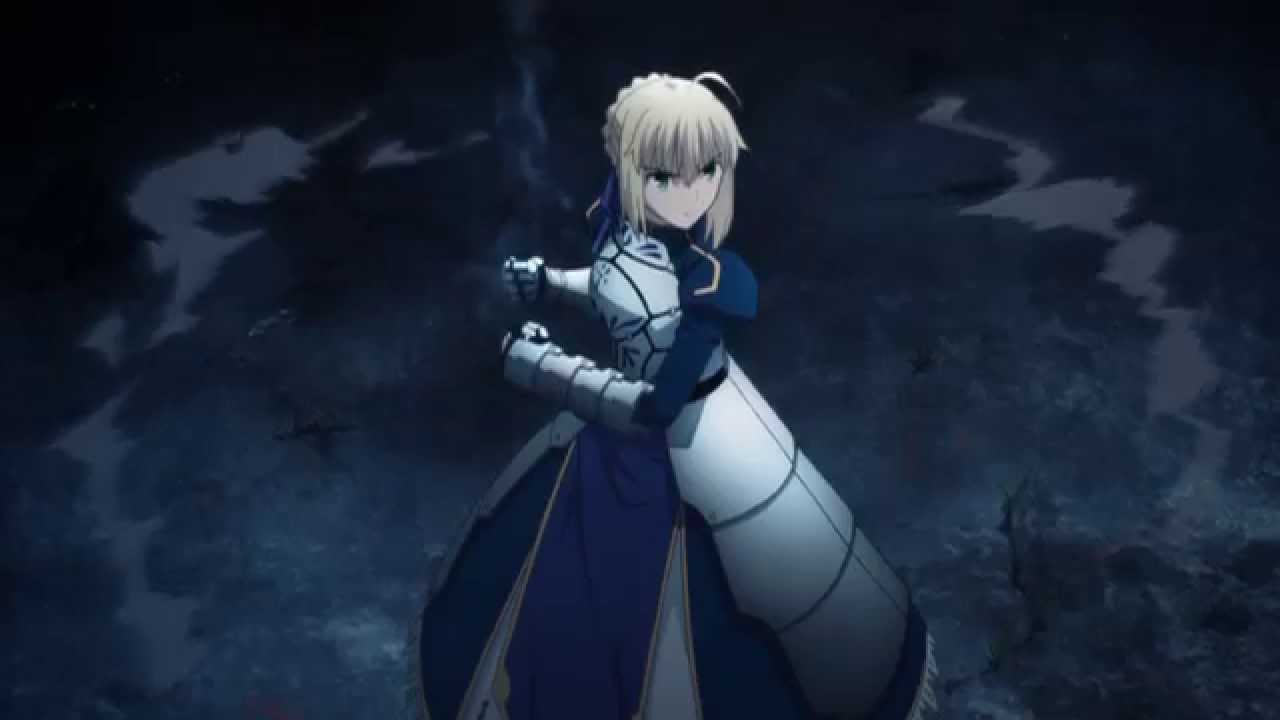 Saber is the servant of Kiritsugu Emiya in the fourth holy grail war and that of Shirou in the fifth holy grail war. The appearance of the saber is like a young woman who is in her late teens with a slender body, fair skin, and fine shiny long blonde hair. Her face shows a lot of maturity and experience that she holds from the past while she served Kiritsugu. She still appears to look like a teenager because her body has not aged at all. In every battle, she shows how strong her will power is and never fails to prove her loyalty towards her master. She never utters a single lie and follows a strict code of honor. Even though she has an undying hunger for the holy grail just like most other characters in the show, she never places her greed over her chivalry even if it puts her at a disadvantage. 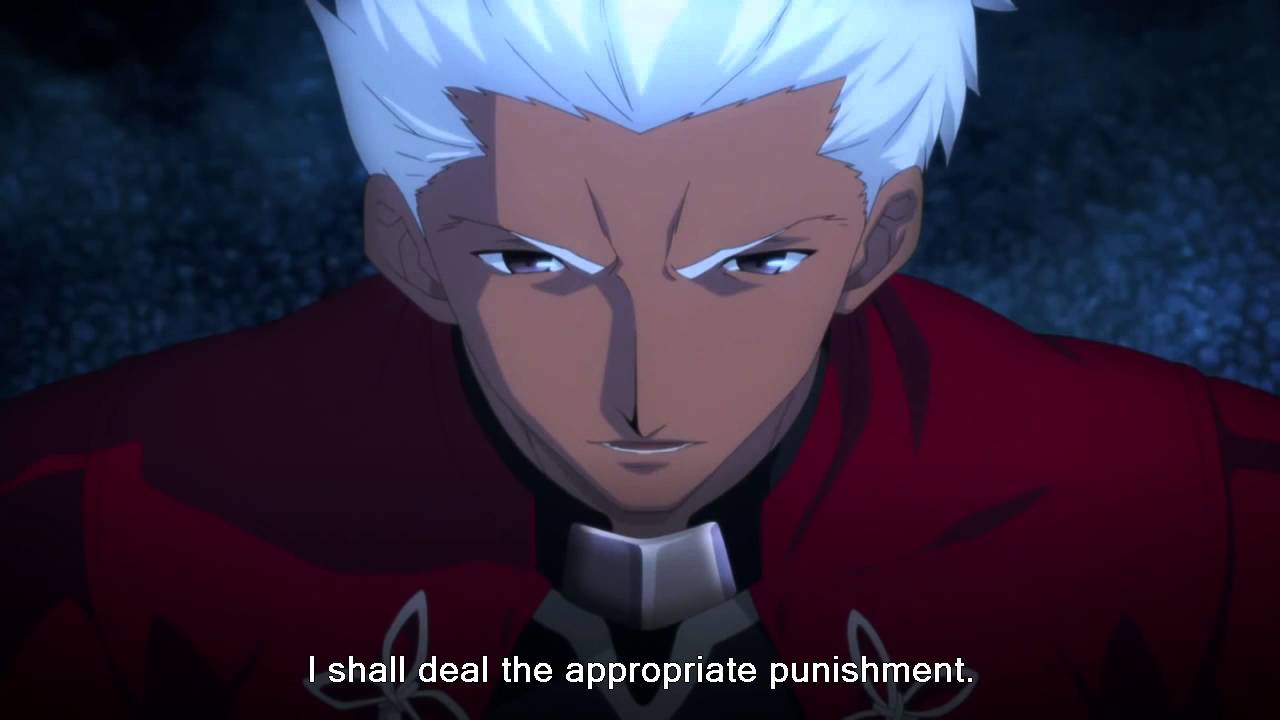 Archer serves as the servant of one of the main female protagonists named Rin Toosaka. He seems to have absolutely no memories of his past life. The reason behind his state of amnesia is his incomplete summons. Often, he portrays a very sarcastic personality on the outside but on the inside, he holds many other darker traits that slowly unfold throughout the span of the series. Archer is completely the opposite of Shirou and believes that giving up your own life for the sake of others is very stupid. There is a lot more to Archer than all of this, but to know more about him, you will have to watch the anime.