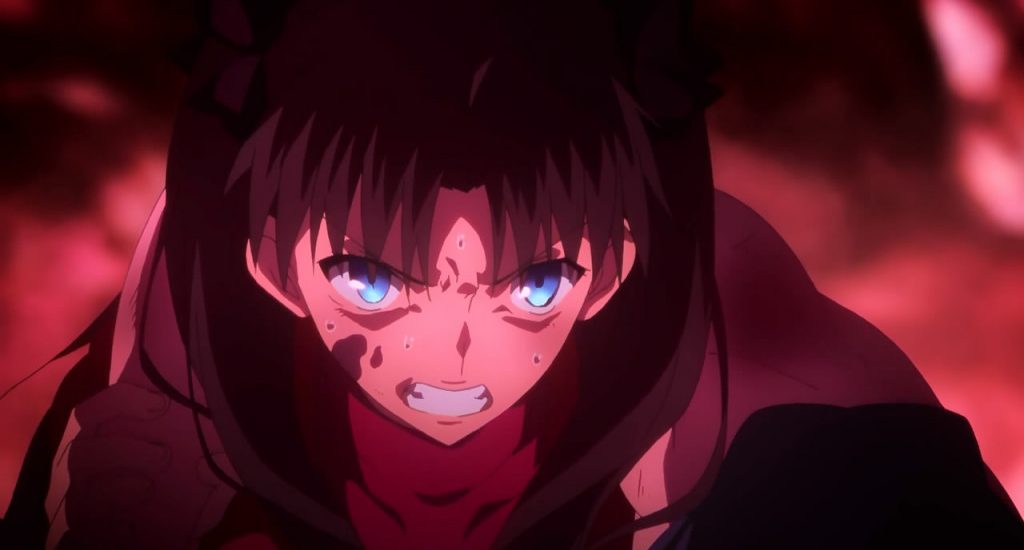 ‘Fate/stay night: Unlimited Blade Works’ is a massively popular anime that is based on the ‘Fate/stay night’ franchise produced by Type Moon. The anime started out as a probe by Hikaru Kondo into what could be further done with the characters of the franchise but most of the staff members he wanted to collaborate with were not on-board since they felt that the project was too ambitious. Hikaru wanted to highlight all the 3 story arcs that were present in the visual novel and this seemed a lot to take in at first. After much deliberation, they finally decided on the ‘Unlimited Blade Works’ route where they were free to explore the backstories and the conflicts between the archer and Shirou, the main protagonist of the visual novel. This actually provided them with a lot of freedom as they could depict a lot of new sequences that were not previously highlighted in the visual novel, leading to more audiences and an increased focus on creativity.

The anime was announced in 2014 and the production team started teasing the new animations and the cast working on it around July in the same year. Given the popularity of the franchise, it managed to generate a lot of hype with many making predictions about the plot even before the cast was announced. During this time, it was also revealed that the same studios will be working on the anime as the ones who worked on the 2011-2012 adaptation of ‘Fate/Zero’ and fans couldn’t be more relieved.

Takahiro Miura was chosen to be the director of the anime with characters designed by Tomonori Sudou, Hisayuki Tabata, and Atsushi Ikariya, which borrow heavily from the original designs provided by Takashi Takeuchi. Famed music composer Hideyuki Fukasawa was chosen to compose the background score and he does a phenomenal job of complementing the fight scenes with fast tempo beats that resonate with the action on-screen. Many critics and fans have praised the music direction of the anime and personally speaking, it’s a highlight for me.

Though we may be greeted with a new season of ‘Fate/stay night: Unlimited Blade Works’ in the future, it seems highly implausible, for now at least. We might get a follow-up series under a different name simply because the ending of the anime leaves its viewers with a lot more questions than answers, but going by their past history with the series, we don’t think that it will receive a direct sequel. In the unlikely scenario of the anime getting renewed, ‘Fate/stay night: Unlimited Blade Works’ season 3 release date could be sometime in 2021 or 2022. We will update this section as soon as we hear more.

The English version of the anime is presently licensed by Aniplex of America and can be streamed online on Netflix. You can also stream the anime on Funimation, AnimeLab, and Crunchyroll with its original Japanese audio and English subtitles.

Needless to say, the anime is extremely well received by fans and critics alike. Given the experience of the cast and the number of notable personalities working as a part of the production team, it’s inevitable to move some stones around. The first Blu-ray collection managed to sell a whopping 33,876 units in total, topping all the charts possible. It is impossible to tell if it was the success of this anime or the simple reboot of the series in the form of ‘Fate/stay night: Unlimited Blade Works’ due to which the Fate franchise became #1 when it came to collective CD, book, and video sales back in March 2015. Newtype magazine named the name the ‘Best Work’ of the year praising it for its in-depth character development and smooth transitions between frames. The theme song ‘Brave Shine’ still remains one of the best theme songs of all time and this too was acknowledged by Newtype, naming it their best pick. They also awarded Takahiro Miura as the best director of the year for his work on this anime.

The anime has also been praised by many for its amazing animations that set a whole new bar for the entire industry. The art direction, the combat sequences, the character interaction, all seem fluid, making it an incredibly immersive experience for its audiences. We found ourselves glued to our computer screens, afraid to blink for fear of losing out on the action — it is that fast paced. In addition to the intense combat sequences, the development of the central character Shirou has also been a hot topic for many.

Kotaku, in their review, pointed out the brilliant direction of Shirou and his ideals that completely managed to differentiate him from the archer and Kiritsugu. It is important to note here that the brilliance of the anime shines only when one is aware of the characters and their background. Therefore, we highly suggest that you watch the original visual novel and ‘Fate/Zero’ before getting into this one. Some of the characters here enter the scene abruptly almost as if it assumes that you are coming here after going through the original series and are familiar with their intentions and agenda.

In addition to some stark differences between the visual novel and this one, the biggest of which being Rin’s involvement in the plot, some of the other characters too have evolved and play a larger role in the overall plot, which some consider a major plus point over the 2006 adaptation by Studio Deen. However, both have their positives and negatives and therefore, we recommend watching the series chronologically so as to not miss out on anything.

The plot of ‘Fate/stay night: Unlimited Blade Works’ follows the story of Shirou Emiya, a strong, honest and hardworking teenager who was orphaned at an early age, He was taken in by his master, a retired mage called Kiritsugu Emiya, who teaches him of the ways of magic and fighting. However, his master soon passes and he is left to fend for himself. Having an extremely idealistic nature from birth, first having escaped death as a child and later being cared for by a stranger, he jumps at the opportunity to help others despite being turned down and abused by people for his generosity.

One day, while roaming the area around his school, Shirou accidentally witnesses two powerful creatures fighting. These turn out to be Archer and Lancer, two champions who are fighting for the ‘holy grail’. He is soon discovered and the two characters then proceed to attack him as the rules of the tournament dictate that anyone who comes to witness the fights must be eliminated. Unable to escape, he takes the full force of their attacks that renders him nearly dead.

At this point, Rin Tohsaka decides to intervene and rushes to Shirou’s side, ultimately managing to revive the near-dead child. Rin turns out to be Archer’s master but Lancer, taking advantage of the chance, attacks Shirou again, who is defended by Saber, his faithful summon. However, Shirou doesn’t realize that by summoning Saber he has been accidentally enrolled into the tournament and the marks of the same appear on his hands. The anime goes on to show how Shirou forms an alliance with Rin and starts to learn more about the tournament and its rules. It also shows the development of the character of Rin, which seemed a bit underrated in the 2006 adaptation by Studio Deen.

Shirou Emiya: Shirou Emiya, or Shirō Emiya, is an honest and hardworking 17-year-old boy and the main protagonist of the story. He is the sole survivor of a deadly fire that consumed his entire village, rendering him homeless at an early age. He is eventually taken in by Kiritsugu Emiya, who cares for him and teaches him how to fight. However, he too soon passes away, leaving Shirou alone yet again. After accidentally witnessing a fight for the ‘holy grail’, he is forced into the tournament without having any intention to partake in the first place.

Saber; Acting as Shirou’s summon for the fifth Holy Grail war, Saber is an extremely powerful yet reserved character. Although she appears to be cold and heartless, she does have her moments of emotion. However, she feels it is important to maintain her cold and strong demeanor in order to focus on her goals. She is often tired with Shirou for taking the higher road and feels that his actions will risk the chances of them winning the tournament.

Rin Tōsaka: After maintaining a low profile in the original adaptation by Studio Deen, we are finally able to witness Rin in all her glory. An extremely reserved and a model student in her school, she is also a mage in secret and one of the masters in the Fifth Holy Grail War.