Will There be a Father Brown Season 8? 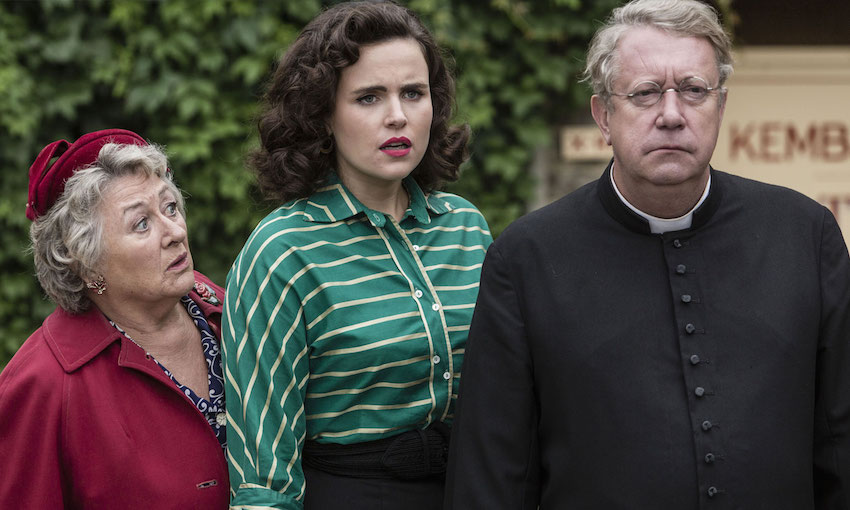 ‘Father Brown’ is an exemplary piece of British period drama that has found its way to capture the hearts of millions of families in the Uk and US. It originally aired on BBC One in the UK on January 14, 2013. The story is based on an eponymous crime-solving Roman Catholic priest, who finds himself entangled in multiple high-profile crimes in the city. Inspired by the short stories by G. K. Chesterton, ‘Father Brown’ has, to date, spanned seven successful seasons. Now, will there be a ‘Father Brown’ season 8? Let’s find out.

Father Brown Cast: Who is in it?

Father Brown, played by Mark Williams from ‘Harry Potter‘ fame, is an unassuming, a bit disheveled, polite, and slightly disorganized Roman Catholic priest. Yes, he does not leave much of a first impression. But this external facade is what masks his extreme intellect — which proves handy in apprehending wrongdoers. Father Brown harbors an innate love for humans and understands people, allowing him to save souls and protect victims. The highly witty detective is a World War I veteran who still suffers from the trauma of serving in the Gloucestershire Regiment.

Sorcha Cusack stars as Mrs. Bridgette McCarthy née Maguire, an Irish parish secretary at St Mary’s. McCarthy is Father Brown’s primary confidante, who verifies the facts and figures for every case that comes across the table. She even defends Brown from the occasional wrath of the congregation and ensures that he regularly takes his meals.  Known for her delicious strawberry scones, something that she always brags about, McCarthy loves participating in gossip. She is separated from her husband and often, gets into petty arguments with Lady Felicia, although both of them are close friends.

Felicia, Lady Montague née Windermere, played by Nancy Carroll, is a countess and a socialite. Her husband is frequently away and this leads to her attention always being drifted to other men. Felicia holds a deep respect for Father Brown and supports him in all his trysts. Sidney Carter aka Sid, enacted by Alex Price, is Father Brown’s rookie informant. He makes occasional deals in the black market and works as Lady Felicia’s chauffeur. Father Brown appoints him as the church handyman with an effort to keep him on the right path. Sid has multiple links with the crime world and his tips often come in handy while cracking touch cases.

Zuzanna Jasinski (Susie), played by Kasia Koleczek, is a housekeeper, working part-time for Father Brown. She lives in a nearby Polish resettlement camp in the neighborhood. Lady Penelope Windermere (Bunty), portrayed by Emer Kenny, is Lady Felicia’s stubborn niece. She needs to protect her repo after she is photographed leaving a certain nightclub with a married man. Bunty’s name even comes up in the divorce proceedings related to the said man.

Hugo Speer stars as Inspector Valentine, the head of the town’s police department. Although Valentine admires and respects Father Brown, he is often frustrated with the latter’s meddling nature in cases that are meant to be the cops’ business. He tries to team up with Brown but often cannot agree with the priest’s uncommon, unconventional methods. Inspector Sullivan, played by Tom Chambers, is the replacement for Valentine in season 2. A bit haughty and stubborn, Sullivan does not support Brown’s methods in the beginning but eventually gives in.

Inspector Gerry Mallory, played by Jack Deam, replaces Sullivan in season 6. He is much better than his predecessors and usually proves resourceful when enthusiastically helping Brown solve his cases. Sergeant Albright (Keith Osborn) is dogsbody to both inspectors Valentine and Sullivan. Albright is replaced by Sergeant Daniel Goodfellow (John Burton) in 2014. M. Hercule Flambeau, played by John Light, is Father Brown’s arch-rival. He is a notorious jewel and art thief, without a shred of conscience.

Father Brown Plot: What is it about?

Set in the early 1950s, the events of ‘Father Brown’ take place in the fictional village of Cotswold in Kembleford. This is the hometown of Father Brown, a Roman Catholic priest at St Mary’s Catholic Church. He is known for his knack in solving even the most twisted murder crimes. He is often interrupted in his investigations by the town’s meddling police chief, who usually ends up catching the wrong suspect.

Father Brown’s unique capabilities lie in being able to use human resources, including close friends, witnesses, and even crooks. Coupled with his razor-sharp wit and skills, he cracks mysteries with ease. Even his role as a priest enables him to better understand people. Father Brown is extremely devoted to the Seal of the Confessional and this usually leads him to trouble. The story is set in post-World-War II Britain when the death penalty was inevitable for grave crimes, especially murder. Although Brown is completely against crimes, he strongly opposes capital punishment.

Season 8 embraces the same trope as its predecessors and follows Father Brown as he gets engaged in several brand new investigations. In one episode, we see him tackling the murder mystery of an eccentric housekeeper. In another episode, he needs to step in when Mrs. McCarthy’s family reunion is threatened by the predictions of a fortune-teller. Again, when Bunty is accused of murder, Brown must find the real perpetrator, in a race against time, before the former is sentenced to the death penalty.

Father Brown Season 8 Release Date: When will it premiere?

‘Father Brown’ season 7 premiered on BBC One on January 7, 2019. It wrapped up with its 10th and final episode on January 18, 2019. In the US, the series airs on around 40 public television stations, including PBS.

Now, as far as another season is concerned, you will be elated to know that star John Burton, in June 2019, had already confirmed the eighth season via his Twitter account. We don’t know about the exact air-dates yet. But considering its fairly regular schedule, we can safely predict that ‘Father Brown’ season 8 should release sometime in January 2020 on BBC One in the UK.

While we wait for an update on ‘Father Brown’ season 8 release date, you can check out the official promo trailer for season 7 right below: