When Will Fear Thy Neighbor Season 7 Premiere? 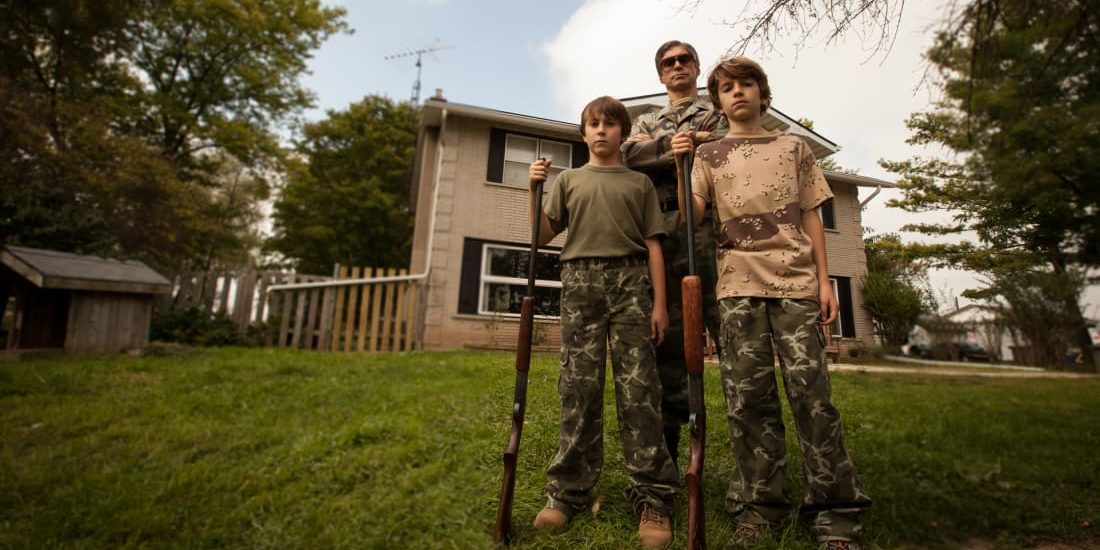 ‘Fear Thy Neighbor’ is a true-crime documentary tv series that airs on Investigation Discovery. It originally debuted with its first season on April 14, 2014. The show, as the name suggests, narrates tragic incidents, which are often the aftermath of neighborhood arguments, jealousies, and conflicts. The show has had six successful seasons till now. Here’s everything we know about Fear Thy Neighbor season 7.

Fear Thy Neighbor Cast: Who is in it?

Most of the episodes of ‘Fear Thy Neighbor’ are narrated by voice actress Tish Iceton, also known for ‘The Living Beach’ and ‘Passport to Murder’. She is joined by a rotating panel of detectives, cops, and investigative officials who were involved with the featured case during the time it happened. Additionally, the show tells the stories through visceral drama recreations, accompanied by first-person testimonies from those who were either victims or witnesses of such terrifying occurrences.

Fear Thy Neighbor Plot: What is it about?

Each 60-minute-long episode of ‘Fear Thy Neighbor’ tells one tragic true story, when an innocent individual or family takes up residence near someone who might turn up to be their greatest nightmare. This real-crime-inspired documentary chronicles how everyday feuds can culminate in terrible consequences.

Season 5 of the docu-series tells some very interesting cases. For instance, two families with kids are quite close to each other. However, when one of the matriarchs starts setting ground rules for the other on how to raise children, things take an ugly turn and conclude with violent aftermath. Again, a man takes early retirement, purchases a duplex apartment for himself, and rents out its other half to a family. The husband of the new arrivals is abusive and the owner takes matters into his own hands, asking the former to leave his premises. But matters get complicated when an extramarital affair starts brewing between the remaining members in the house.

Two bachelors get along fine until they start threatening one another. Seemingly harmless banter turns into one of the most violent murders in history. Irving Galarza rents out his home to new tenants and hopes that they will be better than the former inhabitants. However, he later comes to know that the new family is even worse. Increasing conflicts finally lead to a bloodbath that claims multiple lives. A single woman and her daughter live an isolated life in their neighborhood. They are happy when the house next door is taken by a single man and his two daughters. They become instant friends but an accusation about molestation causes an ugly spat and a gruesome homicide.

Two females and good friends since childhood are next-door neighbors. But when one’s ex-husband is smitten by the other, we witness a shocking act of violence that leaves everyone horrified. A couple from Michigan shifts to Florida. But after reaching, their lives take a terrible turn when they meet a psycho neighbor. Another episode is about a family who is completely in awe with their new house. However, they are irritated with the constant squawking of some mockingbirds that often come and sit on their lemon tree in the backyard. A simple feud starts between the neighbors and soon progresses to a tragic murder.

Next, we meet this man who is very particular about his lawn. When his neighbor does not share the same values, it leads to a simple argument, culminating in a surprising, horrible death. A woman develops a close friendship with her new neighbors. But gradually, she gets pulled into a world of threats, violence, and betrayal. As her brother arrives in the scene to speak up for her, it results in bloody repercussions.

Season 6 delves further into this subject and brings us even more appalling cases of homicides that have happened in American neighborhoods in reality. For instance, in one episode, we follow a couple who move to the countryside, hoping that they will finally be at peace from the chaos of the big city. But when they discover that their new neighbors are involved in the drug trade, it leads to a huge conflict with deadly results that affect their kids.

Fear Thy Neighbor Season 7 Release Date: When does it premiere?

As far as a next season is concerned, it is not really difficult to predict its premiere date. With its strong, consistent ratings, we expect the show to get renewed and ‘Fear Thy Neighbor’ Season 7 is expected to release in August 2020.

Check out the official teaser for episode 1 from season 6 right below. You can also head to their official website if you wish to catch up on the latest clips and previous episodes from the show.