Felicity Huffman is one of the most talented American actresses working today. The actress has received several accolades including a Primetime Emmy, a Golden Globe, as well as three Screen Actors Guild Awards. However, she has recently been in the news due to a controversy. She was part of a nationwide college entrance exam cheating scandal and has pled guilty to the charges against her. Her sentencing is scheduled to take place on September 13, 2019.

Before all of this, Felicity Huffman began her acting career on the stage. She started in theatre, which is where many powerhouses of talent are born, and in the 1990s, she had done several roles in films and television shows in a supporting capacity. Felicity is perhaps best known for her role in ‘Desperate Housewives‘, for which she won the Emmy. Having proven herself in mainstream television, Huffman aimed for higher goals and garnered a lot of critical praise for her performance as a transgender woman in ‘Transamerica‘, a 2005 independent film. This role also won her an Academy Award nomination.

She has also appeared in several notable films like ‘Reversal of Fortune’, ‘Magnolia‘, and ‘Cake’. She also appeared in ‘American Crime’, an ABC series where she delivered yet another fantastic performance and gained three Emmy nominations, two Golden Globe nominations, and a Screen Actors Guild nomination. So now you must be wondering what is the next Felicity Huffman movie or TV show? Well, here’s the list of upcoming Felicity Huffman films and TV shows scheduled to release in 2019 and 2020. 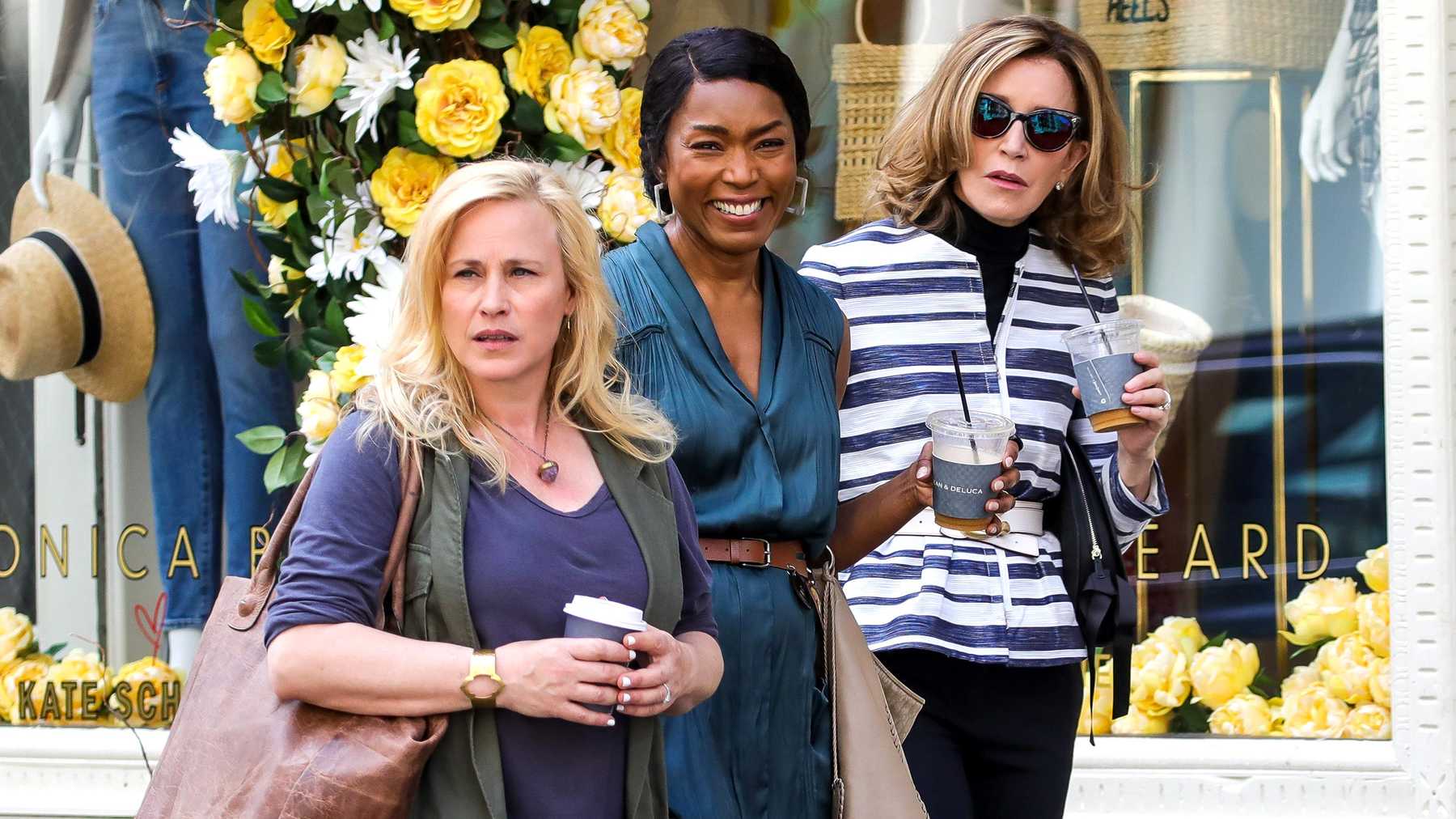 ‘Otherhood’ is the first movie which prominently stars Felicity Huffman after her scandal. I’m sorry to keep bringing it up, but the incident has colored all of her works and those that are coming up as well. The Netflix project was pushed back from its initial April release to ensure that the backlash from the scandal did not affect the movie. The plot of ‘Otherhood’ focuses on three mothers who are empty nesters and long-time friends. They decide to visit their grown-up sons in New York, dropping in on Mother’s Day. Instead, this leads to a chain of events that makes them realize that it is not only their sons’ lives that need changing.

Apart from Felicity Huffman, ‘Otherhood’ has other A-listers like Patricia Arquette and Angela Bassett. All three mothers fill up some kind of archetype, and thus their interactions with their children become all the more interesting. Arquette’s character is a kind of a hippie, which is evident from the quirky language she uses. Bassett’s character is great at guilting her son, while Huffman’s character is more of a wild card, and it is evident that she was somewhat of an absentee mother. All the sons, however, come across as condescending, ungrateful and even dismissive. 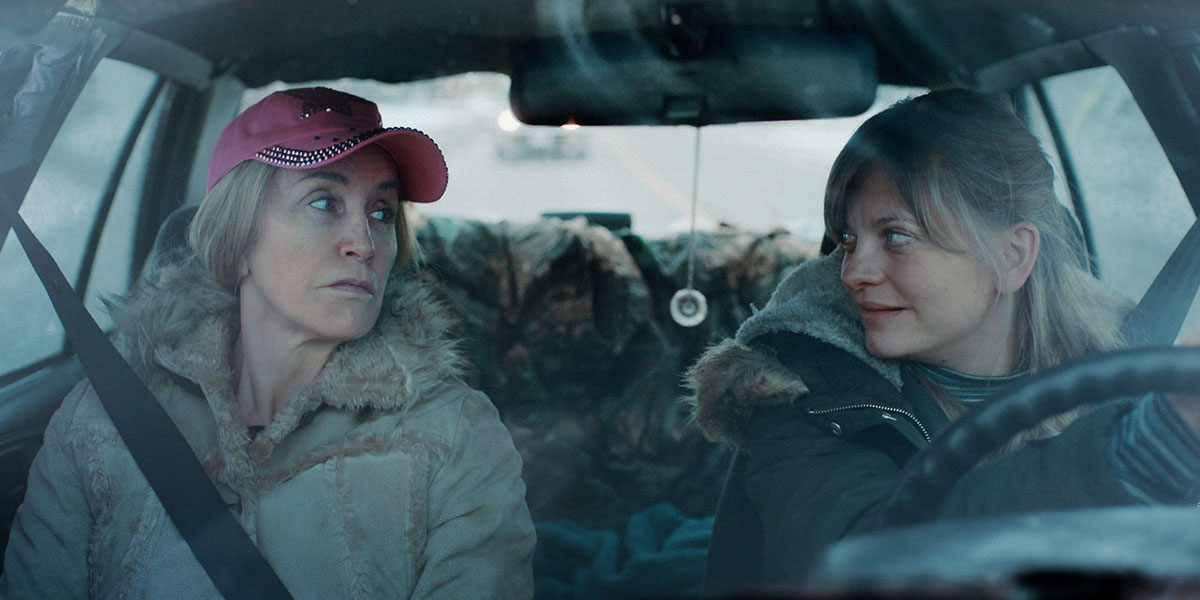 ‘Tammy’s Always Dying’ is a Canadian black comedy film that is slated to come out in September 2019, and is currently in the post-production stages. The film focuses on the complex relationship between Catherine, a connoisseur of bad decisions, and her mother Tammy. Catherine dreams of being successful at anything but has to put all this on hold due to her issues with her mother. The dysfunctional relationship is further complicated by the fact that Tammy is diagnosed with terminal cancer. In an attempt to turn their misfortunes into something else, Catherine invites a television show producer to document her taking care of Tammy. However, things soon take a different turn when Catherine sees Tammy’s persistent refusal to actually die. The role of Catherine is played by Anastasia Phillips, while Felicity Huffman steps in as Tammy. We are sure that the veteran actress will do justice to the role. The film is going to premiere at the Toronto International Film Festival.

‘When They See Us‘ is a hard-hitting historical biographical drama from Ava DuVernay. It is a Netflix series and explores the events surrounding the brutal Central Park jogger case of 1989. Five teenagers from Harlem become trapped in a nightmare when they are accused of the crime. The boys of color were all treated severely, after being accused of raping and brutalizing the woman in Central Park. They were divided into two groups and tried by the prosecutor who ensured that the juries gave them the maximum sentence that juveniles could get. One of them was 16 at the time and was tried as an adult. Later on, in 2002, the true culprit was identified, and consequently, some semblance of justice was given to the boys, who had, by then, served time for a crime that they did not commit. Ultimately, they sued the city and were awarded a settlement.

Felicity Huffman plays the role of Linda Fairstein, the prosecutor who was in charge of trying the boys for the heinous crime. The actress delivers a fantastic performance that has had such an impact as to jeopardize the career of the real-life prosecutor. Huffman channels all her skills to portray how unjustly the legal system treated the boys and goes to the very heart of the issue of injustice. However, Variety has pointed out the irony of Huffman’s brilliant acting, wherein she champions the cause of justice through her stunning portrayal in ‘When They See Us’, but in real life, she is embroiled in unjust activities herself. That being said, ‘When They See Us’ deserves a watch and is the kind of show that will stay with you for a long time after it has ended.