There’s this clichéd and completely baseless notion that science fiction is for geeks. It is one of the most progressive genres out there and the genre takes steps towards giving a woman agency in the narrative. Of course it also has its flaws of objectifying some of the women characters. However, we here have made a list of the sexiest sci-fi women characters in science fiction movies based on an intersection of physical appearance, scope of the role and acting talent. 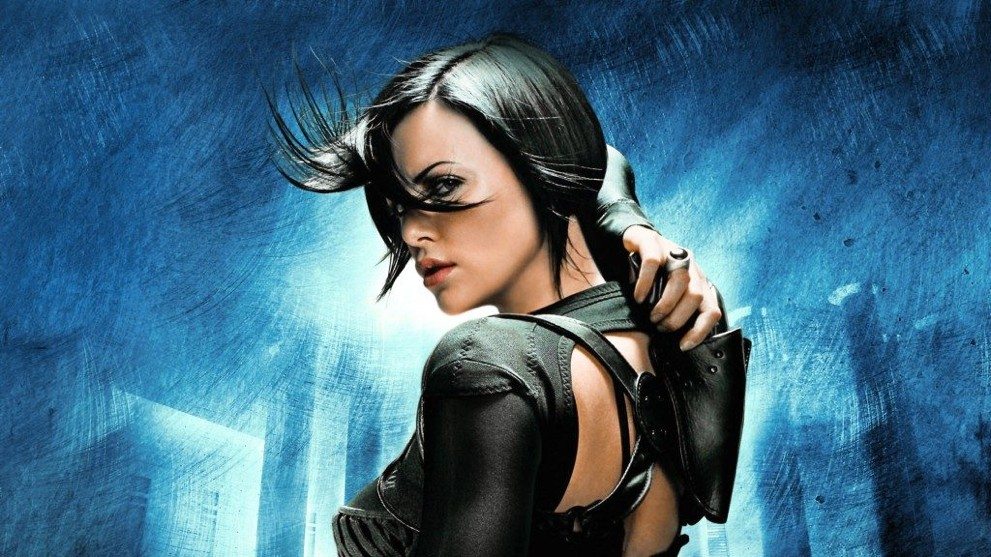 Theron plays a deadly assassin in a futuristic city that is presumed to be the last stand of humanity. Theron’s character however, questions the status quo and a lot of discrepancies are revealed. Dressed in a tight outfit, combined with dangerous combat and killing skills and a general tendency to question authority figures, Aeon is one of the hottest characters that the sci-fi movies have to offer. 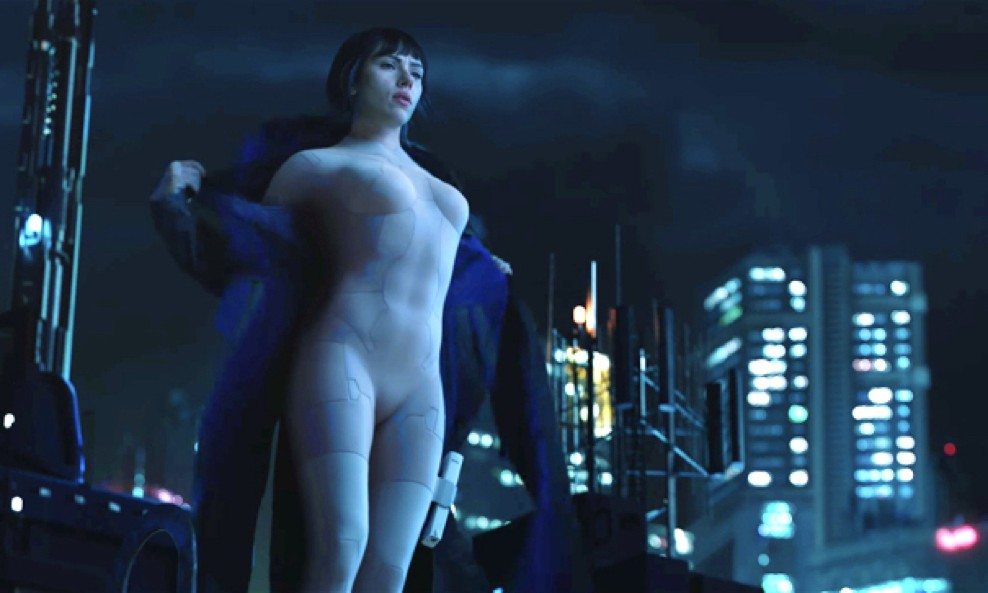 Appearing in Ghost in the Shell that received a lot of criticism for whitewashing and undertones of racism, Johansson nonetheless delivers an excellent performance. An AI with a robotic shell, she stops terrorist attacks in a futuristic society and her tendency to sometimes break protocol and her mechanic efficiency while looking smoking hot at the same time earns her a well deserved place on this list. 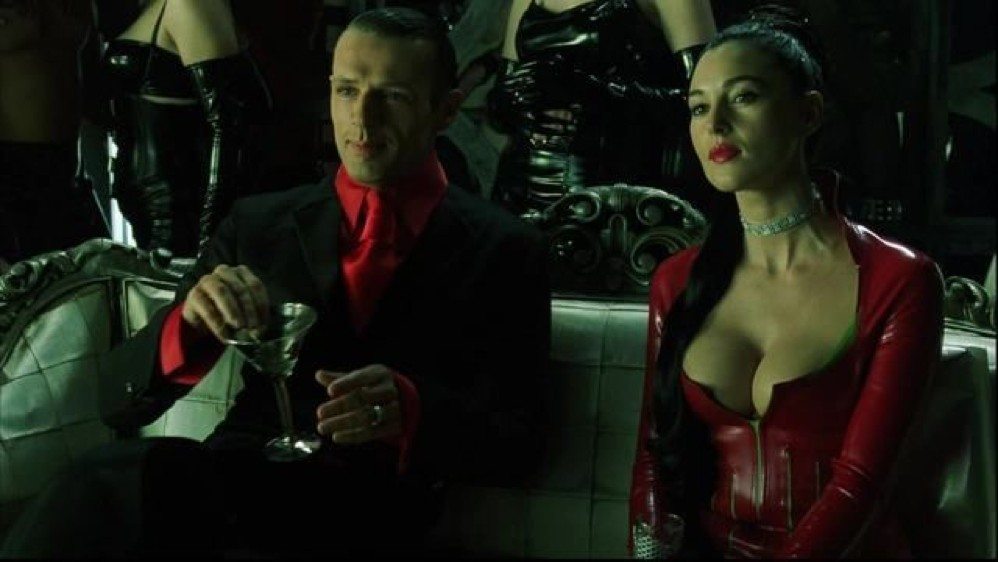 Persephone and her husband are part of the older matrix program and remain in exile to avoid deletion. The beautiful Persephone is a woman with needs and she doesn’t get the old affection and attention from her husband. This is primarily what motivates her to betray him and help Neo and the resistance. One of the most beautiful women on the planet, it does not take much to imagine or figure out why Persephone made her way into this list. 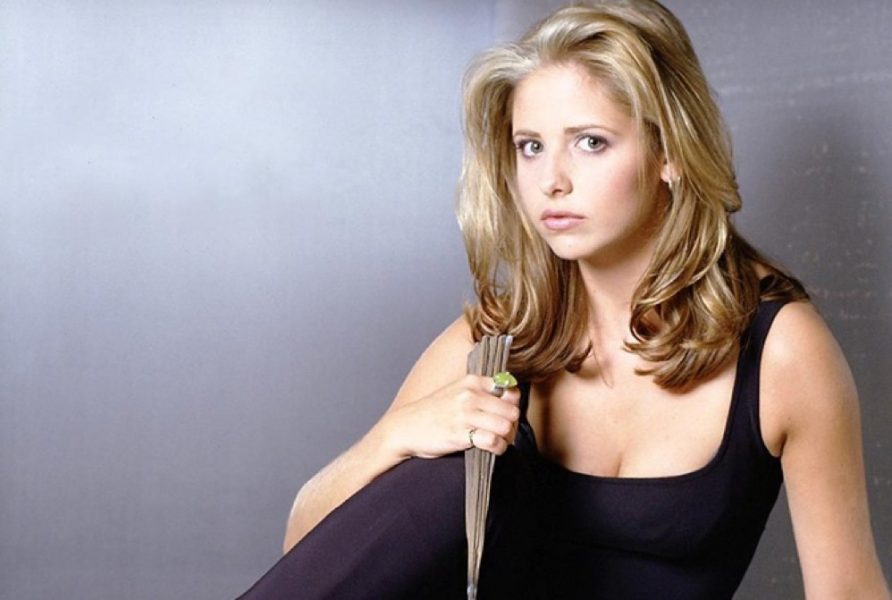 She is one of the long lines of slayers, people with supernatural destinies that are activated to fight evil. Buffy however, maintains her normal life and balances it with her supernatural destiny. A sprightly blonde, she has been involved in a number of romantic relationships. Buffy has flagrant disregard for rules that makes her more endearing as a character. Kristy Swanson was the first and best portrayal of Buffy that we have seen on the big screen. 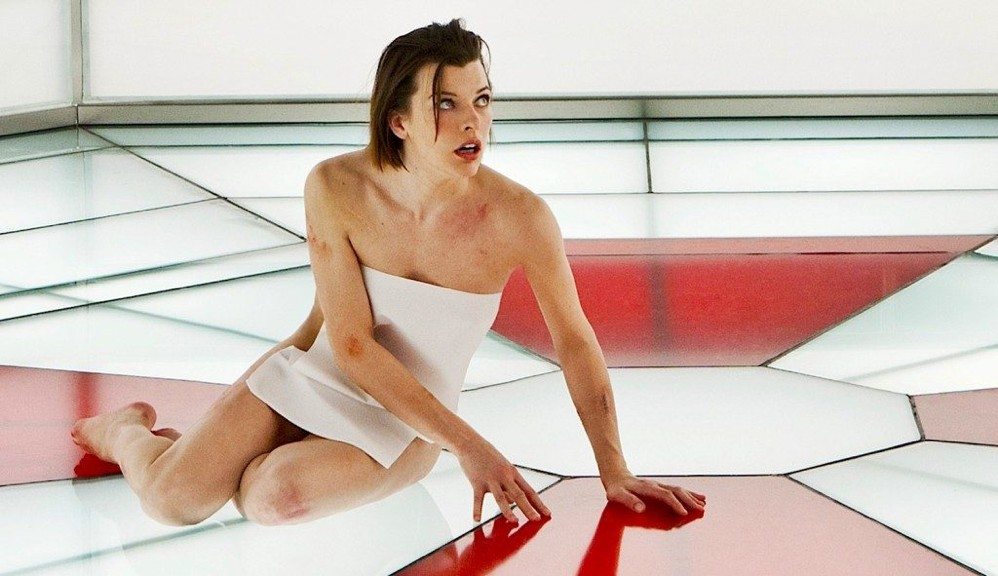 A clone who leads a war against the Umbrella corporation, a company responsible for a zombie outbreak on the world, Milla’s character is a woman who is self-sufficient, a dreaded killer and an expert in combat and weapon use. She does all this while dressed in tight leather which makes it all the more impressive, I suppose. However, her unwillingness to give up in the face of insurmountable odds makes her an attractive and impressive character. 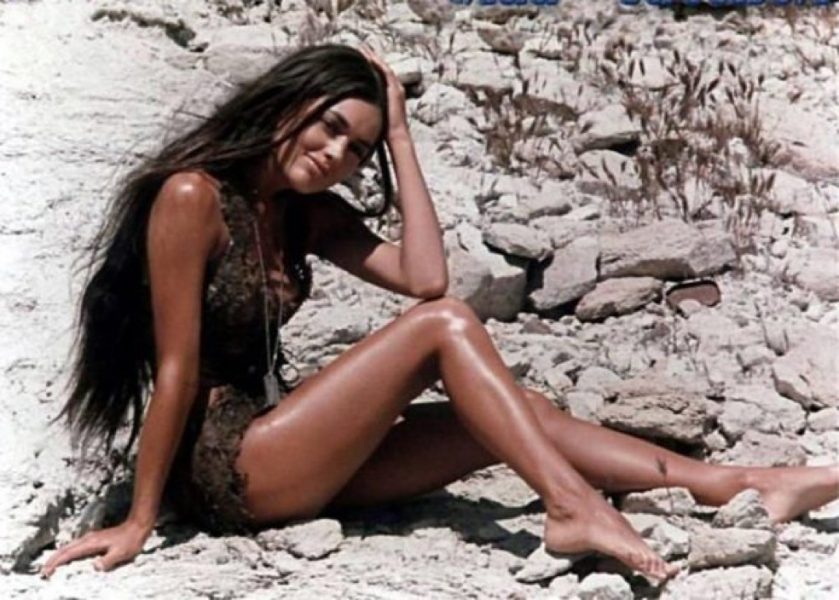 One of the first inhabitants of the Planet of the Apes, she was captured as her tribe was raiding the apes’ crops. A beautiful woman who was in captivity for most of her life, Nova doesn’t particularly have agency in the film, but her interaction and contact with other humans help her learning process tremendously. 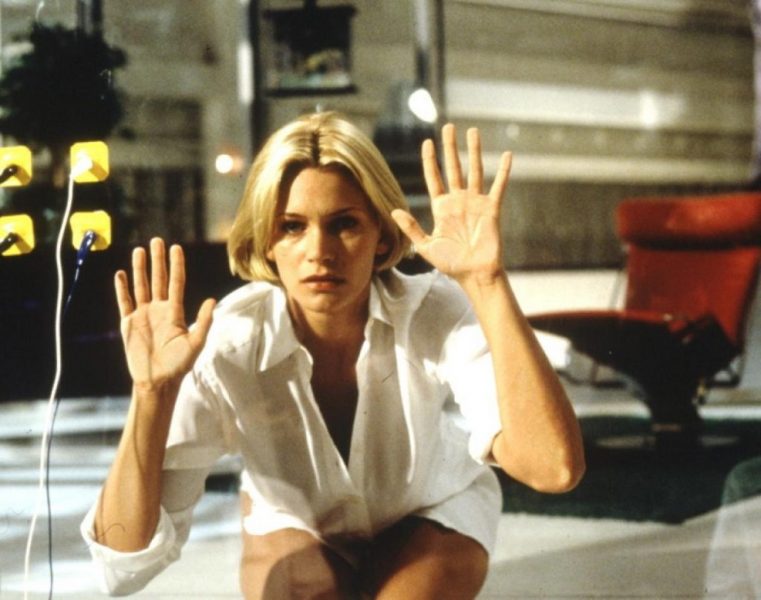 The protagonist of the movie, she was the result of a human ovum and alien DNA. The scientists who were experimenting with her, however, attempted to kill her. She however broke out of her laboratory confinement. An attractive woman by appearance, she fell back to her alien instinct to find a partner and mate. Thus she took on the role of a very motivated sexual predator with an uncanny intelligence level. If not for the alien factor, I bet a lot of men would be actually lining up to date her.

Appearing in the movie of the same name, Fonda plays Barbarella a futuristic representative of a united Earth looking for an evil scientist and his dangerous ray gun. The plot is a typical of science fiction movies or quest movies which isn’t surprising since it is a 1986 movie, a time when science fiction was rather difficult to make and not really considered a serious film genre. However, Fonda, at one time the heartthrob of quite a lot of men delivers an excellent performance as this solo woman on a mission. A movie that is peppered with sexual references which includes an intense pleasure machine, Barbarella as a movie and character remains thoroughly enjoyable to a niche crowd. 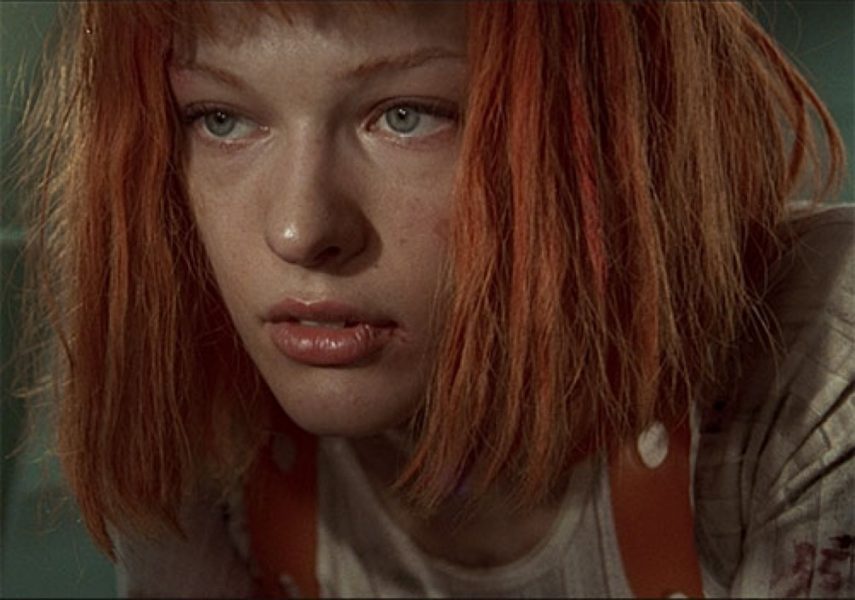 One of the supreme beings of the Universe, she is sent to earth in a corporeal form to become the fifth element and eventually defeat evil. One can’t really expect a supreme being to have anything less than a perfect physical form and Leeloo has just that in Milla Jovovich’s body – a perfect body with great skin and blue eyes. This is exactly what a scientist in the movie points out. How can we begrudge Milla Jovovich a place on the list twice, when her characters so appealing to us.

She appeared multiple times in the Aliens movie franchise, moving up the ranks as she encountered these creatures time and time again. A tough woman who went from being slightly fearful to completely fearless, she eventually gave her life to end the Alien menace once and for all. Her heroism in the face of these deadly creatures earns her a spot on this list. 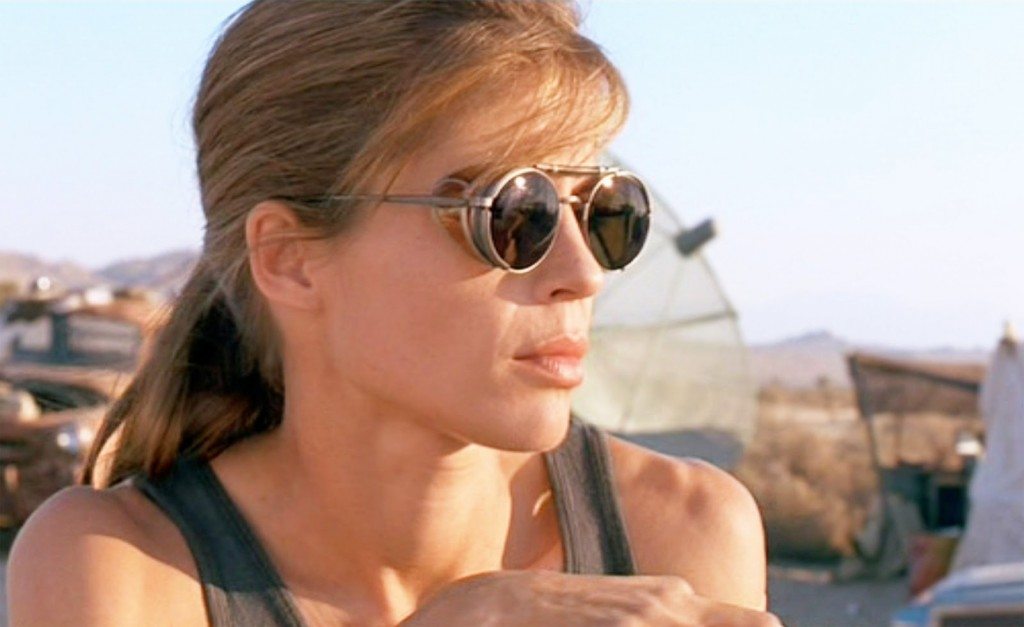 Sarah Connor is the main female protagonist of the Terminator series and is a recurring character in the franchise. She recently appeared in Genisys with Emilia Clarke of Game of Thrones fame playing the part. However, I am biased towards the original – the damsel in distress who evolved with the story arc to become a hardened warrior, a sunglass wearing, gun toting woman who had gone through enough sacrifice and was in complete control of her own destiny. The easy manner with which Sarah assumes a position of control definitely earns her a top spot on this list. 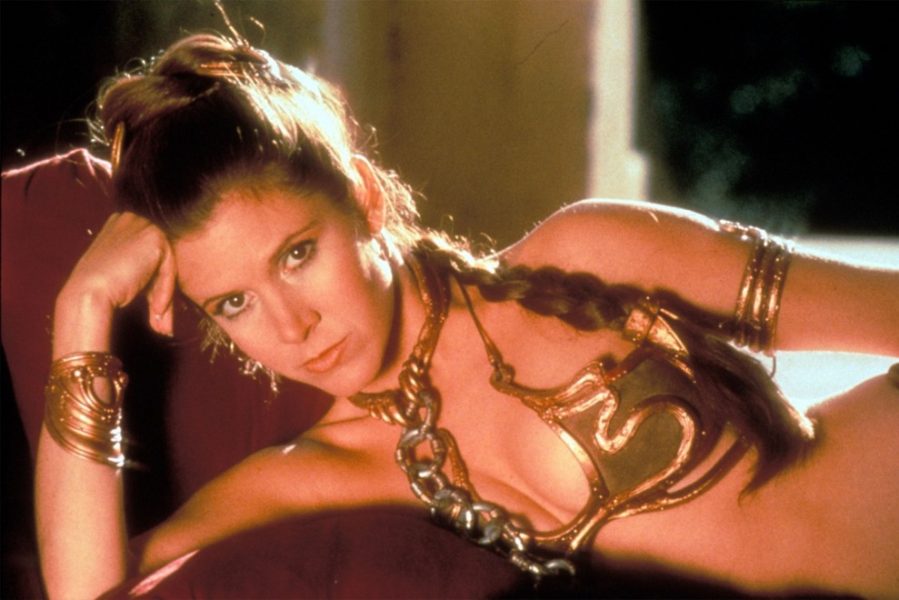 She was the first fantasy that most of us had as kids – a princess who was self sufficient, fought battles and could carry a gold bikini like no one else possibly could. Appearing in the Star Wars movie, she was Han Solo’s lover and the prisoner scene with Jabba the Hutt still remains ingrained our minds for the submissive role this dominating princess had to adopt. Princess Leia still remains a major cosplay option at most conventions going to show exactly how much impact she had on our minds and imaginations.