Will There be a Finding Escobar’s Millions Season 3? 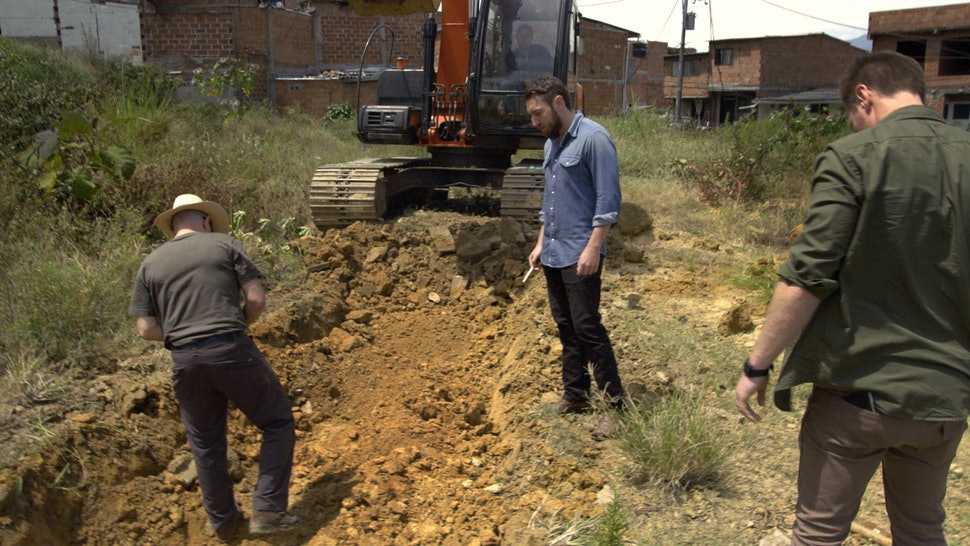 It has been several years since drug kingpin Pablo Escobar was killed during a shootout with the Colombian police in 1993. He was the founder of the Medellín cartel, which earned millions during its golden era — while manufacturing and distributing drugs, especially cocaine. As a result, Escobar was one of the richest men, with an estimated worth of $30 billion by the time he died. Now, the question is what happened to all that money?

The Medellín cartel made truckloads of cash, so much that Escobar’s brother Roberto, who was also the cartel’s accountant could barely keep track of all the money. There were notes stashed all over the place with huge amounts of cash still waiting to be found to date. This notion of rediscovering Escobar’s lost fortune forms an interesting quest for researchers and a tantalizing subject for treasure-hunting shows. And this is what inspired Discovery Channel’s documentary, ‘Finding Escobar’s Millions’.

The show has had two successful seasons so far. Now the question is, will there be a ‘Finding Escobar’s Millions’ season 3? We will delve into that question, but first let’s quickly look into the details of the series.

Finding Escobar’s Millions Cast: Who is in it?

Season 1 of ‘Finding Escobar’s Millions’ features former CIA agents Doug Laux and Ben Smith, as they set out to locate Escobar’s hidden money. However, they return unsuccessful from their mission.

Season 2 follows a duo of two new treasure hunters: former DEA agents Chris Feistl and Jerry Salameh. They had previously contributed toward the hunt of narcos in Colombia. The pair had helped bring down several foes of Escobar, including the Cali Cartel which took control over the narcotics trade after the drug lord’s death. Now, Feistl and Salameh come back to this South American country to attempt and find Escobar’s lost millions.

Finding Escobar’s Millions Plot: What is it about?

It is believed that during Pablo Escobar’s lifetime, he amassed wealth, amounting to a multimillion-dollar fortune, most of which he shoved underground in Colombia. ‘Finding Escobar’s Millions’ follows two former CIA operatives, Doug Laux and Ben Smith, as they attempt to get information from Escobar’s inner circle and try to reveal the location of this supposedly hidden cash. Doug and Ben search Colombia, via clues and traces left behind by the notorious drug cartel.

Apart from the excitement associated with finding a lost fortune, ‘Finding Escobar’s Millions’ brings with it some of the rarest sights. We get to meet Escobar’s old cronies across the series. Notable to mention her is Juan Esteban, the drug lord’s former associate, who is still feared in the neighborhood. He still reigns over the majority of Barrio, a locality that Doug and Ben explore in the first season. The interesting thing is many of these featured individuals still recall Escobar with a lot of fondness. They regard him as some kind of a Robin Hood figure. As per Esteban, Pablo “was an idol for us”.

In subsequent episodes, we witness Ben meeting Pablo’s family and Doug getting in touch with Pablo’s hitman, Popeye. They additionally meet an American drug runner, a former guard of the prison where Escobar was imprisoned, as well as a fixer in Cartagena.

As the episodes progress, we witness the team making some major breakthroughs. In fact, in the first episode itself, Doug and Ben discover something important when Esteban leads them to one of the former hideouts of Escobar. The equipment signals something and they unearth whatever is down below. We won’t disclose what it is. You can watch the season to find out yourself. Toward the end of the first season, the crew meets with Pablo’s former lawyer and discovers that Escobar’s partner, Gacha, ended up burying millions in some unknown location. The duo heads off to Gacha’s properties and starts digging. However, when they find nothing, they travel to La Catedral, Pablo’s built-in prison, for one last excavation.

Chris Feistl and Jerry Salameh use various resources and informants while scouring covert airstrips, cocaine-manufacturing labs, and remote farms. They team up with former law enforcement officer and military man Guillermo Peña, and a local investigative reporter Ramon Iriarte, in the hopes of unraveling this illicit money. Using advanced surveillance and imaging equipment, they search for the best spots that might hold the cash underneath.

According to Salameh, “For years, there’s been reports and evidence of Pablo’s treasures. Gold, jewels, money stashed all over Colombia. It’s like finding a need in a haystack.”

Finding Escobar’s Millions Season 3 Release Date: When will it premiere?

As far as the next season goes, we don’t have an official announcement yet. Though, considering the fact that there might not be much left to explore, season 3 look improbable. In two seasons, the show pretty much covers everything it could. So, unless, there are some new discoveries made, we don’t think there will be ‘Finding Escobar’s Millions’ season 3.

You can check out the official trailer for ‘Finding Escobar’s Millions’ below. Additionally, if you have not watched the series yet, head to Discovery and catch up on all its previous episodes.