When Will Finding Joy Season 2 Premiere on Acorn TV? 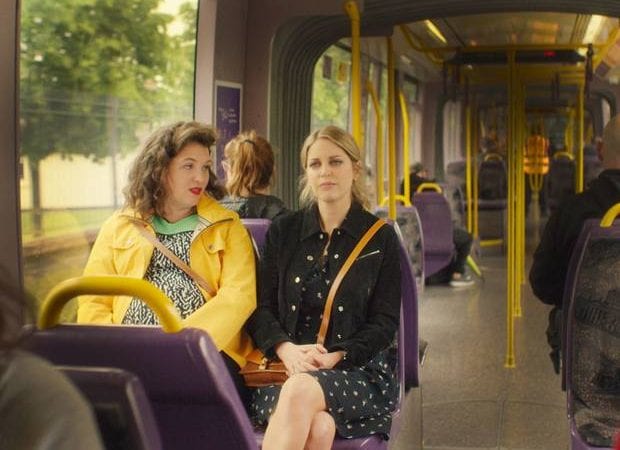 Finding Joy is an Irish sitcom that premiered on October 18, 2018, on Acorn TV. The show is created and written by IFTA winner Amy Huberman, who also plays the lead role in the series. The show is directed by John Butler, better known for ‘Handsome Devil’ and ‘The Stag’.

The show is one of the highest rating comedy series for RTE, an Irish broadcaster, and set in County Dublin, Ireland. The show was called “delightful and often ribald screwball comedy” by The Washington Post and Shane Murphy, the MD of Acorn Media Enterprises expressed his personal joy on working with Huberman and said he was happy to be able “to support and develop Amy’s first writing project, and working together with producers Treasure and Acorn” and bringing “the new homegrown six-part comedy show from script to screen.”

The show features Joy Morris, a young Irish woman, who has everything in her life under control and is living a simple life, away from heartbreaks and stress. That is, until she finds herself in a professional situation that completely throws her out of her OCD level of control. The show is about a young girl, trying to find joy in otherwise mundane life, even after everything going against her plans.

Unlike most of the sitcoms, Joy Morris does not remind you of a messed-up woman trying to sort her life in her thirties. Instead, the character is extremely organized, almost to a point of fault, and is very content with wherever she is in life, without being too giddy about it. Her flaws make her more relatable to the viewers and the element of comedy in the show is driven through the quirks of the characters and not through the characters themselves.

Finding Joy Cast: Who’s in it?

While the main characters of the show will be returning with their original roles, Finding Joy season 2 will also star Kerry Howard as Joy’s new flatmate Christie, Ruth Kearney as her new no-nonsense assistant Emer, Kyle Prior, and Justine Mitchell.

Finding Joy Plot: What is it about?

The series starts with the voice of Joy’s dog Aiden, who has dirtied her super clean white bed-sheet. But, she is still fine with it, as she is fine with the recent break-up with her two-year-old stable boyfriend. Joy is trying to lead her life without any stress and drama but her best friend Trish, knows that she on the verge of losing her calm. As a great best-friend that Trish is, she tries to convince Joy to join some dating app or at least get a roommate. She even plays melancholy songs on Joy’s phone so that she sheds some tears and let go of the emotions that she’s suspected to be hiding.

While Joy is balancing her emotions in her personal life, her professional life is getting out of hand. She works at an online news channel called News Today as a copy editor. While she is busy correcting grammar and punctuation in the back office, she is summoned into her Manager’s cabin. She soon realizes that she has been unfortunately promoted and now has to fill the shoes of the popular vlogger, Flora Hunter. As Flora Hunter is suffering from a tragic repercussion of plastic surgery gone wrong, Joy is now supposed to host the segment ‘Happy Hunter’, where she has to meet people who perform weird and whacky activities to find happiness.

Joy is the last person one would imagine replacing Hunter, but interestingly, Joy takes the opportunity to prove Aiden, her ex-boyfriend, who is now dating a new girl that she is not as rigid and controlling as he thinks her to be.

Turns out, Joy’s amateur segment of wild activities involving therapeutic wrestling, group therapy and life-changing abseiling is actually a hit among the audience. Joy soon realizes that the adventures of her new career path are what she requires in life to balance her personal dramas.

The season ends with Canine Aiden dirtying her couch again and Joy putting up an advertisement for a new roommate. Huberman’s amazing comic timings, expressive eyes, and hilariously timed farts, make the show a must-watch for everyone.

Finding Joy season 2 will see Joy as a motivated woman, who wants to build her new online brand ‘Joy’ with the help of her new assistant Emer, and Stan.

Finding Joy Season 2 Release Date: When will it premiere?

After its great success, AMC Network along with Acorn Media Enterprises and RTE has announced the renewal of the show for season 2. “I’m so excited to be starting series 2 with such a great cast and crew. It’s been a busy few months getting the scripts in shape and this week we start rolling to bring it all to life again. We really loved filming last year and are so looking forward to getting going now with season 2. Two for Joy!” said Amy Huberman.

Finding Joy season 2, which is already under production and is being filmed in Dublin, will most likely to release sometime in October 2020.

While the show has been commissioned for a season 2, there is no official trailer as of yet. But you can catch the trailer of Finding Joy season 1 below.