Let’s Talk About the Finest Movie Scene of this Century 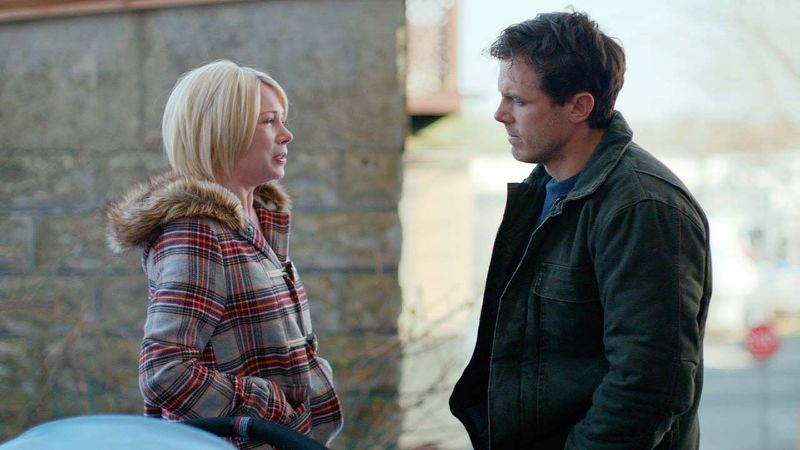 Loss is a terrible thing, a dreadful event in one’s life yet we will all experience loss.

Three times now I have seen ‘Manchester By the Sea’ and each time the film resonates with a deeper power. Casey Affleck, in the performance of a lifetime, in one of the greatest performances I have ever seen (period) breaks my heart each time, I can feel the tears welling up and cannot stop them as they spill down my cheeks. It is as if the actor’s performance reaches through me and strokes my soul.

The scene that I want to talk about takes place on the street corner when he encounters his ex-wife and the fumble for words, each trying to let the other know they have forgiven them, but something is forever broken. She tells him she knows his heart was broken and he chokes to her, “There is nothing there” and we begin to understand the depth of his despair and sorrow. Only when we finally see the source of this pain do we fully understand, though it is something no one should ever have to experience. Randi, who loves Lee still, cannot bear to see him in so much pain, and tries to pull him out of it, but he so far down the hole he cannot get out.

Those who haven’t seen the film yet can watch the first few moments seconds of the scene below. But remember this is just the beginning. And even though the whole scene itself is not very long, you need to watch the full scene — and of course the film itself — to feel the impact.

I think to gain insight into how great Affleck’s performance really is, you need to carefully watch the scenes before the tragedy takes place. See how friendly he is, happy, playful, and after he is dead inside. Watch the sequence at the beginning on the boat with his brother and nephew, the absolute joy he has in being at sea with the little boy and his older brother. When we later encounter him, he is angry, haunted, and sad, starting fights in bars just to feel something, because he so obviously feels nothing. That sequence on the street corner between Lee (Affleck) and Randi (Michelle Williams) is perhaps one of the finest acted scene in American film history, a sequence of blinding emotional power that will impact anyone who sees it. The depth of the loss is overwhelming to Lee, who admit to his teenaged nephew, “I can’t beat it” and though disappointed, his nephew knows why, understands what Lee has been through.

Thinking of the great performances, Brando in On the Waterfront (1954) and Last Tango in Paris (1973), Duvall in The Apostle (1997), De Niro in Raging Bull (1980), Hoffman in Tootsie (1982), Day-Lewis in There Will Be Blood and NIcholson in One Flew Over the Cuckoo’s Nest (1975), Affleck easily slips into that company, his character aching with hurt, seething with a rage that does nothing to ease the pain. He does not seem to even understand how Randi can slip past the tragedy and he cannot, it is as if she has left the past behind, and he cannot. Returning to the town where the tragic events took place, Lee moves through the town with his head down, haunted by what he sees all around him, not wishing to be recognized or spoken too. His body language speaks volumes, and he uses his body like Brando did, to suggest the pain he is feeling.

They say the eyes are the window to the soul and in film acting that is absolutely true. It is the eyes we connect with, and Lee’s eyes are empty, but it is not that he cannot feel, it is that he refuses to allow himself to feel, as though holding the pain will not allow him to forget. He does not want to forget, we can sense that, and the blame he has taken upon himself is terrifying because he is right, he cannot beat it, he can never come back.

‘Manchester by the Sea’ has the courage to not go for a happy ending which would be pat, fairy tale for this kind of story. Lee has not just been bruised by life, he has been torn apart and cannot be put back together again.

Read More: Full review of ‘Manchester by the Sea’