Why Did Fiona Leave Shameless?

‘Shameless‘ introduced us to a set of fascinating characters, within the dysfunctional Gallagher family. However, nobody stood out quite as notably as Fiona, played by Emmy Rossum. The actress played her most notable and longest role to date, essaying Fiona, the oldest sibling. After all, Fiona is the de facto caretaker of the Gallagher household since Frank will sooner pick up a bottle than taking on a responsibility.

However, in 2018, Rossum put up an emotional and lengthy post on Facebook, announcing her departure from ‘Shameless.’ Of course, it raises the question about how she left, and whether it is gone for good. Before we tackle the circumstances, take a look at the post below. 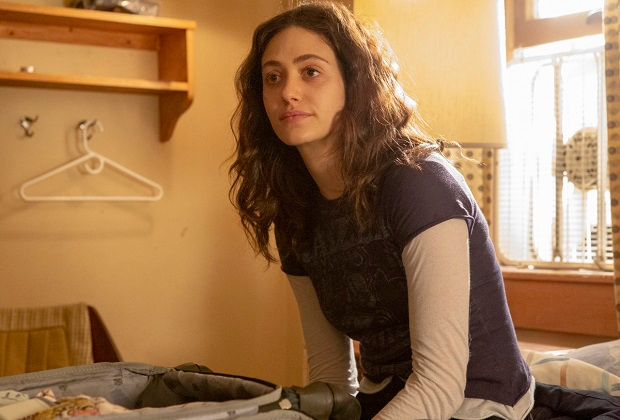 Fiona’s departure was set in stone at the start of Season 9, but fans were curious to know how she’d leave. The young girl, who’d been in charge for so long, avoids a blowout and said goodbye to Chicago rather unceremoniously. After some investments in real estate, Fiona finds her life backsliding. However, she manages to get good news in the penultimate episode, when Fiona meets an old business partner, who’d pitied her, and then made profits off her misfortune.

At the time, Fiona is reduced to working in a gas station, and the former partner informs her that zoning on an abandoned lot, she’d invested in, has finally cleared. He wants to buy her out with a cheque for $100,000. The Gallagher girl does not think twice. However, this new money gives her a few options. She can use it for another real-estate gamble or go on a shopping spree. Fiona chooses to follow the third option – to take the money, use the freedom it offers, and run towards something substantial.

Perhaps, she ends up following her attorney’s advice, who’d said it was time to leave the South Side hood life behind and move on as an adult. Fiona visits her brother in prison to inform him first. He gives her his unreserved blessing and says she should go as far as possible, and not look back. Although Fiona decides to skip on the farewell party her siblings have planned, she looks back at the house one last time. Fiona meets Frank on the way out, and there is a cold exchange which acknowledges the immense role Fiona’s played in maintaining the Gallagher household.

The girl who hadn’t believed she’d be able to make a clean break finds herself on a plane, seated next to a young girl who’s never flown before either. We see Fiona’s departure through her incarcerated brother’s eyes, as a plane flies over the prison yard. Back home, Debbie discovers Fiona’s left them with $50,000 and a note saying ‘love you.’ It has been an understated departure but tugs at the heartstrings all the same. Fiona leaves the cash, in a manner where she can take care of the Gallaghers even without being present.

However, why did Fiona have to depart? Actress Emmy Rossum grappled with the idea of Fiona’s departure for some time, while the show makers convinced her to stay. Nonetheless, she finally made up her mind about leaving. There have been some suggestions that a contract dispute in late 2016 triggered the departure. Yet, it was resolved soon after, meaning that the two incidents are unlikely to be connected. As for whether Fiona will be back – the goodbye seems pretty final. Moreover, Emmy has moved on to other projects, including appearing in a drama series titled ‘Angelyne,’ which comes from her husband, Sam Esmail.

As for ‘Shameless,’ Fiona remains alive in the memories of viewers, and other characters, since she is talked about often, on the show.