Will There be a Fire Masters S03? 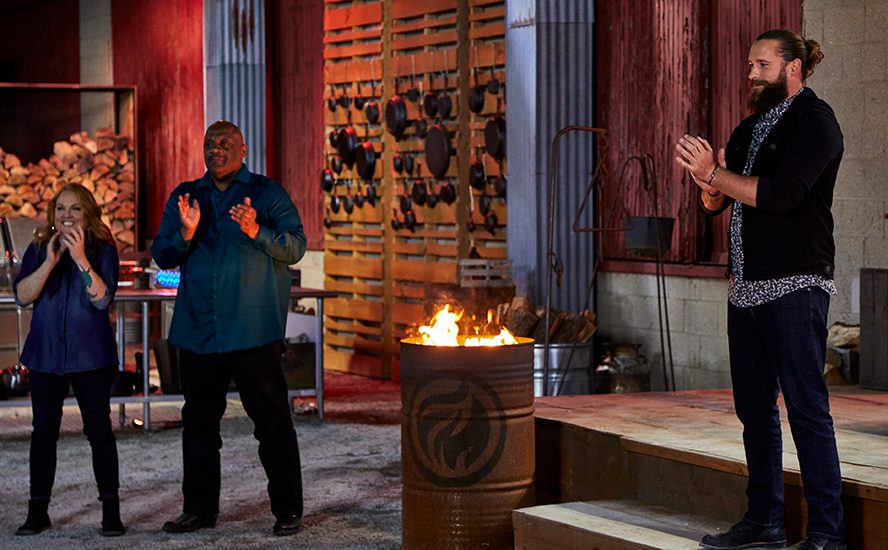 ‘Fire Masters’ is a hot and sizzling cooking competition series, which airs on the Cooking Channel. Bringing together a team of extremely talented chefs, this culinary challenge tests the contestants for their various grilling skills. And the stakes are high! There’s a grand cash prize of $10,000 to be won on each episode!

Both seasons 1 and 2 of the show were well-received. Now the question is: will there be a ‘Fire Masters’ season 3? Read on to know.

Fire Masters Season 3 Release Date: When Will it Premiere?

Until now, we do not have any confirmation on whether the show has been renewed for its third edition. But noting its innovative concept and positive reception among viewers, we expect it to be greenlit for another season in the next couple of months. And if that happens, we can expect ‘Fire Masters’ season 3 to premiere sometime in 2021.

The show is hosted by Dylan Benoit, who also comes with a cooking background, and has been associated with famed kitchens such as Alinea in Chicago. He has even worked for Top Chef Canada’s head judge, Mark McEwan at One Restaurant. The Cayman Islands resident currently owns his own chef and consulting company. Apart from them, the contestants in the first season feature many prominent figures and regional talents, including Felix Zhou, Lindsay Porter, Cam Dobranski, and Steve Brochu, to name a few.

In season 2, almost the entire panel of judges resumed their positions in the judging panel. Dylan Benoit also returned to host the season. In a potential third outing, we expect all of the above-mentioned stars to make their respective comebacks.

What Can Fire Masters Season 3 be About?

Who can tame the flame? In this racy food competition series, three daring chefs enter the inferno in each episode to push their grilling talents to the limit. They engage in fiery face-offs to surpass each other in grueling culinary challenges. Each of the dishes that are created over the dancing flames needs to showcase the ultimate combo of innovation, taste, and flavors.

Every round (Signature and Crossfire) witnesses one chef leaving the show. The last man standing has to face the third and final round (Feast of Fire) where he/she plunges in an epic head-on battle with one of the judges. If successful, he/she gets the opportunity to take home a sum of $10,000 and receives the coveted title of Fire Masters Champion.

The first round is, in fact, designed to test the chefs by making a dish that reflects who they are. This is a wonderful technique because it helps the judges to gauge the participant’s capabilities and influences. In a race against the clock that gives the trio only 30 minutes, all you can see are clanking of stainless steels, rising flames, and ego clashes. After the judges test the dishes based on presentation, creativity, and taste, they decide who should leave the competition.

In the second challenge, the remaining two are tasked to prepare a fish recipe. The candidates are given an option to choose between two featured ingredients that they wish to incorporate into their dish. The round 1 winner gets an upper hand here. Even in this stage, one chef is evicted. Amidst the scorching heat and sweat arrives the thrilling final round that holds a championship title and $10,000 cash prize on the line. The finalist and one of the judges battle each other to create a sumptuous three-course meal, inspired by a certain theme. And there’s only one victor!

The Signature Rounds of season 1 of the reality show follow the chefs through various tasks, showcasing their best flame game, competing for charity, curating traditional recipes, battling time constraints, or inventing BBQ masterpieces. The Crossfire Rounds see them tackling tricky fish dishes, struggling with potato showdowns, or re-creating nostalgic summer classics. The third face-off with one of the judges also throws some interesting twists. There are races to cook the perfect flavors of Jamaica, make an Oktoberfest delight of Southern treats, create the ideal sample of New Orleans food, or gather inspiration from la dolce vita!

Season 2 follows the same format but the Signature Round is known as the Wildfire Round. The rest remains the same. We follow the chefs as they battle it out in Portuguese-themed cuisines, fiery and spicy treats, and pitmaster challenges. Ultimately, each episode announces a winner and the crowned Fire Master pockets the grand cash prize of $10,000.

Season 3, when renewed, will also continue to stick to the same format — with some additional twists introduced to the gameplay.

You can head to the show’s official site if you wish to catch up on the previous episodes from the series.