Oprah Winfrey Network released three Christmas films in 2020, ‘First Christmas’ being one of them. The film follows a writer Halle Downing, who was given up for adoption as a child. She is delighted when she is invited to spend Christmas with the Moores. They are Halle’s biological family that she was unaware of all the years. Creating a space for herself has its own challenges in a family that is so close-knit. However, as Christmas approaches, Halle learns more about the Moores and embraces them as they are. The film is set in New Orleans, which raises the question: was it also filmed there? Let’s find out!

‘First Christmas’ was filmed on location in New Orleans, Louisiana, which is where Halle spends her “first Christmas” with her family. The movie was filmed during the pandemic in September 2020. Let us take you through the details of the filming locations!

New Orleans is the most populous city in Louisiana. It is famous worldwide for its rich cultural identity with its own distinct style of music, Creole cuisine, and annual festivals such as Mardi Gras. Over the years, it also gained a reputation as the “Hollywood South” due to its contribution to the film industry. There was a particular spike in filming projects after 2002 when the city started to offer tax incentives for film and television production. Some of the notable films shot here include ‘The Curious Case of Benjamin Button,’ ‘Ray,’ ‘12 Years a Slave,’ ‘Django Unchained,’ and ‘Last Holiday.’

I’ve always wanted to be in a Christmas movie! 😩🤗🥰 Glad to do my first one with these beautiful people who look lk me, with our fire director, Crystle Roberson, in one of my fave cities, NOLA, and with my family @OWNTV. Big fun. First look at #FirstChristmas! 🎁🎄Coming Dec 22 pic.twitter.com/VTBqcSNzEV

French Quarter is one of the most filmed locations known for its local bars and restaurant that provide music and entertainment. Vaughn’s Lounge, Bullet’s Sports Bar, One Eyed Jacks, and Liuzza’s By the Track are a few of the well-known bars and restaurants in the area. It also attracts many visitors who come to see the sets of popular shows like ‘NCIS New Orleans.’ 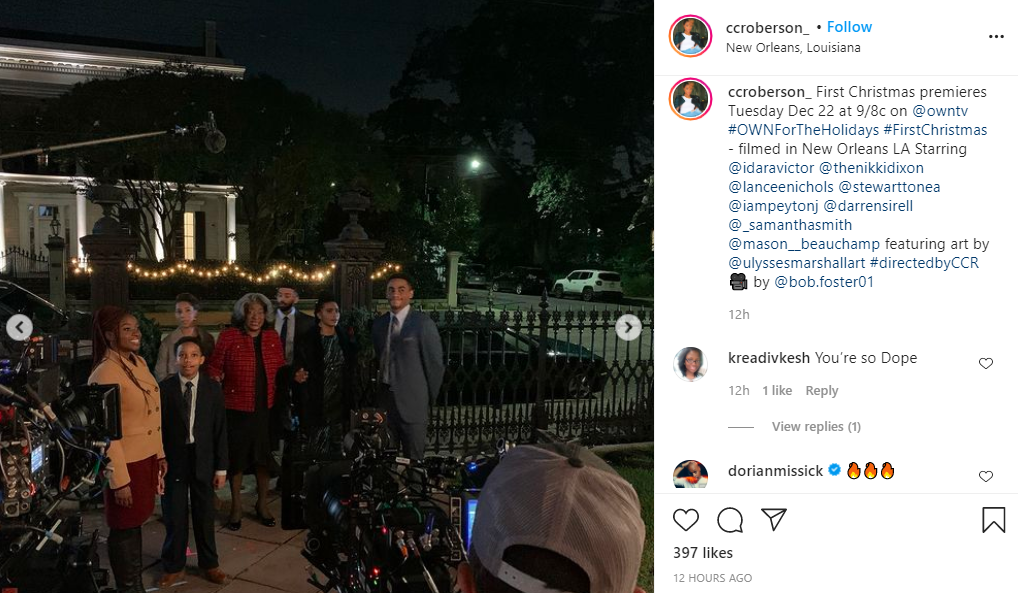 New Orleans also has a rich history, jaw-dropping landscapes, and architecturally relevant buildings that lend an interesting on-screen presence. Bourbon Street, St. Charles Avenue, and Garden District are some of the places you may have previously come in movies and television shows. The production team had announced an open casting call in New Orleans for the role of Drew, which Peyton Jackson was ultimately selected for. 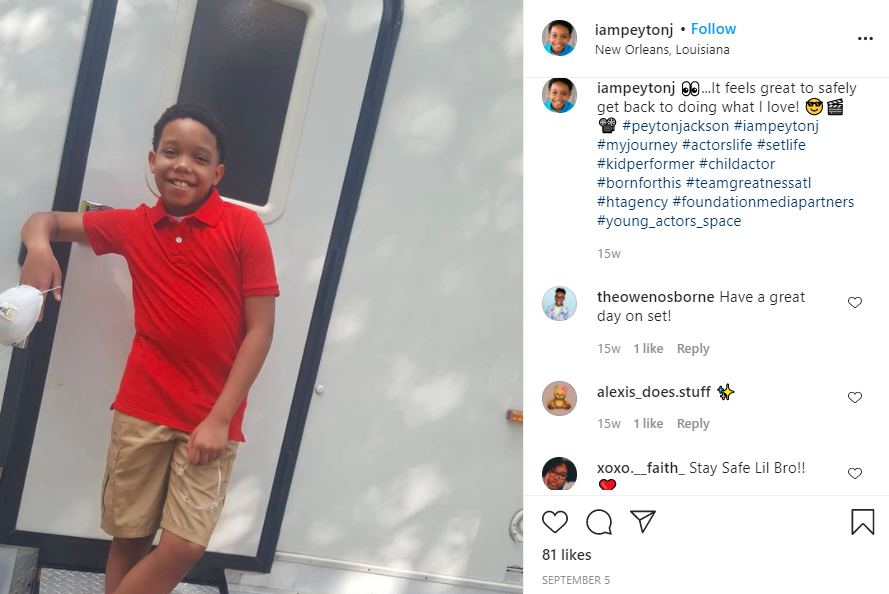 Idara Victor essays the role of Halle Downing. The actress has an illustrious history as a theatre actress that precedes her first on-screen appearance in the TV series ‘Not Just Yet.’ She also features in ‘Rizzoli & Isles,’ ‘Alita: Battle Angel,’ ‘The Young and the Restless,’ and ‘Private Practice.’

Tonea Stewart is a former dean of the College of Visual and Performing Arts of Alabama State University. She plays the role of Memaw in this film. Her notable credits include ‘In the Heat of the Night,’ ‘Girls Trip,’ ‘The Hollars,’ ‘American Horror Story: Coven.’ Other actors in the film are Samantha Smith (Tiffany), Mason Beauchamp (Glenn), Peyton Jackson (Drew), and Amanda Tavarez (Paris).