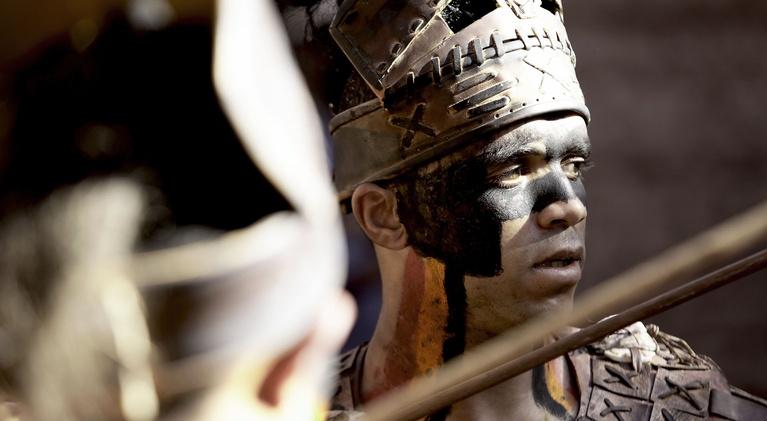 First Civilizations is an American Documentary series that got aired on 24th April 2018. This series explores the history and tells us how the first civilization began. The researchers use the latest anthropology, archaeology, and genetics to study when and how the modern world started. They also give us in-depth information on renowned sites of archaeological interest, artefacts and much more. They take interviews of the leading experts who are scholars in this field. They travel around the geographic zones around the globe by exploring why and how the modern world first sparked into life. This series also discovers, how humans decided to begin their journey on the path to citizenship, how they built caves, created villages, modernized towns, states, cities and more.

The series also explains how humans evolved into the modern world. This series featured 4 keystones of the civilization and that is religion, war, trade, and cities. Viewers can also get an idea on each topic of study in different locations. In the previous season, the camera team explored Mexico, Iraq, Egypt, Oman, France, Japan, Guatemala, Turkey, India, Morocco, Pakistan, Germany, the U.S. and the U.K. The researchers also provide documentation of the latest archaeological discoveries, uncovered original information and tested new theories. The series uses computer graphics to picture the ancient world of first civilizations.

First Civilizations Season 2 Cast: Who is in it?

The main cast of the show which is the narrator is expected to return in First Civilizations season 2. Kerry Shale is the main narrator of this series.

First Civilizations Season 2 Plot: What is it about?

In the previous season, the researchers illustrated the features of the past and present to the viewers. They also studied how our forefathers were motivated by the same things that still exist today like the inevitability of war, the lure of a city, a need for religion, a love of trade and much more. Each episode takes us back to the past and tells us the story of first civilizations. In the first episode, the series talks about War and scrutinizes the process of rivalry among enemies and the idea that holds fear gave birth to civilization. The researcher also gave us a typical example of Ancient Mesoamerica during the development. In the next episode, the series talks about religion and takes us back to Ancient Egypt. It also talks about the secrets and how religion was born based on people’s ideologies and beliefs. The religion started to spread all over the world and became one of the most important elements of civilization. In ancient times, the Middle Eastern people were the first to build villages, cities, and towns. Other remarkable places like Iraq and Turkey had also started to develop small towns. These villages are one of the first inventions of man who gave birth to Cities, and it is growing till today. The show showcases an interesting take on civilizations as narrated by Kerry Shale and manages to capture the viewers’ interest with its content.

First Civilizations Season 2 Release Date: When will it premiere?

The series has completed one season so far, and there is no official news on the air date of season 2. Revisit this page to stay updated on any new developments.

Watch the teaser of First Civilizations season 1 episode 1 below.