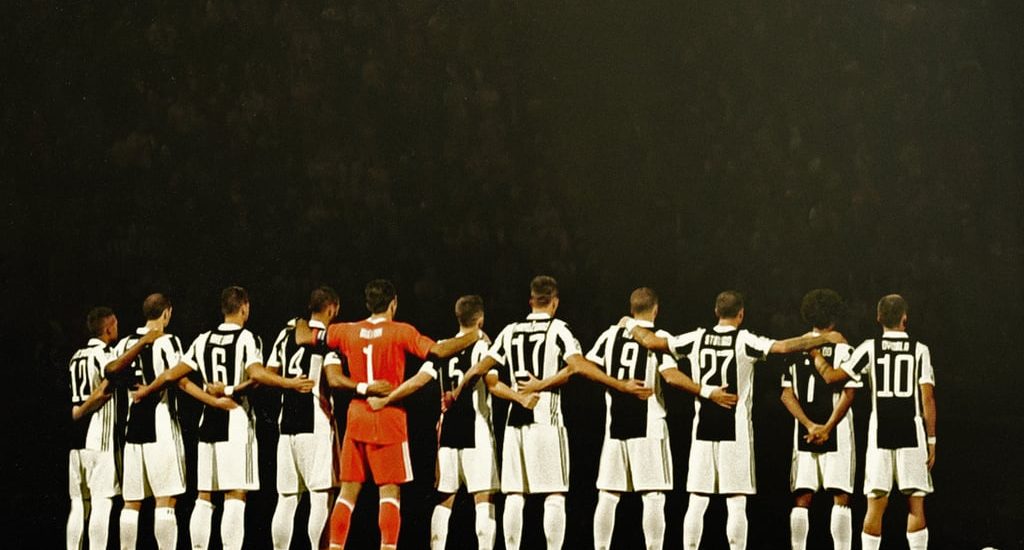 Documentaries can evoke emotions similar to a two-hour thrilling action movie or an emotional tearjerker, despite having a limitation concerning its target audience. ‘First Team: Juventus’ does precisely that!

Netflix’s first-ever on-demand series featuring a football club, revolves around the behind the scenes and on-pitch activities of the celebrated Italian association football club Juventus, as they strive to claim a record-extending seventh straight Serie A title and achieve Champions League glory.

Both the seasons of the show has been lauded by critics and audiences alike, for being one of the best sports docuseries – equal parts exhilarating and equal parts heart-rending. Wondering if there’s ever going to be a season 3, check out the updates on the premiere date, cast and renewal!

First Team Juventus Cast: Who is in it?

Since it’s a documentary series, every cast member plays himself.

D.B. Sweeney narrates the English version of the series, while Tommaso Vittorini takes charge of the Italian narration for both the seasons.

The primary cast of season 2 comprises of one of the greatest goalkeepers of all time – Gianluigi Buffon Federico, along with other players like Bernardeschi, Giorgio Chiellini, Douglas Costa, Gonzalo Higuaín. Other cast members include Juventus legend Alessandro Del Piero, Claudio Marchisio, Miralem Pjanic, Daniele Rugani, Massimiliano Allegri (the team manager at the time).

What is First Team Juventus about?

Nothing is more compelling than a good story. You will unfailingly have a beholder if you can knit a good narrative, doesn’t matter if it belongs to the true-crime, historical drama, or even the sports genre. ‘First Team: Juventus’ proves that through both season 1 and season 2.

In the 3-episode Season 1, the series follows Italy’s most successful club, Juventus, chronicling their journey throughout the 2017-18 campaign, spending time with the players in both professional and personal capacity.

Season 2 of the show tugs at the heartstrings of the fans, as it sets the prime focus on the closing of the club’s season with a handful of trophies. It feels more game-driven than the first season as the three 40-minute episodes showcase more football and less routine of the players. The cameras cover the roads, Allianz Stadium and around Turin, for capturing the lives of the players’ in detail, while also keeping a tab on the twists and turns of another captivating season. Apart from the match result, the highlight of the season has to be the emotionally gratifying farewell of the Buffon, who has shouldered the weight of the club, for 17 years.

Juventus is an Italian club football team representing Turin. One of the oldest clubs in football, Juventus demonstrates a very rich culture and has produced some very famous players like Alessandro Del Piero and Andrea Pirlo. Juventus reigns the Serie A title, having won it a maximum number of times. After 2017’s Champions League final, in an unexpected turn of events, Cristiano Ronaldo decided to move to Juventus.

The season featured three episodes of 35-40 minutes each. You can stream all the episodes on Netflix.

Erik Barmack, Netflix vice president for international originals, had once expressed his excitement for the show, by saying, “Netflix is the home of passionate storytelling, and there are no more passionate fans than tifosi of the bianconeri. We are excited to have unique, exclusive access to one of the most important squads in the world.”

With Cristiano Ronaldo, one of the highest rated football players in the whole wide world, donning the famous black and white jersey of The Old Lady (la Vecchia Signora), there is definitely no shortage of demand for a third season. If renewed, First Team: Juventus season 3 can release sometime in 2021.

Ahead of any updates on season 3, you can check out the trailer below!