When Will First Wives Club Season 2 Premiere on BET? 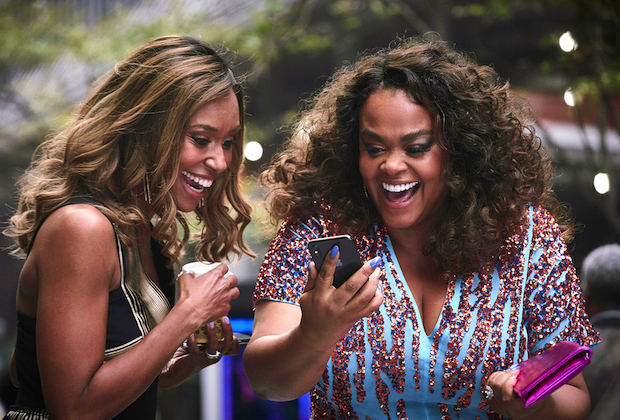 When ‘First Wives Club’, the 1996 film based on the bestselling novel with the same name premiered, it grew to become one of the major hits of the 90s. A rib-cracking comedy that follows three women as they exact revenge on their cheating, philandering husbands, it is branded as a cult classic from that era.

Inspired by this popular film is ‘First Wives Club’, a comedy television series, that airs on BET+. Written by Tracy Oliver (‘Girls Trip’), it is about three women from broken marriages, who come together to bond through sisterhood and a common goal of revenge.

When the show first premiered on BET+, it received positive responses from fans — prompting the next inevitable question, will there be a ‘First Wives Club’ season 2? Let’s find out.

Stand-up comedian, podcast host, and actress Michelle Buteau, who has also appeared on ‘The Tick’ and ‘Russian Doll‘, stars as Bree. Joining her is Jill Scott as Hazel. Scott is a singer and actress, best known for her performances on ‘Black Panther‘ and ‘The No. 1 Ladies’ Detective Agency’. Rounding up the trio of female protagonists is Ryan Michelle Bathe from ‘This Is Us’ fame, starring as Ari.

Enacting the roles of their husbands is Mark Tallman as David, RonReaco Lee as Gary and Malik Yoba as Derek.

Season 2, when it happens, will witness all the main cast members reprising their original roles.

‘First Wives Club’ is about three best friends from college, who reunite once again after their long marriages start falling apart. They decide to band together and support one another while dealing with divorce, infidelity, and related matrimonial discontentment. When Hazel discovers her husband is cheating on her and simultaneously finds out that Bree and Ari’s relationships are no better, they embark on a comic revenge-packed ride, filled with a truckload of catastrophes and laugh-out-loud moments.

Ari is a lawyer and her husband David is running for the senate. She plans and executes his ongoing campaign, a feat that does not appeal to her — just like her sexual chemistry with her husband. On the other hand, Bree, a mom of two kids and an orthopedic surgeon, separates from Gary after he cheats on her. Hazel is a talented, successful R&B artist, on the verge of releasing her next album. But the executive producer of her label, Derek, who also happens to be her dominating husband, ignores his wife’s project and concentrates on a younger, hotter arrival, Stella.

After hearing about her plight, her best buddies from college, Bree and Ari rush to visit her — although the trio has not been in touch for a long time now. As they meet, they compare their pathetic lives and decide to start living for themselves. So, first thing first — a mad dance night where a hot bartender hits on Bree, takes her home, and he rocks her world. Meanwhile, Hazel asks her producer to leak her single record before that of Stella’s, which he does and it becomes an instant hit the very next day. In retaliation, Derek bans her from the premises of her own penthouse and she is essentially on the streets.

Gradually, the women realize that if they band together, there’s nothing they can’t achieve. They prioritize their friendship and explore many more things on this new journey — with revenge becoming one of the foremost goals. Season 2, when it returns, is expected to embrace the same ‘sisters before misters’ trope and will follow the three protagonists on their various misadventures.

First Wives Club Season 2 Release Date: When will it premiere?

‘First Wives Club’ season 1 premiered on September 19, 2019, on BET+ in all its entirety. Its entire run for the first installment comprises nine episodes.

Now, as far as a second season is concerned, here is what we know. ‘First Wives Club’ is not a limited series; it is a regular show. So, yes, there was always a scope for further seasons. But since the series had joined BET’s new streaming service as one of its two original scripted series during the platform’s September 2019 rollout, a lot depended on how audiences would receive the first season.

However, season 1 managed to garner enough positive responses and we have learned that BET+ has renewed the series for another season. A premiere date has not been announced yet. But if everything goes as per plan, ‘First Wives Club’ season 2 will most likely release sometime in September 2020.

BET+ is the joint venture of BET Networks and Tyler Perry Studios. It is an ad-free SVOD service that streams around 1,000 hours of premium content, which includes an all-new slate of original titles, smash-hit classic series, films, and specials. All of these titles are produced by prominent African American content creators such as Tyler Perry, Tracy Oliver, Will Packer, among others.

While we wait for an update on the ‘First Wives Club’ season 2 release date, you can check out the official trailer of season 1 below. You can also head to their official site if you wish to catch up on all the previously released episodes from the show.