Do you like seafood? Is fish an important part of your diet? Do you indulge in fishing? If your answer to any of these questions starts with a yes, then you couldn’t have been at a better place. In its repository, Netflix houses some great programs for its varied audience. You like the sea and all the cuisine that it offers to the world? Here you will find some of the best series that show you where exactly your food comes from. They will also be of massive help in case you want to learn something about fishing or simply want an education on sea life.

Before introducing you to some of the best fishing shows available on Netflix, I’d like to make an honourable mention of a documentary. ‘Fire at Sea’ is available on Netflix right now. It is not a fishing documentary per se; however, it does focus on life at sea. The film was nominated for Academy Award for Best Documentary Feature in 2017. It uses the premise of the European migrant crisis to tell the story of a 12-year-old boy and a doctor. With such a strong subject matter, the film successfully fulfills its responsibility of giving people a taste of a migrant’s life. It is a moving tale and whether or not you like shows about sea and fish or any other aquatic thing, you must watch this documentary. With that said, here’s the list of really good fishing shows on Netflix that are available to stream right now: 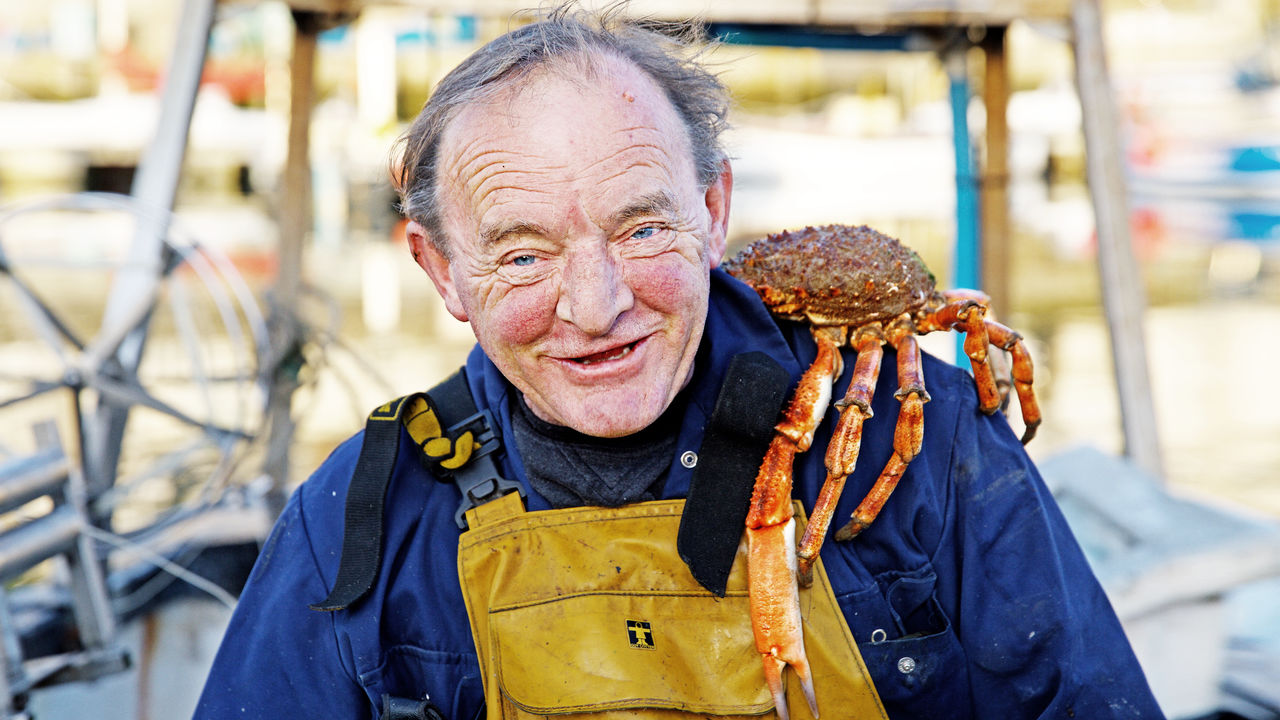 Going out into the sea is somewhat like going to war. You are in enemy territory, you need a plan and your weapons and things can easily go south for you. It all comes down to survival. Another common factor is that while you are battling the storm, your family anxiously waits for you back home. Every time you go out, you have to hope for the best and prepare for the worst. ‘Trawlermen Tales’ follows this side of a fisherman’s story. While he is out there making a living and facing the sea with utmost bravery, his family wishes for his safe return. 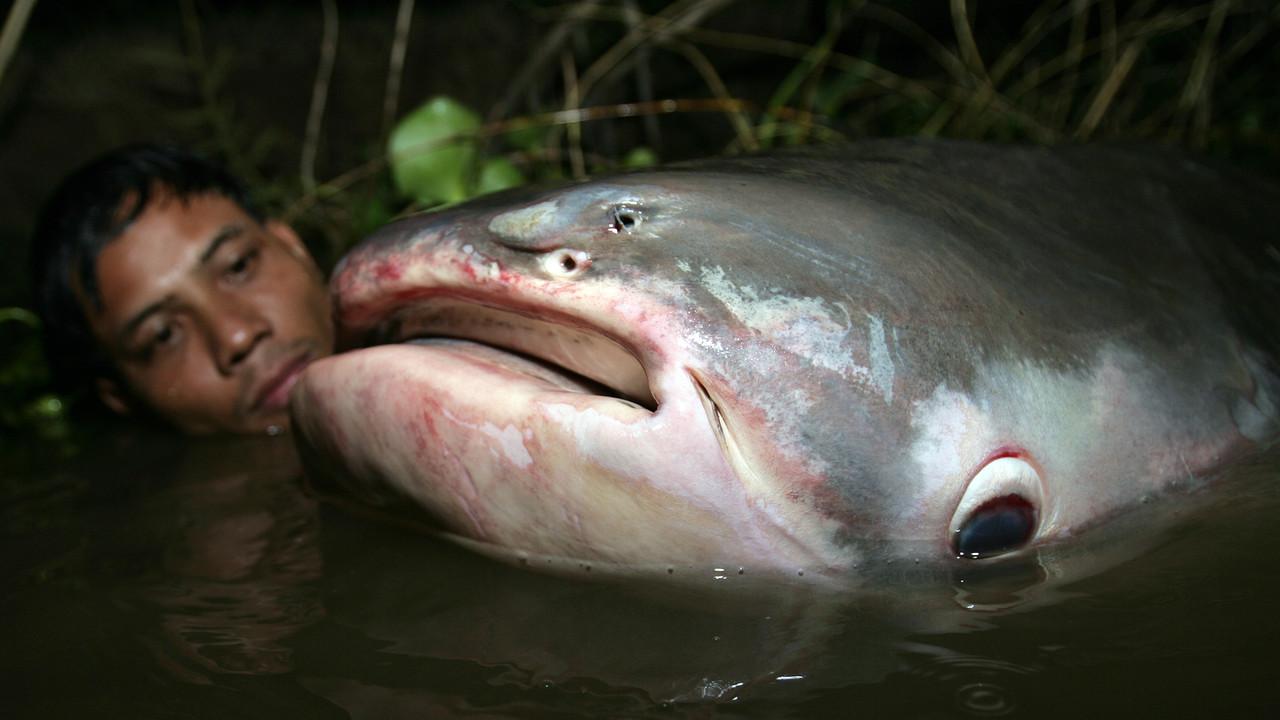 You have no idea how many types of fish there are unless you are an ichthyologist or someone who works in the fish or seafood business. Just as different places on land have a different climate which further decides the type of flora and fauna of that place, the aquatic life is rather specific too when it comes to having creatures in different waters. Shallow and deep, freshwater and saltwater, equatorial and polar regions — these are only some minor and rather obvious categories when it comes down to segregating the animals. Things get even more interesting when you find a patch of freshwater in a place surrounded by salt water on all sides. Mother Nature tends to get creative in these things, and it gives rise to exotic species that can only be found in certain circumstances. In ‘Monster Fish’, Dr Zeb Hogan takes you on a journey to find out all these exotic fish. 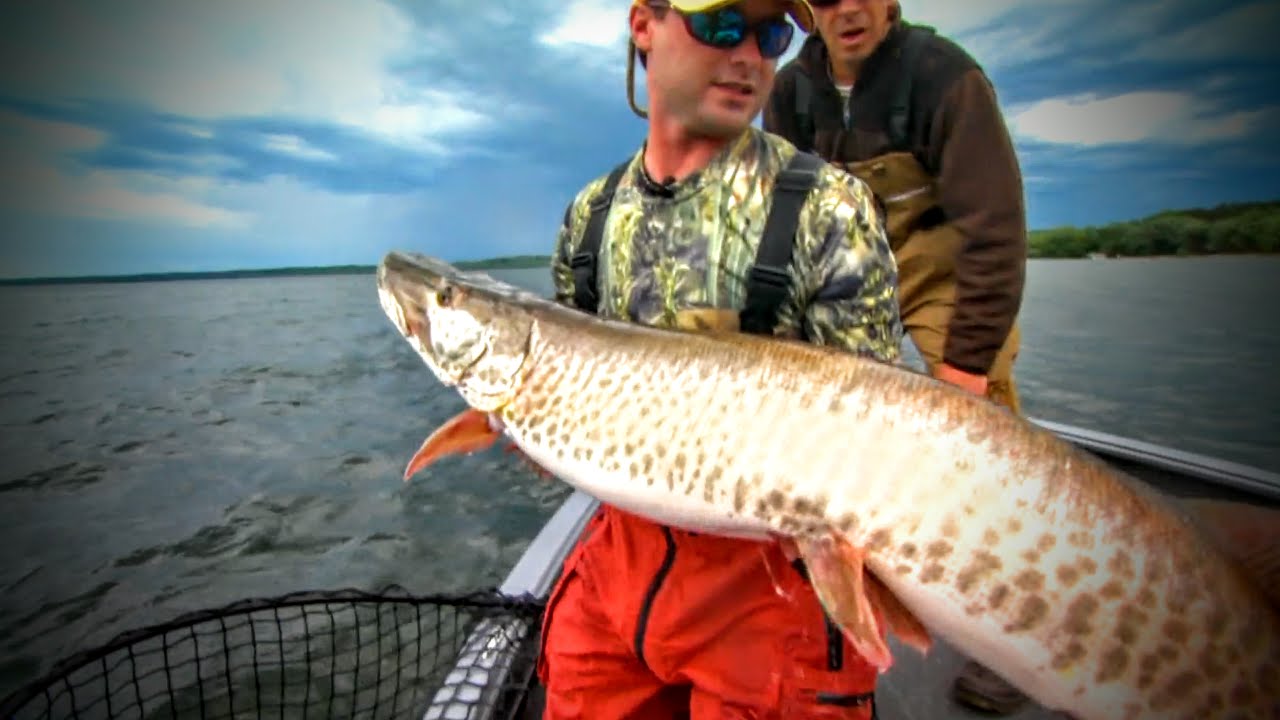 Fishing is an art. Don’t worry if it doesn’t come easily to you. If you are willing to, you can learn a lot and hope to excel in it someday. It teaches you a lot of things, patience being one of the topmost lessons. Another thing that you’ll have to learn is that different waters have to be waded differently. Where you are fishing becomes an important pointer to how you should be fishing. It might seem a lot of work right now, but once you get a hang of important things, you’ll be alright. Al and James Lindner are here to teach you just that. In every episode of the show, these fishing experts take you to a different environment, mostly tackling freshwater, introduce you to the challenges that come with new territories and show you how to beat them. 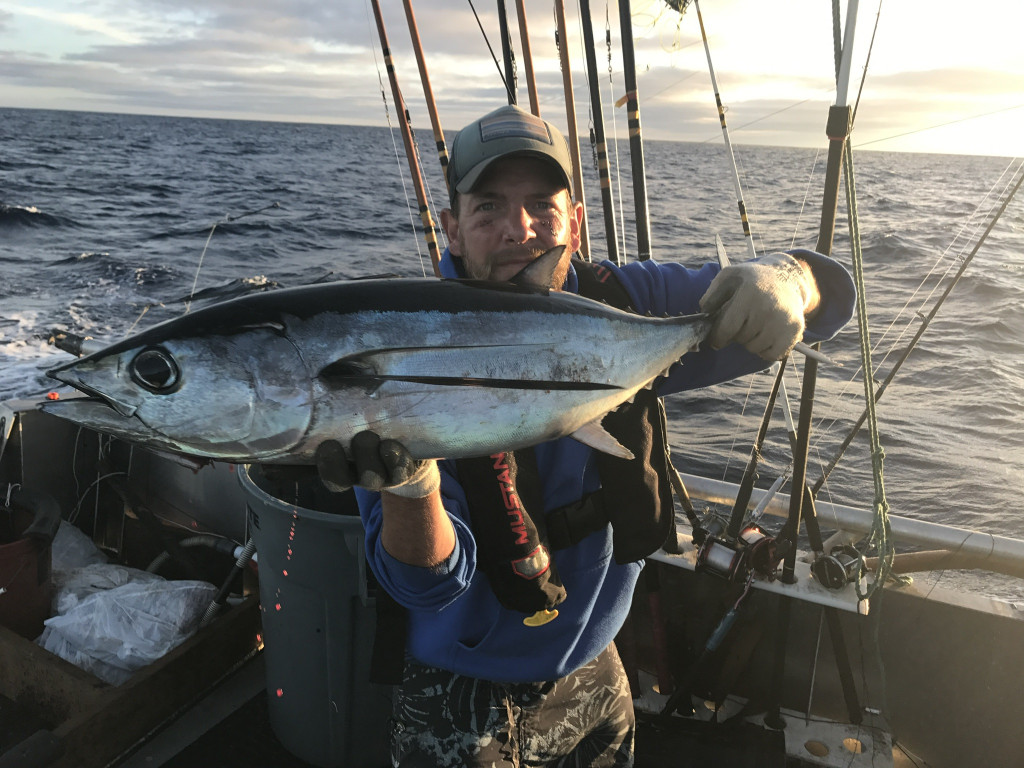 When it comes to making a living, fishing becomes a competitive business. You are not at your leisure here, you can’t spend hours by a lake, taking in nature and waiting for your line to hook some fish. In the business, you have to be an early bird. You have to make it before other parties come in, and try to catch as much as you can. This spirit of competition forms the basis of ‘Battlefish’. This Netflix original is a reality show that pits fishing crews against each other. The one with the most bounty is crowned the winner. The aim might be simple but the way to it is as easy as surviving in treacherous waters. In the difficult environment of the sea, the crew not only has to focus on winning, but also on making sure that the pressure of the job doesn’t mess their relationship with each other. If you love watching reality shows, and also have some love for fishing, then this is the perfect show for you. 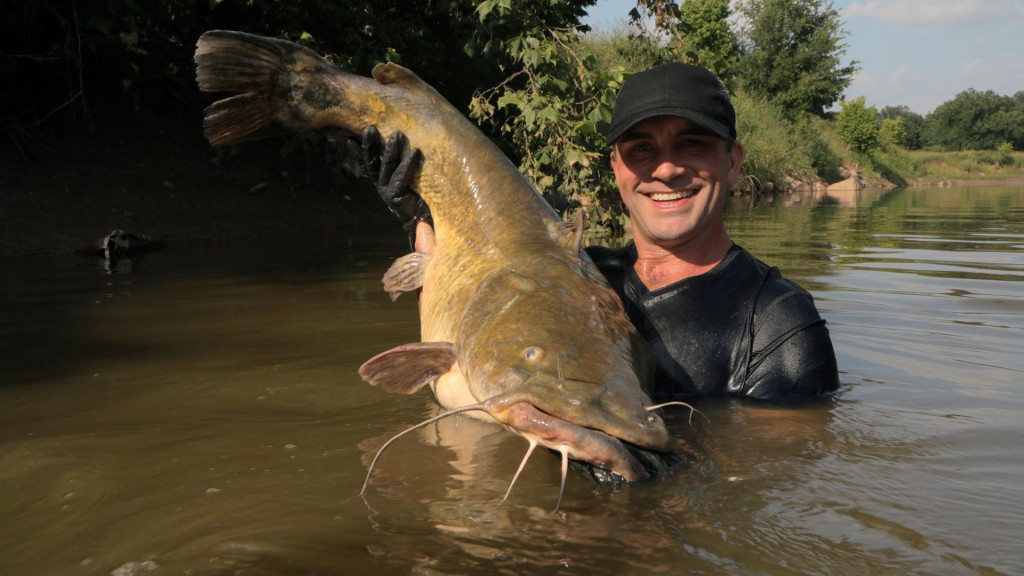 The sea has a world of its own. It is a very different place from the land, the rules of the game are different here, the creatures that live here have evolved differently; it has a beauty that cannot be experienced anywhere else, and the dangers that lurk within its recesses are one of a kind too. This whole ecosystem is foreign territory to us. Come face to face with your worst enemy on land and you might survive, but try and fight an aquatic creature, you have not one chance of survival. Hence, it only becomes prudent to understand these creatures, in case you ever have the misfortune of being in their vicinity when they are in a bad mood. Cyril Chauquet is here to help you with that. In ‘Chasing Monsters’, he travels the world to find out the most ferocious creatures that live in water. 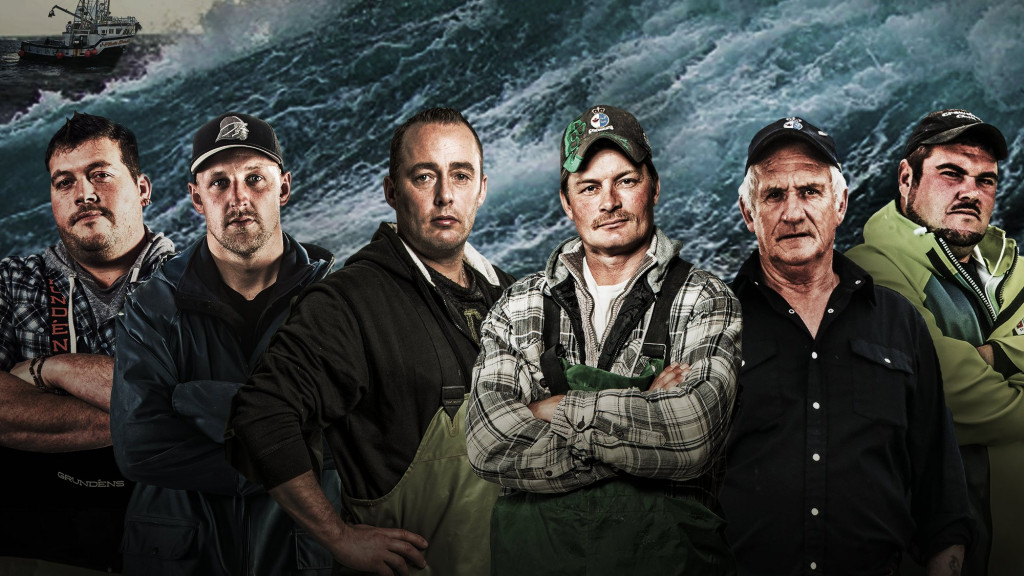 Set in the waters surrounding Newfoundland, ‘Coldwater Cowboys’ lives up to its name in an interesting manner. The playing field here is the icy waters of North Atlantic. Going up hundreds of miles, it follows six local captains as they lead their crews to hunt for their prey. After the fishing business met with a massive collapse back in 1992, the local business suffered a great deal. The fishermen had to resort to other ways to keep themselves in business. Because fish were pretty much not in the equation, attention shifted towards crabs, shrimps, herring, mackerel and what not. This show takes you on their journey and how they brave not only gigantic waves but also huge icebergs to get their job done. 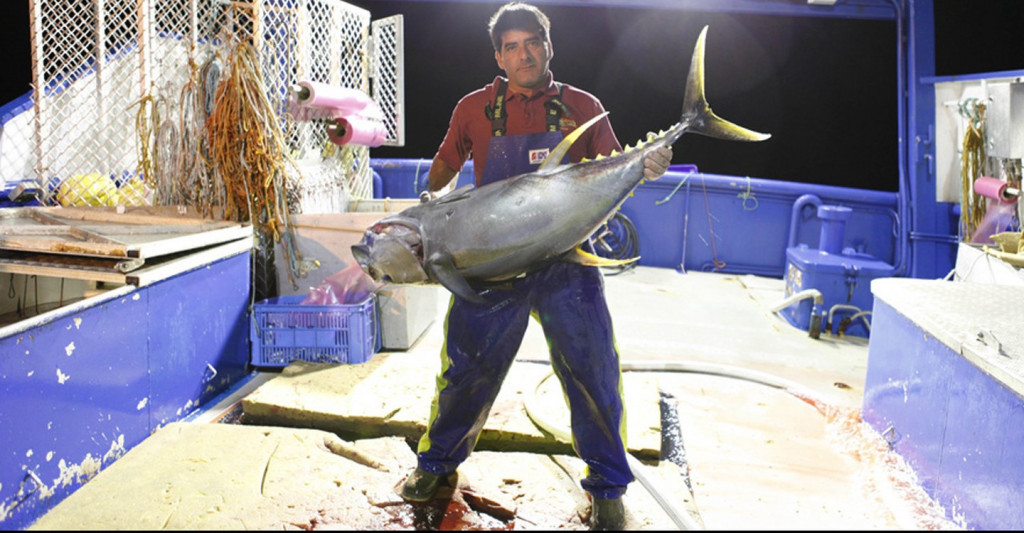 What is professional fishing like? Where does your seafood come from? Where does this unending supply of fish come from? Well, thank the fishermen if your favourite dish lies somewhere on the menu of seafood. They work odd hours and survive tough times to bring those hard-earned fish to you. If you want to know exactly how hard they work, then watch ‘Hardliners’. It follows a group of Australian fishermen, who mainly deal with the catch of tuna. With nail-biting sequences, this show presents to you the nerve required to do the work of a fisherman. The seafood business brings them a lot of money, and ‘Hardliners’ proves that every single penny they have is well earned indeed.