Where is Five Bedrooms Filmed? 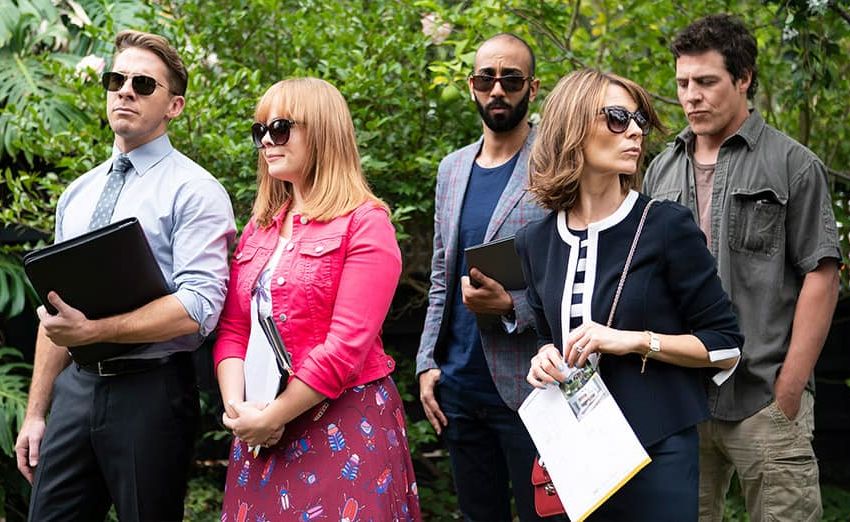 ‘Five Bedrooms’ is the story of five singles who decide to buy a house (together) after having too many drinks at a singles’ table during a wedding. Later, staying true to their words, the gang ends up purchasing a sprawling five-bedroom home in a Melbourne suburb, after paying $2.502 million at an auction. Now, if you have watched the show, you must have reveled at the sheer grandeur of the property that is featured in the episodes. Even the serene location makes you want to visit the place — once, at least! So, you might be curious to know where is this villa located? Or is it just a filming set? In short, where is ‘Five Bedrooms’ filmed? Let us check out the details.

Season 1 of ‘Five Bedrooms’ is filmed in Malvern, a quiet suburb, located in Melbourne, Victoria, in Australia. And the property featured in the eight episodes is seated in Malvern itself. The house was offered on lease for six months to Hoodlum Entertainment, the production company helming the series. The crew utilized both the interiors and exteriors of the house for shooting the first season.

Nothing like a good bout of food poisoning… 😭🤢 #FiveBedrooms | 8.40 tonight

Of course, since each room is occupied by a different character in the sitcom, the set designers had to curate the inner aesthetics — so that it would resonate with the personality of the respective occupant. Executive producer Pino Amenta had stated that this Malvern property is the perfect fit for ‘Five Bedrooms’ as it ideally matches the demands of the storyline.

The team had met up with almost every real estate agent in Melbourne to settle on the required home — since the featured mansion is an important character in itself in the comedy-drama. This particular Malvern house is complete with a big workable space in the main kitchen, dining room, and living area, which perfectly matches the script specifications.

The only element that is missing is a swimming pool in the backyard. However, the creative art department solved this issue by installing a ground pool and decking.

Good to see the pool's getting some use 👏😂 #FiveBedrooms

For the second season, filming resumed in Melbourne in June 2020, following the COVID-19-induced production shutdowns. Episodes 1 to 5 had already completed shooting before the pandemic hit Australia. From June onward, the team restarted filming the season from the 6th episode onward.

Of course, the crew was asked to follow the COVID-Safe Guidelines as outlined by the Australian Screen Sector Task Force. The script had to be changed, hand sanitizers were supplied, and new measures were implemented. However, the Malvern home remains unchanged and even season 2 is filmed in this very property. In fact, star Doris Younane (who essays the role of Heather) and her husband Billy had spent their quarantine days, cooped up in this same house!

Read More: Where Was The NeverEnding Story Filmed?