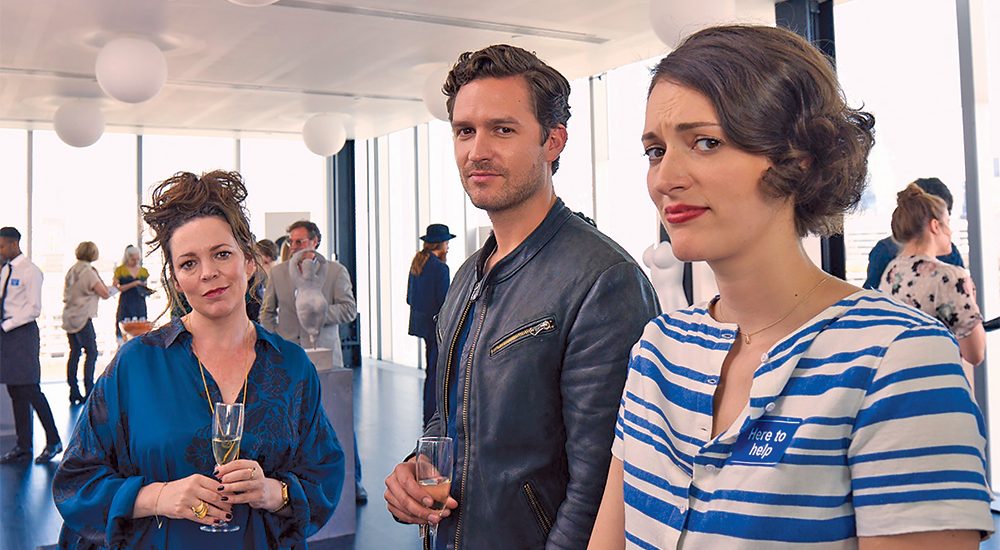 ‘Fleabag”s a feminist themed comedy show that has been written and created by Phoebe Waller-Bridge. The show is produced by Two Brothers Picture Limited and distributed by BBC. The first season aired on BBC One in the US and Amazon Prime in the US. Phoebe Waller-Bridge, Harry Williams, Jack Williams, Harry Bradbeer (season 2), Lydia Hampson (season 2), and Joe Lewis (season 2) are the executive producers of the show.

‘Fleabag’, with its clear feminist intent and writing, can be classified as one of the shows that truly speak of the present times. Regarding the eponymous character Fleabag, creator and writer of the series Phoebe Waller-Bridge says, “Fleabag’s a control freak who wants to convince you everything’s OK. It’s a kind of tortured complexity that we’ve all felt – it would be described as ‘mysterious’ and ‘sexy’ for a male character, but can be labeled as ‘difficult’ or ‘needy’ from women. We have waves of contradictory feelings, but feel a responsibility to look like everything’s in hand.”

Fleabag Cast: Who is in it?

Phoebe Waller-Bridge stars as the eponymous character, Fleabag, in the show. Fleabag is a modern woman with a number of problems. She lives in London. She is someone who is very open and angry with the way the world has constantly treated her because she is a woman. Waller-Bridge first created the character during the Edinburgh Festival Bridge. Here, she performed as Fleabag for a one-woman play and ended up winning the Fringe First Award. Later, the character became popular and Waller-Bridge got an opportunity to create a six-episode series for BBC based on the character.

Andrew Scott, Fiona Shaw, Kristin Scott Thomas, and Ray Fearon joined the cast for Season 2. Andrew Scott’s character, The Priest, is the most important addition to the show in Season 2. Waller-Bridge had this to say about Fleabag’s relationship with The Priest “It really resonated with me, the idea of an atheist trying to find meaning in a world where everything seems so confusing. I really wanted somebody who would challenge Fleabag, a character that she couldn’t reduce to a kind of anecdote like she could with so many of the other characters in the last series.”

Fleabag Plot: What is it about?

There is no particular plot in Fleabag as it is mainly a slice-of-life show following the central character and various situations she faces while working and living in modern-day London. What is interesting is that the character is not a very morally upright person, and neither is she the moral center of the show. The character of Fleabag can be called an anti-heroine. She is sexually independent, sleeps with a number of men, masturbates to Barack Obama’s speeches, and creates a sense that she should not be messed with at any cost.

However, Fleabag’s life is hardly going smoothly. She is the owner of a guinea-pig themed cafe in London, and her stepmother is manipulative and has caused disruptions in her relationships with her family members. Moreover, Fleabag and her sister Claire don’t see eye-to-eye. Fleabag is also in mourning after losing a friend who we see only in flashbacks.

Commentaries on certain situations which happen on the show are provided by Fleabag herself. She breaks the fourth wall and talks directly to the audiences at times.

Fleabag Season 3 Release Date: When will it premiere?

‘Fleabag’ season 1 released in September 16, 2016 to huge critical acclaim. A fresh look at modern London from the perspective of a troubled woman who is witty, complicated, and independent, was warmly received by critics. Many have also pointed out how the story of the show cannot be bracketed into comedy alone, as it sometimes becomes as powerful as some of the best television dramas.

‘Fleabag’ Season 2 premiered on May 17, 2019. Phoebe Waller-Bridge has said that she was unsure of making a second season, but then had an idea about how to take the story forward. Her unwillingness to continue the series is the reason why there is a three-year gap between the two seasons. However, she has said that there is a firm chance that Season 2 becomes the final season of the series. However, we can say that if Waller-Bridge really comes upon a way to take Fleabag’s story forward, we might see a ‘Fleabag’ Season 3 as well. Though no such news has surfaced in this regard, we shall update this section as soon as some concrete news comes our way.

While we wait for an update on ‘Fleabag’ Season 3 release date, check out the season 2 trailer to refresh your memories. If you haven’t seen the show yet head over to Amazon Prime to catch all the episodes of the previous seasons.