Created by Steve Yockey (‘Supernatural’), ‘The Flight Attendant’ tells the story of Cassie Bowden (Kaley Cuoco), a flight attendant who meets charming and enigmatic Alex Sokolov (Michiel Huisman) on a flight to Bangkok. They spend the evening and night together. When she wakes up the following morning, she discovers that Alex has been murdered while she was sleeping. The show is a gripping whodunnit that follows Cassie from Thailand to the US to Italy to Korea. In episode 7, several mysteries are finally cleared up as Cassie and Miranda (Michelle Gomez) talk. The episode also reveals why Cassie keeps having visions of rabbits. SPOILERS AHEAD. 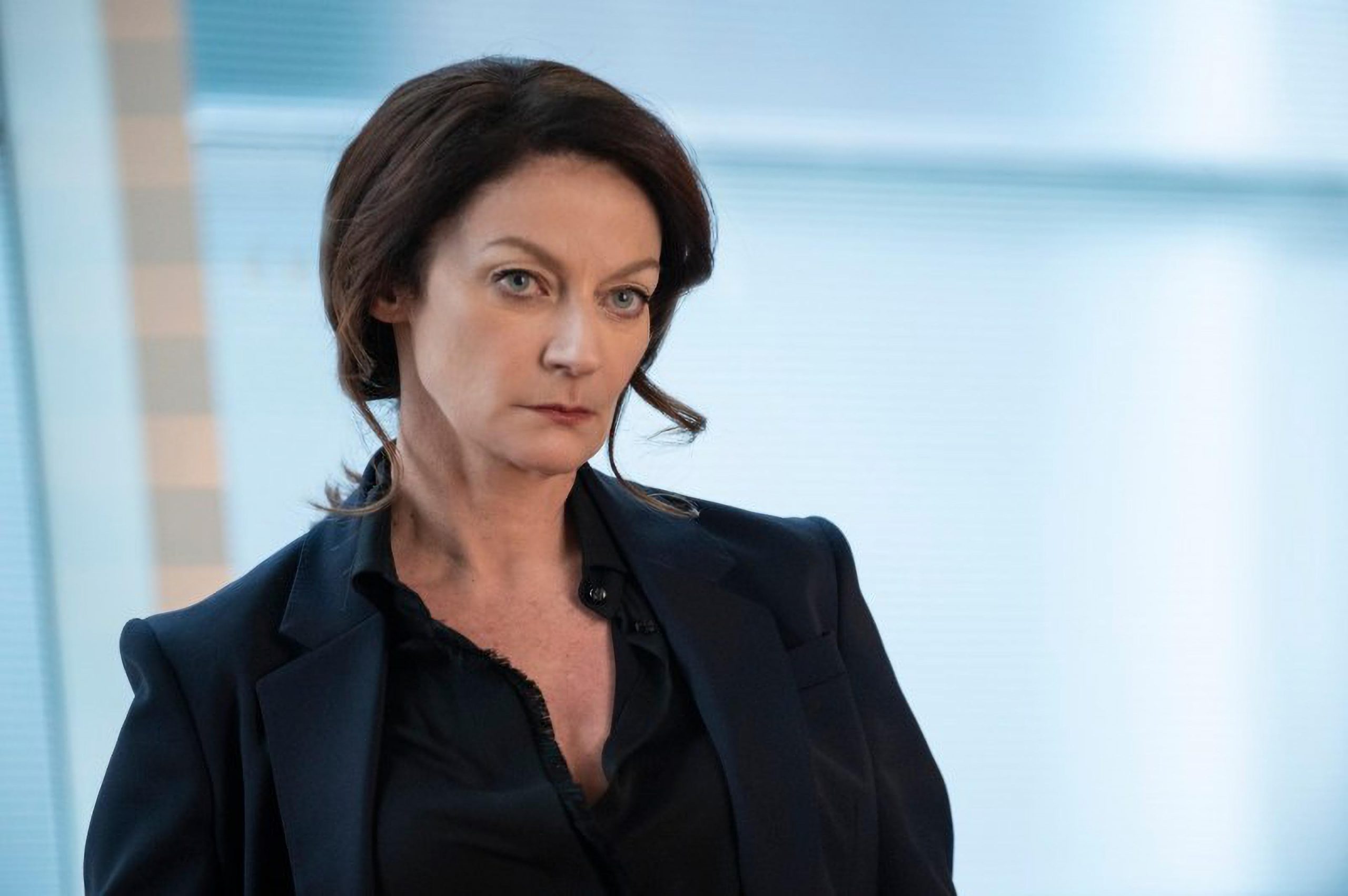 The episode opens from the ending of the previous episode. Miranda leads Cassie to an empty alley, where she starts questioning the other woman about whom she works for. Cassie finally manages to convince her that she is just a flight attendant. She also gets Miranda to agree to talk to Annie (Zosia Mamet). When they meet, Annie, for the first time, realizes that everything Cassie has been saying is true. Miranda wants her to approach the FBI on her behalf. She is willing to reveal all the details about her organization if the government agrees to provide her protection.

Later, Miranda tries to convince Cassie to go to Canada to hide from Victor (Ritchie Coster) and his psychopathic henchman Felix. According to her, Alex never knew that his parents were involved in the illegal weapons trade. When he found out, he left with $200 million, so their entire operation would be hindered. When she met him and Cassie on that day, she was trying to unsuccessfully persuade him to give her the money. Felix later came and murdered Alex. She also tells Cassie that she didn’t kill Sabrina and the FBI agent that was following her. Elsewhere, Annie tells Max (Deniz Akdeniz) that she loves him. 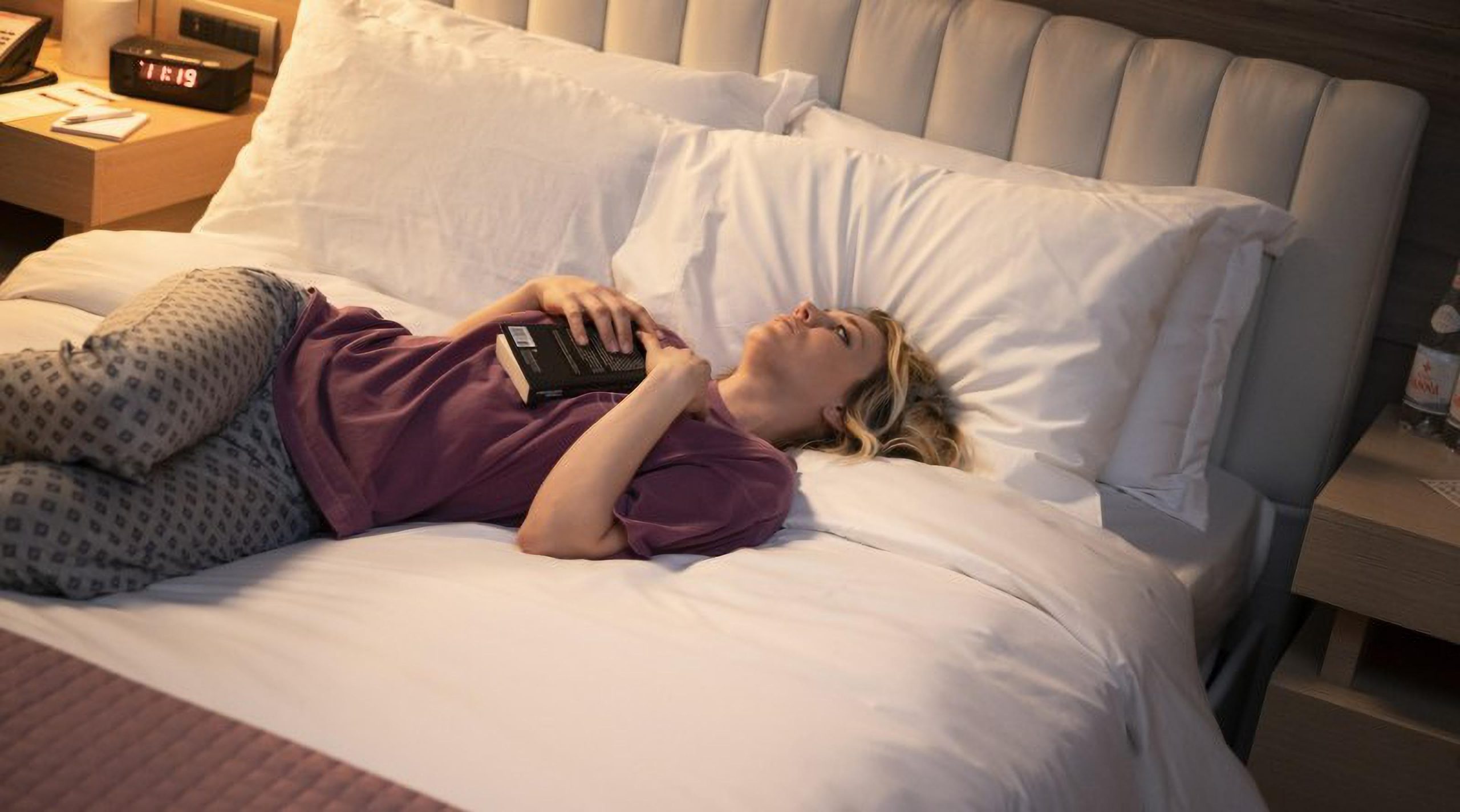 Cassie tells Miranda that she can’t just run and figures out that Alex was carrying the codes to the account where he stored the money in his copy of ‘Crime and Punishment.’ She and Miranda go to Annie’s apartment to retrieve the book, but Felix arrives just then. As they run away from him, Miranda drops the book, and Felix picks it up.

When she tells Cassie a horror story from Felix’s childhood involving a dead cat, the latter immediately realizes that she has heard the story. As she peeks out from the hiding spot, her fears come true. Felix is indeed Buckley (Colin Woodell). Hoping to get the book back from him, she later reluctantly agrees to become bait in Miranda’s trap for him.

While he is at the office, Megan’s (Rosie Perez) husband gets grilled by his superiors. They have found the bug that Megan planted in his computer. What she thought was harmless corporate espionage turns out to be far more dangerous as it is revealed that Megan inadvertently was working for the North Korean government. As her husband’s company does defense work for the US government, Megan has stolen state secrets for a hostile nation.

As the extent of her own foolishness starts to become clear to Megan, she reaches out to her husband for comfort, but he is too stunned to even answer and puts the phone down. In her pursuit of thrill in her otherwise boring life, Megan seems to have brought her family close to utter ruin.

Miranda takes Cassie to a church to meet one of her contacts. They walk in as an Alcoholics Anonymous meeting is about to begin. Cassie is still in denial that she is an alcoholic, but during the meeting, she starts hallucinating again. She runs away from the meeting, but her memories find her. She is taken back to the day when her father died. They both were heavily drinking when their pick-up truck crashed against another vehicle, killing the two teenagers who were in it.

A rabbit is what Cassie first saw when she got out of the car. As she tells her mind’s projection of Alex, Cassie considers herself responsible for her father’s death. She was his “drinking buddy.” He only drank that much when he was with her. Despite making progress with her brother, Cassie hasn’t yet allowed herself to think that she was as much of a victim of their father’s abuse as Davey. This definitely has some connection with her drinking problem.