When Will Flip or Flop Season 9 Premiere on HGTV? 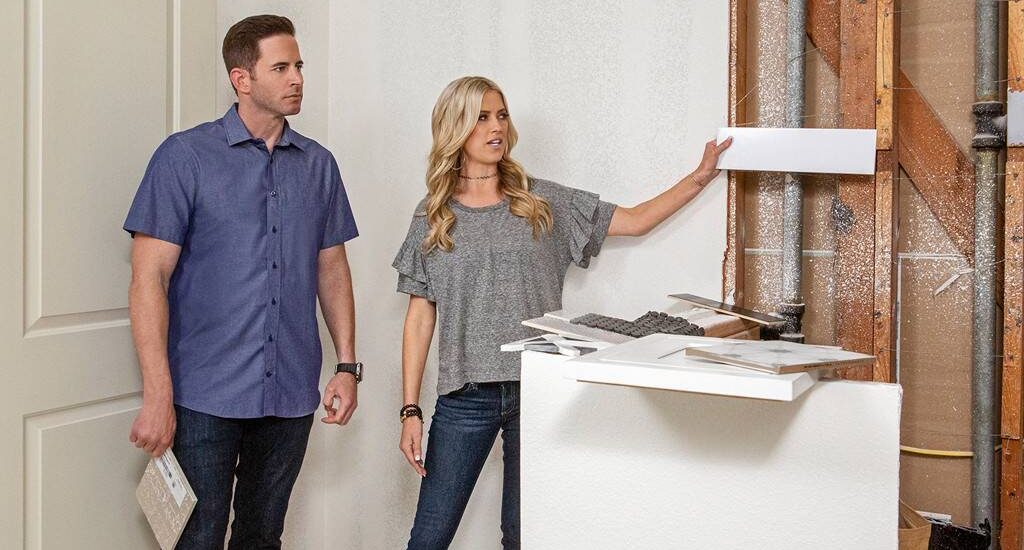 ‘Flip or Flop’ is quite simply the most popular franchises for home improvement shows, on tv. The show is so popular that it has given rise to multiple spin-offs, namely, ‘Flip or Flop: Nashville’, ‘Flip or Flop: Atlanta‘, and ‘Flip or Flop: Vegas‘, to name a few. Moreover, show’s host Tarek El Moussa has his own digital HGTV series, ‘Tarek’s Flip Side’, which is available online or via the HGTV app. Even the second host, Christina Haack, also has her own show, ‘Christina on the Coast’.

After spanning seven successful seasons, things were looking grim when the lead couple, Christina Anstead and Tarek El Moussa, filed for divorce in 2017. However, keeping all personal issues aside, they returned with another 18-episode season 8 in 2019. Now the question is, will there be a ‘Flip or Flop’ season 9? Read on to know.

Flip or Flop Cast: Who is in it?

Tarek El Moussa, a native of Long Beach, California, is a licensed real estate professional since the age of 21. He met Christina Meursinge Haack while working in the same industry and they married in 2009. The couple has two kids, Taylor Reese and Brayden James.

They owned a real-estate agency, The El Moussa Group, in Orange County, California, and purchased their first investment house in Santa Ana for $115,000. They sold this property for a huge profit of $34,000 and embarked on the journey of flipping houses. Currently, their business also spans across Arizona and Nevada.

The pair split in May 2016 on account of differences in their relationship. Tarek officially filed for divorce from Christina in 2017.

However, they still continue with their remarkable jobs of flipping homes and the duo will return to resume their roles in season 9 as well.

What is Flip or Flop about?

The origin of ‘Flip or Flop’ can be traced to 2011, when Tarek asked the help of a friend in making an audition tape for HGTV. The latter filmed the entire process of house flipping from start to finish and submitted the tape to the channel. After seeing it, the team was impressed and in 2012, signed the couple to appear on a regular weekly program that showcases the procedure of purchasing outdated property and then remodeling it.

Christina holds immense expertise in home design, and she aids Tarek in searching for and locating old, distressed houses. She takes care of the entire design aspects of the renovated spaces and is quite firm on her schedule. ‘Flip or Flop’, throughout its episodes, chronicles the duo’s journey as they buy properties, which are usually bank-owned, short sales or foreclosures, to renovate and resell.

In season 8, on one of the episodes, Christina and Tarek purchase a dilapidated four-bedroom apartment in Rowland Heights. The property has multiple issues, including an illegal addition, sloping floors, and a noisy road just next to it. However, the couple realizes that the location holds the potential for huge profits since it also comes accompanied by a pool and neighborhood. Hence, the experts attempt to try their hands on it and transform it into a luxe abode.

Each episode is similar, beginning by showing viewers how the pair participates in an auction to purchase a particular home. As the episode unravels, we see the entire fixing up process, followed by the quest to search for an ideal buyer, so that they can make enough profit from the SoCal home.

Season 9 follows a similar format with Christina and Tarek’s first project being Tarek’s new home, which, according to Christina is weirdly similar to her own home. She said: “They’re both kinds of like a modern farmhouse.”  Apart from this, we will follow the couple as they tackle several other properties and do what they do best — giving unrecognizable makeovers to properties across the country.

Flip or Flop Season 9 Release Date: When will it premiere?

The eighth season returned with a lot of expectations because fans were really disheartened when they learned that their favorite power couple had split up. Many were even of the opinion that they would never return on the show. But when the duo made a comeback to tackle almost uninhabitable homes yet again, without allowing personal issues to hamper their profession, it was a wonderful bit of news.

With the franchise going strong, we were not surprised when HGTV announced that the show would indeed be making a return with another season. Tarek El Moussa confirmed the news on his Instagram profile, where he said: “I’m proud to officially announce that we are shooting a season 9”. He further added, “Here’s the real deal…we couldn’t have done any of this without you! Thank you so much for supporting us all these years. We started off as a young unknown couple filming a little house tv show back in 2012.”

Anstead also expressed her enthusiasm, stating, “This [new] season we are bringing new fresh designs and a new life back into it.”

And if you are wondering about a release schedule, mark your calendars because ‘Flip or Flop’ season 9 will premiere in August 2020.

HGTV has not released an official trailer for season 9 of the show yet. However, if you wish to check out their latest clips and videos, you can always head to their official site.