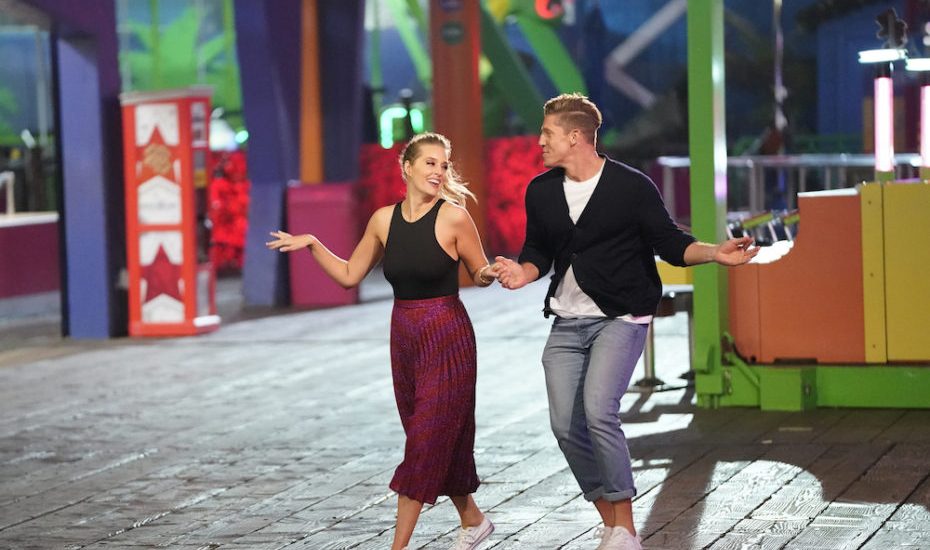 You must already know about the popular British reality show, ‘Flirty Dancing’, where two people, unknown to each other, meet for the first time after being taught the same dance number. They perform together without uttering a word and after that, if they find a connection, they go on a date.

Fox’s version of the show, also called ‘Flirty Dancing’, follows the same format but with a slight difference. It features three singles and one individual has to choose between the other two. Hosted by Jenna Dewan, it attempts to showcase the classic tale of romance, where people fall in love, only via body language, rhythm, and synchronization.

‘Flirty Dancing’ originally premiered on December 29, 2019, followed by its second episode on January 1, 2020. Now, it is all set to release its third episode. Here’s all we know about ‘Flirty Dancing’ season 1 episode 3.

Flirty Dancing Season 1 Episode 3 Release Date: When Will It Premiere?

If you don’t have cable, you can live-stream the aired episodes on Fox through any of your devices — your computer, phone, Roku, Fire TV, Apple TV — via any of the streaming subscription services, including FuboTV, AT&T TV Now, Sling TV, and Hulu With Live TV.

In the premiere episode of ‘Flirty Dancing’, we meet Octavius, who is paired with Megan and Marymarie and then Erin, who needs to perform individually with Alec and Brandon. While Octavius meets Megan in the Grand Park in Los Angeles, he lands up with Marymarie and sways to the acoustic, sensual version of “I Wanna Dance With Somebody” by Tyler Ward. Finally, Octavius decides that he has a deeper connection with Megan. On the other hand, Erin performs with Brandon at The Hollywood Bowl and then with Alec, who creates a musical intro to start off the routine. Erin chooses Alec for her date.

‘Flirty Dancing’ season 1, episode 2 is titled ‘Cy and Beau’. Each episode of the series is named after the featured stars for that particular installment.

In the second episode, we first meet Beau Bunch, a single guy, who is on his search for love and what better way to start off the new year than performing on a dreamy dance sequence in an amusement park in Santa Monica, California. His partners are Hailey and Jacqueline. But whom does he choose? And whoever he picks, does their romance last? Well, we shall have to wait for the future to figure the second one out.

Next up is Cy Sharp, an event producer, and a self-proclaimed “eternal flower child.” She is a mom and has a 13-year-old son and a 9-year-old daughter. Even she is paired with two potential love interests. But will the sparks fly? Watch the episode to find out for yourself.