Is Flowers Renewed for Season 3 or is it Cancelled? 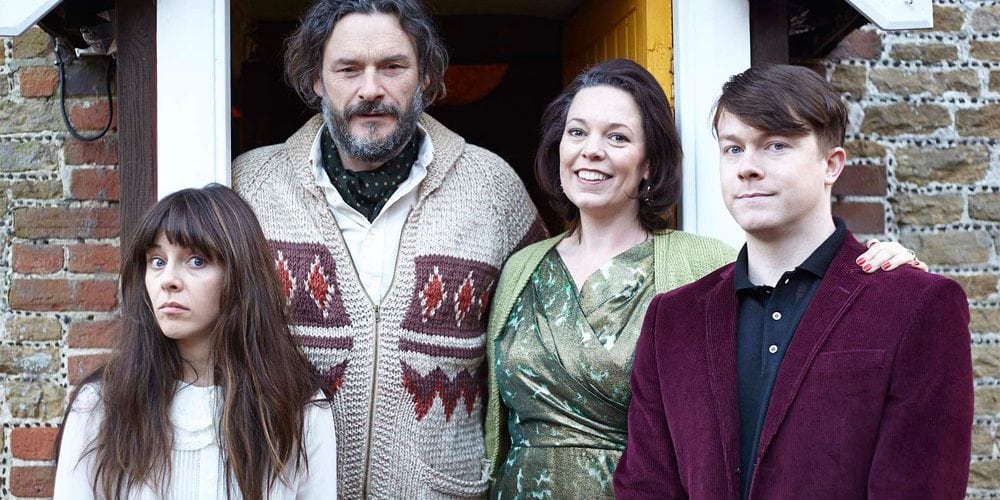 If the previous generations’ most popular comedic module had been the quintessential laugh-track sitcom with a series of bite-sized sketches enacted among an ensemble, ours is more the age of gallows humour. Our Netflix comedy category is chock-full of The End of The F*cking World’s and Santa Clarita Diet’s – and let’s not get started with Black Mirror, already doing the rounds into mainstream prominence.

Naturally, when Channel 4’s ‘Flowers’ calls itself ‘Black Comedy’ (and a British one at that), it stands in the face of terse competition. However, thanks to its weaving in and out between bombastic and stereotype-mocking colourful cast and its sincere handling of mental health issues, ‘Flowers’ is a great example of black comedy hosted in the subtlety of commentary and carefully paced writing.

Flowers Cast: Who is in it?

While by no means celebs to a regular US-based audience, Flowers is a powerhouse of raw acting talent and brilliant comedic timing in its ensemble cast. And if you are even faintly familiar with the British TV or theatrical domain, you will be enthralled to recognize at least half of the faces. If you don’t believe us, just a headcount of BAFTA winners among them will present an impressive percentage. Anyhow, to turn our attention to the leading duo of the cast – Deborah and Maurice Flowers are represented by Olivia Coleman (the Golden Globe and Oscar-winning actress you probably know as Sophie Chapman from Peep Show, another British classic) and Julian Barratt (the Howard Moon-starrer member of the popular troupe called The Mighty Boosh).

The rest of the Flowers family is represented by Daniel Rigby (Donald Flowers) of Eric and Ernie fame, Sophia Di Martino (Amy Flowers), and Leila Hoffman (Hattie Flowers), while BAFTA-winning Will Sharpe, the writer himself, plays the caricatured Japanese illustrator Shun. While it is currently unsure whether we will see the third season, the Flowers family would certainly star in it again – and additionally, the full cast is rather small, so chances are you will see the actors and actresses representing Abigail, George, and Hylda back on the screen as well.

Flowers Plot: What is it about?

The British TV scene may have had its own unique set of fixations, cliches, and for the most part, an off-colour brand of humour that rings different from the US or elsewhere – but one area where it particularly had been the forerunner was dark comedies. In 2019, we need not define dark comedy separately for reference purposes – our postmodern sensibility already attunes us to joggling heavy-hitting and sombre subjects in a nonchalant light manner.

We may have had the likes of South Park and It’s Always Sunny in Philly for the past decade, but the English folk have had this for over half a century now – most famously since Monty Python’s Flying Circus, which premiered first in 1969. The bunch of John Cleese, Eric Idle, & co., popularly known as the Monty Python group, have been constantly under social scrutiny, criticism from conservative reviewers, and fire from the church – but it has never kept them down.

The same can be said for the whole canon of English dark comedies – from Misfits to Nighty Night, from Snuff Box to A Touch of A Cloth, this canon has existed since long before the likes of ‘Archer’ went on screen, and continues even today with never a drop in consistency and quality. Ricky Gervais’ original ‘The Office’ perfected cringe humour; the admittedly more successful US adaptation never really brings that sour-tasting discomfort in situations (except for faint glimpses in numbered segments, e.g., ‘Scott’s Tots’). So when Channel 4’s ‘Flowers’ attempts to stand strong as a grounded and yet quirky dark comedy it stands next to the toes of giants like Monty Python – and thanks to the comedic genius of Will Sharpe, Olivia Colman, and Julian Barratt, it even stands up to them.

If we frame a synopsis, the show looks very akin to a run-of-the-mill family sitcom – perhaps most closely resembling Arrested Development. Like Arrested Development, the titular Flowers are a dysfunctional family – but unlike Arrested Development, their troubles stem not from their innate follies and the sheer absurdity of the circumstances they are pronged against, but from suffering mental health. Maurice suffers a major depressive episode, Deborah projects herself as a jilted flower because Maurice cannot give her the kind of attention she wants. Their children are not far away – Donald thinks himself a failed inventor, and he falls in love with the same girl his sister, Amy, desires as her lover.

The show taps into its depiction of mental illness in a sincere way, especially with the shadow of Will Sharpe’s own bipolar disorder in the second season. In other places, the show walks the edge between being provocative with its borderline racist depiction of Shun, and reeling it in for a more artistic approach in its narrative, with reference to the goth-coloured sequences about how Amy views the world.

Flowers Season 3 Release Date: When will it premiere?

Flowers season 2 premiered on June 11, 2018, and from the looks of it, that might have also been its last season. It becomes clear from Flowers’ airing schedule that the show does not want to bank in on primetime ditz, as all two seasons had wrapped all the episodes up within a week. Nevertheless, the uncertainty in the show’s renewal for a third season is more of a decision made on the part of Will Sharpe. As Sharpe has stated, he feels that he has exhausted all the necessary things to explore with his characters and his world by the end of season two and that one should think of the finale as the closure of the narrative.

While contentions have mostly flatlined after the writer himself had said he is not convinced about the need of a third season, it has also not been implied that the network is not interested. ‘Never say never though’, Will said to the press, although not leaving much more else to go on with. We cannot, therefore, determine whether there will be a season 3 eventually, neither its release date. If it does end up happening, we would not expect Flowers season 3 to come before at least Q3 2020 or thereabouts.

With the little to no chance of season 3 premiering (at least anytime soon), you can either while your time in wait for it or get started with the series by watching the trailer for season 2 here.