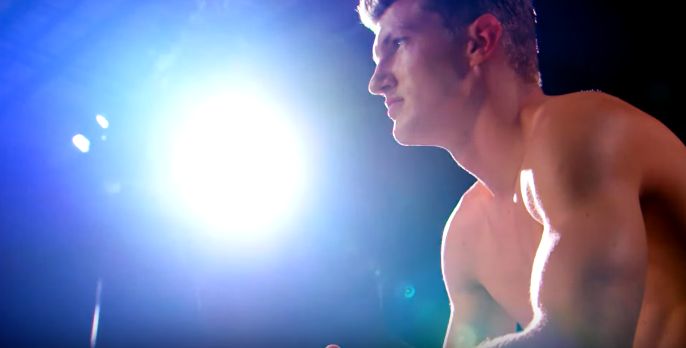 Facebook Watch is a video-on-demand service operated by Facebook Inc. Since its release in 2017, it has facilitated several low-budget or amateur web series. Among the few is the reality show, ‘Fly Guys’. As the title suggests, it documents a group of men as they fly a few hundred feet over a lake, well, at least for a few seconds.

This group of men happen to be professional stunt artists who must go through several challenges to perform various dangerous stunts, perfectly and safely. The series also reminds us that, performing stunts is not just a mere instance of dumb luck. There is a lot of science and effort behind a single stunt.

On January 16, 2018, it was announced that Facebook Watch had appointed Jukin Media to create the first season of the series, consisting of 10 episodes, running for 12 – 15 minutes. ‘Fly Guys’ is executive produced by Jonathan Skogmo and Josh Entman, and the animated graphics for the first season is done by Marina Gvozdeva and Kate Presbury.

‘Fly Guys’ began airing on Facebook Watch, from February 2, 2018. The season finale aired on April 6, 2018. Now the question is, will there be a ‘Fly Guys’ Season 2? We will delve into that but first, let’s quickly look into the details of the series.

Fly Guys Cast: Who is in it?

‘Fly Guys’ follows a crew of professional stunt persons, who design and execute extreme stunts. Their stunts are made with scientific excellence and provide unblemished entertainment. The crew consists of engineers, students, designers, and builders, who all share the same amount of enthusiasm for doing a stunt.

They might be driven by a rush of adrenaline, but they are smart, and understand what they are doing. They face both logistical and physical challenges, as they set out to conquer unfathomable heights. They also have a team of experts, most of whom are Europe’s highly trained professional gymnasts and professional stuntmen.

What is Fly Guys About?

A group of Europe’s most talented acrobats and stunt artists plan and work out a set of world-class stunts, around the planet. They like conceiving of dangerous stunts and then working them out. The group consists of engineers, students, and builders.

Nonetheless, they design some top-notch stunts with the help of math and science. When the stunt is well-planned and the crew is ready to perform it, they start working on the necessary arrangements required for performing the particular stunts. They must get the calculations flawlessly, because a minute mistake may result in a dangerous mishap.

The team is headquartered in Ljubljana, Slovenia, where they design and build the instruments necessary to perform the stunt properly. Once the builds are finished, they perform a series of tests using a dummy, finished by several manned attempts. Each episode follows the crew, as they design, build and perform a world-class stunt. The show is filled with clips of people flying hundreds of feet above a lake or jumping over a running train. However, most of the series is dedicated to the difficulties faced by the crew, while developing each stunt.

Above all, the series deems to prove that stunts are not just about stupid chance but has a smartly applied scientific effort and loads of hard work behind it. You will be left biting your nails with all the anxiety the series inspires.

Fly Guys Season 2 Release Date: When will it premiere?

‘Fly Guys’ Season 1 premiered on February 2, 2018, on Facebook Watch, and ran till April 6, 2018. The series gained popularity over Facebook, where it was shared a lot. However, neither Facebook Watch nor Jukin Media has released any official comeback of this interesting show.

However, given its circulation, we can estimate that the series will be brought back soon. We will keep you notified about any further news about ‘Fly Guys’ Season 2, but we expect it to release sometime in early 2021.

While you wait for updates on Season 2, here is the official trailer of Season 1 to give you an idea of the series.