‘Follow Me to Daisy Hills’ is a romantic comedy film that follows Jolene Mason, a whip-smart and kind-hearted woman who lives in the quaint town of Daisy Hills, with her father, Duke, and sister, Sofi. Jo spends most of her time helping her father run their shop, The Daisy Hills Store, founded by Duke and his late wife, Irene. Upon realizing that the store is experiencing a low customer turnout, Duke gets worried about its future. Therefore, he summons a business consultant from New York City to salvage his life’s work.

It turns out, the savvy guy from the city is none other than Blake, Jo’s high school boyfriend, who left the town years ago to pursue his dreams in The Big Apple. Jo is still bitter over the fact that Blake bailed out of their relationship when they were together. However, she reluctantly agrees to cooperate with him for her father’s sake. As time progresses, old wounds heal, and they fall in love again. Tensions arise between the lovers when Blake gets an opportunity to interview for his dream job. Stuck between a rock and a hard place, what will Blake choose – true love or career? In case you’re wondering about the shooting locations of ‘Follow Me to Daisy Hills,’ we might be able to help you with that!

It has been directed by Séan Geraughty, while Guy Cohen serves as the writer. A part of Hallmark Channel’s Fall Harvest line-up, the lighthearted movie was earlier titled ‘Love at Daisy Hills.’ Since the movie is set in Daisy Hills, many of you must be curious to know whether it was actually filmed there. Well, Daisy Hills is an Australian suburb, located in Logan City, South East Queensland. However, the movie was filmed entirely in the Great White North – Canada. Here are the specific filming locations!

Winnipeg is located in the province of Manitoba in Canada. As it is a go-to spot for filmmakers, the production team chose Manitoba’s capital city to double up as Daisy Hills for the romantic comedy. The entire movie was shot in several places in and around the city. 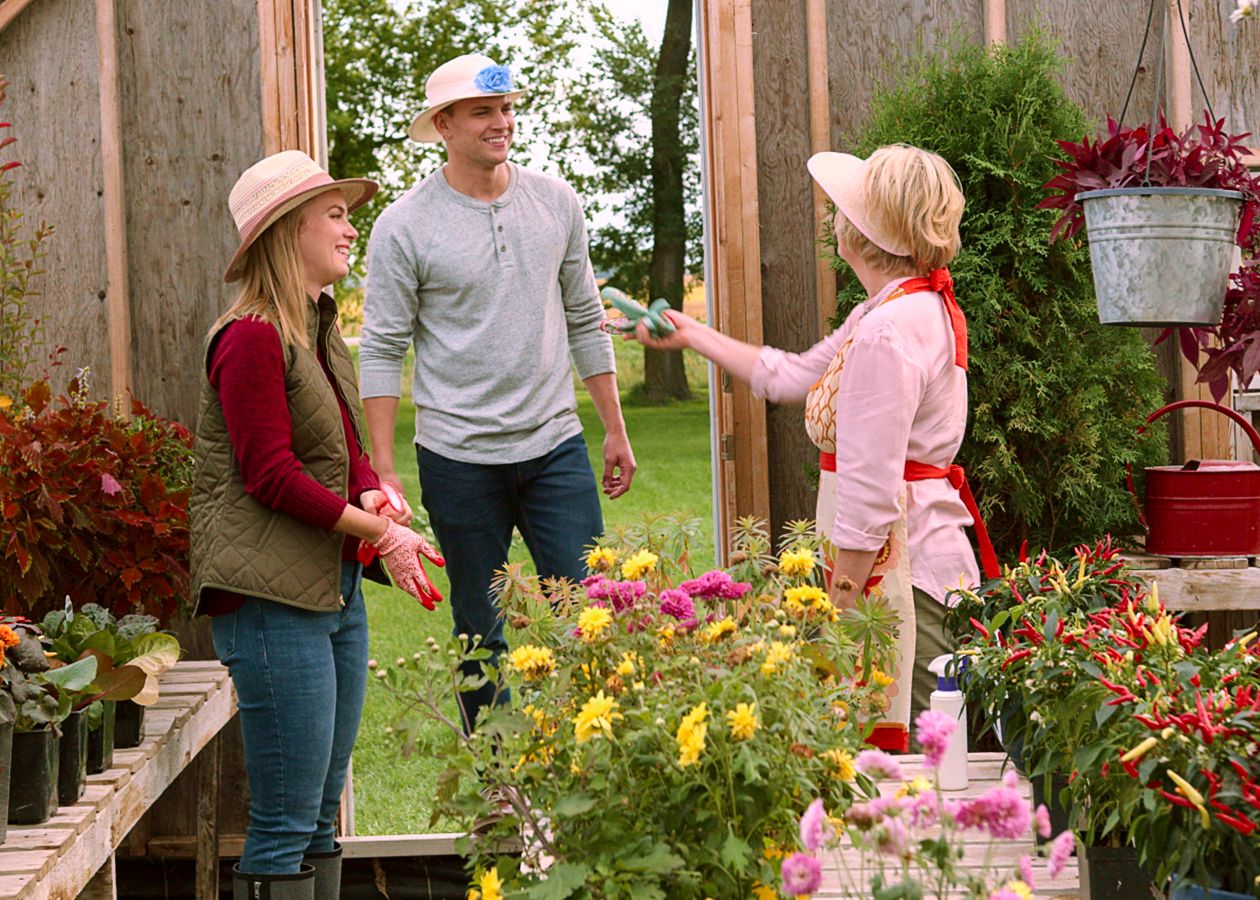 The cast and crew members have refrained from spilling any details regarding the shooting. However, we scoured through their social media accounts and found one picture, featuring the lead actors – Cindy and Marshall – having fun on the set. Jokingly shoving a boom mic to Cindy’s face, the man of many talents captioned the picture as, “If anyone needs a boom op hmu. Resumes on mandy.”

If anyone needs a boom op hmu. Resumes on mandy.

As far as the location is considered, well, when a fan inquired about the filming location, Cindy happily obliged by saying, “Winnipeg, Canada.”

The beautiful city is also considered as the Cultural Cradle of Canada because of its early 20th-century architecture and cultural appeal that can be seen in places like Canada’s Royal Winnipeg Ballet, Royal Manitoba Theatre Centre, Winnipeg Symphony Orchestra, among others.

Cindy Busby leads the cast as Jolene Mason, the sharp-witted woman who is stuck in a dilemma after ex-boyfriend comes back to town. A Hallmark regular, Cindy also has ‘Heartland,’ ‘Picture This,’ ‘The Vampire Diaries’ and ‘Supernatural’ to her credit. Joining Jolene as Blake, her love interest in the film, is Marshall Williams. Hallmarkians might recognize Marshall as Sam Tremblay from ‘When Hope Calls,’ while others might know him as Spencer Porter from ‘Glee.’ The cast also includes Paul Essiembre as Jo’s father Duke, Jade Michael as Jo’s younger sister Sofi Mason, Erik Athavale as Henry, Sharon Bajer as Carol, and Adrian McLean as Bob.