When Will Food Paradise Return to Travel Channel? 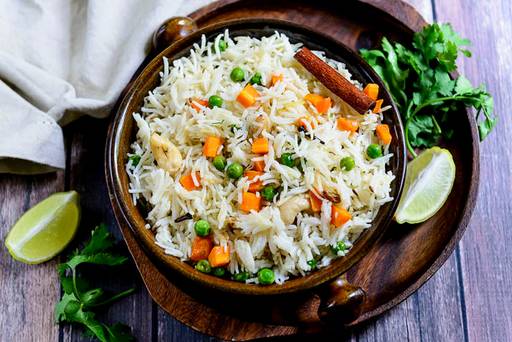 Food has always been a topic of keen interest from anyone and everyone, and while many of us do not know cooking beyond the basics, all of us are to some extent foodies. For this reason, food has always been a huge part of pop culture, and consequently, as we already know it, reality television shows give quite some focus on food. Naturally, there is a huge plethora of shows on food of all forms, including whole networks like Food Network exclusively dedicated towards the coverage of food-related shows.

While every network has some food-related shows, one of Travel Channel’s crown jewels when it comes to food shows is ‘Food Paradise’. Unlike most food reality shows, ‘Food Paradise’ hinges on being a food recommendations guide to foodies around the world, instead of adopting the cooking competition format which many food shows use.

For those unaware, ‘Food Paradise’ has been around for quite some time, with Season 1 of the show having hit viewers’ screens more than a decade back in 2007. Since then, the show has seen a total of 19 seasons. It was then again renewed for another season. Here’s all you need to know about ‘Food Paradise’ season 20.

Who is the host of Food Paradise?

When ‘Food Paradise’ initially started airing, the show was hosted by Mason Petit, who remained the host up until 2013. Since 2014, if one person can be said to be the face of ‘Food Paradise’, it would be the host/narrator Jesse ‘Blaze’ Snider. Snider is a man of many talents, being a rock musician, a voice-over actor, and an action comic book artist. At the same time he is also a high-profile TV and radio host.

Therefore, it does not come as a surprise that Snider was a celebrity before he started hosting ‘Food Paradise’, having worked as one of the most well-known hosts on MTV2 Rock. With over 100 episodes to his name, Snider’s simple presentation and his overall narration style really complements the down-to-business informative nature of ‘Food Paradise’. When the show starts airing its 20th season, Snider will also return as its host.

What is Food Paradise about?

‘Food Paradise’ takes viewers on sumptuous journeys and recommends the best eateries pertaining to a particular cuisine/dish in a particular location. For example, season 1 sees each episode focusing on a particular dish – Hamburger Paradise, Pizza Paradise, Steak Paradise, Donut Paradise, Hot Dog Paradise, and Sandwich Paradise are some of the episodes, to name a few.

In each case, ‘Food Paradise’ points out the best eateries serving the dish across multiple locations in the US. Since then, the show has remained true to this format, has expanded its food guide to locations outside the US, and focuses on guiding its viewers to the best eateries for each food category and/or dish.

In season 19, some of the focused venues in Texas include Scholz’s Beer Garden, Lockhart Chisholm Trial B.B.Q., Steiner Ranch Steakhouse, Ninfa’s on Navigation, Royers Pie Haven Round Top, Vitek’s BBQ Waco, and Batch Craft Beer & Kolaches. In season 20, we expect the host to introduce fans to several other eateries that have managed to attract foodies for years at a stretch.

In terms of reception, ‘Food Paradise’ enjoys great popularity among audiences, and has a rating of 7.9/10 on IMDb. Further, the 19 seasons that have aired so far only go on to prove how popular the show is. After all, who can resist knowing about the best places to get lip-smacking culinary delights?

Food Paradise Season 20 Release Date: When will it premiere?

‘Food Paradise’ Season 19 premiered on September 22, 2018, on Travel Channel. Throughout its run, it managed to delight viewers by showcasing some of the best eateries available for certain food categories and dishes.

As for season 20, here’s the good news. Travel Channel, after a gap of more than a year, renewed the show for another season. Although the series was on a break, the decision did not come as a surprise — considering the fact that the show has survived for over a decade and has been a mainstay for Travel Channel’s summer and autumnal primetime slots.

Coupled with the positive reception it has received from viewers over the years, ‘Food Paradise’ is all the more likely to be renewed for several more seasons. As of now, we should be happy to know that ‘Food Paradise’ season 20 is slated to premiere on February 23, 2020. (By the way, there is some confusion around the sequence of the seasons. Some believe that the next season is season 15 — and not season 20.)

While there exist no recent trailers of ‘Food Paradise’, here is a teaser on the show from 2016, to give you a glimpse into what it is all about. If Travel Channel releases a trailer for season 20, we will be sure to update this section to reflect the same. So, stay tuned.