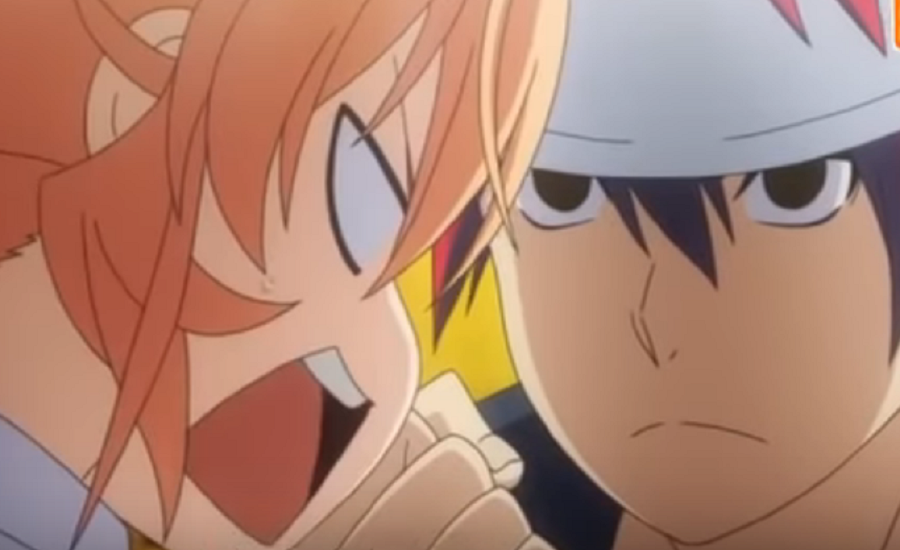 With no real gravity in all of its Shokugeki, Season 4 of ‘Shokugeki no Souma’ is on a downward spiral and its fervid pacing is not helping either. While the God-tier food and imaginative fan service does make up for all of this, the biggest blemish of this season is its animation. Which is surprising as it is still being animated by the same studio as all of its predecessors.

In Episode 10, the stakes get higher as the best of the best get to compete with one another. Along with that, ‘Shokugeki no Souma’ also brings in a much-needed change in its previous tedious format of battles. But does it really make a difference?

Tsukasa and Rindo calmly step into the battle arena while Nakiri and Soma keep arguing about pretty much everything. After a game of rock, paper, and scissors, they settle that Soma will be preparing the appetizers and Nakiri will be going ahead with the main course. But even after this, their arguments don’t end. While they are at it, Tsukasa and Rindo work perfectly as a team and cook up a “Mille-Feuille”, with a spectacular presentation. Rindo also uses formic acid from ants to add a mild tangy touch to it. Tsukasa also makes “The White Armor Plate” using Red Meat and as soon as the judges taste his dish, they find themselves in “The Gourmet Eden.”

Turns out that Azami, the main judge, has “The Gifting” ability which allows him to disrobe the ones around by using his mind. He gets so blown away by Tsukasa’s dish that, unknowingly, he ends up disrobing the other two female judges. With this, he announces that his daughter, Nakiri and Soma do not stand a chance against Tsukasa’s appetizer. Even so, Soma still seems to be quite confident about himself and goes on ahead with his dish. He uses Nakiri’s God’s Tongue to get the hang of all the ratios of ingredients in his dish and finally completes his appetizer. However, to everyone’s surprise, his dish looks nothing like an appetizer and has more of the main course appeal to it.

Nonetheless, the judges still give it shot and are extremely impressed with how inventive and flavorful it turns out to be. Azami, yet again, ends up using his Gifting ability. But even after being so amazed by Soma’s dish, Azami completely dismisses it by claiming that it is not an appetizer. With this, Tsukasa lands an easy win. Infuriated by Soma’s carelessness, Nakiri blames him for their loss and that’s when he explains it to her that his only intention was to set a standard for her with his dish. The only way she can beat Rindo and Tsukasa with their main course is by beating what he has created. In the end, what started off as an ultimate Shokugeki between the Elites and Rebels, turns into an intense battle between Nakiri and Soma.

Season 4 has been following this pattern lately. The outcomes of each battle are somehow correlated to the serving order of the contestants. And even from a story standpoint, it’s always easier for the last dish to win. For the looks of it, if the anime sticks to this format, we can already predict the outcome of the ongoing battle. While the episode blazes through three dishes in just 20 minutes, it’s refreshing to see that the audience’s reactions are finally back. However, it almost seems like theses audience reactions were forcefully included into the episode just because many viewers have complained about this season’s lack of it.

The panning still images and lack of any real animation is almost making this season unwatchable. But it seems like J.C Staff Studio has clearly mastered the art of creating some sort of suspense by the end of each episode with major cliffhangers. And at this point, I’m pretty sure that for most viewers, it’s these cliffhangers that are making them stick around. The next episode promises an epic showdown between the two allies, Soma and Nakiri. It will be quite refreshing to see something that stands out from the formulaic approach of this season. But then again, I wouldn’t keep my expectations too high.