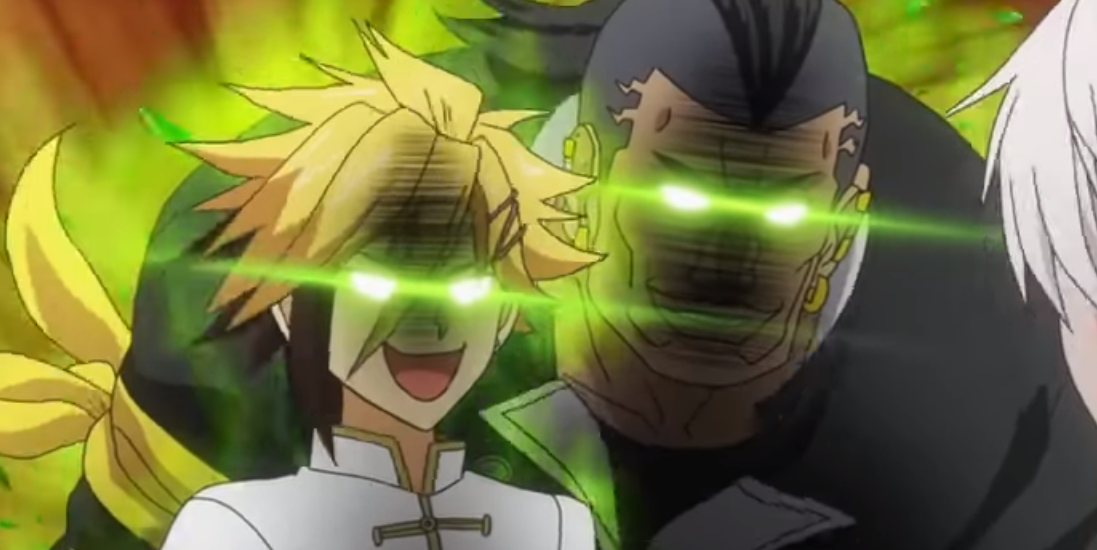 Unlike most other anime out there, Season 4 of ‘Food Wars’ wasted no time with recaps or fillers in its first episode and plunged right into its intense culinary battles. While the first episode did re-introduce us to all the characters who were competing against one another in the Shokugeki, it emphasized more on the battle between “ramen expert” Megishima and Kobayashi Rindo, who is the second seat holder of “the Elite Ten”.

Based on my first impression, ‘Food Wars Season 4 Episode 1‘ was a much-needed rush of adrenaline that gave the entire season a head start and with episode two, Season 4 is certainly not holding itself back. With the Rebels having an upper hand from the very beginning, the pilot got us gravely curious about the future of “The Elites” in the tournament. But since this is the ultimate Shokugeki that will determine the future of the entire academy, “The Rebels” are probably far away from rejoicing an ultimate win. With many more fierce food battles that are backed up with shounen metaphors and fan service, episode 2 keeps you at the edge of your seat at all times.

The first episode descended right into the Shokugeki between Rindo and Megishima and along with that, it also explored how Soma managed to change the pacifistic beliefs of Megishima by convincing him to join their team. From the looks of it, the episode laid a lot of weight on Megishima and almost convinced us that he would easily win against Rindo.

In the meantime, Kuga, from “The Rebels” comes face to face with his toughest opponent yet—Tsukasa, the first seat holder of “The Elite Ten”. To make things worse, unlike the other competitors who are supposed to use generic key ingredients for cooking, Kuga and Tsukasa have to use green tea. With the stakes so high now, the first episode got us all wondering if Kuga will stand a chance against the best of the best?

Episode 2, instead of taking us back to the duel between Megishima and Rindo, it reinstates the whole bizarre idea of using green tea leaves for cooking. While Tsukasa seems to be very well aware of what he is doing, Kuga seems to be very distant from the whole idea of cooking with the leaves. That’s when, Mimasaka, who is competing against Saito, tosses a jar full of brownish liquid in Kuga’s direction.

“The Rebels” get a little worried about Mimasaka, who seems to be more concerned about Kuga’s dish than his own. Mimasaka, unlike all other chefs, is not known for cooking up any special dishes, instead, his talent lies in the art of mimicry. In the past, he has been able to easily create perfect clones of the dishes of all of his opponents and along with that, to get an edge, he always adds something extra to these rip-offs.

While his opponent, Saito, spends the first few minutes of the bout thinking about the perfect dish that he could prepare with tuna, Mimasaka prepares a jar full of smoked soy sauce for Kuga. In the end, he only has to mimic Saito’s actions to create a cloned version of his dish. So while Saito focuses on thinking about what he could make out of tuna, Mimasaki uses his extra time to not only help his teammate but also to later compliment his own dish with the flavors of his soy sauce. As predicted, his dish turns out to be a masterpiece and even the host of the tournament, who mostly supports “The Elites”, falls in love with his sushi. Meanwhile, even the other parallel competitors manage to finish off their dishes and it all comes down to the decisions of the judges.

Typically, when I see too much fan service in an anime, I am easily turned off because of how unnecessary it is. But ‘Food Wars‘ has indeed mastered the art of depicting fan service with its amazing visuals and of course, the context that it brings to these scenes. Episode 2 again has its fair share of fan service moments where the judges and even the host of the tournament get orgasmic “full-body” reactions when they taste delicious food. The visuals of the flavorsome dishes cooked up by all the competitors are mouth-watering, but the fanservice that follows acts as an icing to the cake and heightens the whole drama that revolves around it.

Unlike episode one, which drifted between two different timelines, Episode 2 follows a linear storyline but makes things more interesting by simultaneously brining light on all three battles. The pacing of this episode initially seems fine but its final conclusive moment comes in a bit too soon. Before you know it, the judges announce the result of two of the Shokugeki which again, comes as no surprise. As mentioned earlier, since the very beginning of the season, “The Rebels” had a predominance in the tournament because of their previous wins. So it was pretty obvious that “The Elite” would eventually catch up with them.

Though the plot here becomes extremely foreseeable, what makes up for this is the ending of the episode. All this while, since Kuga is facing the top chef of the Elites, as viewers, we remain under the impression that he would never stand a chance of winning, especially with tea leaves. But Kuga, who was previously portrayed as a very childish character, shows a lot of maturity by accepting help from Megishima. In the final act, both Megishima and Mimasaka end up losing to their opponents but surprisingly, Kuga still shines as a ray of hope for “The Rebels”. With a major cliffhanger, Episode 2 comes to a satisfying end.