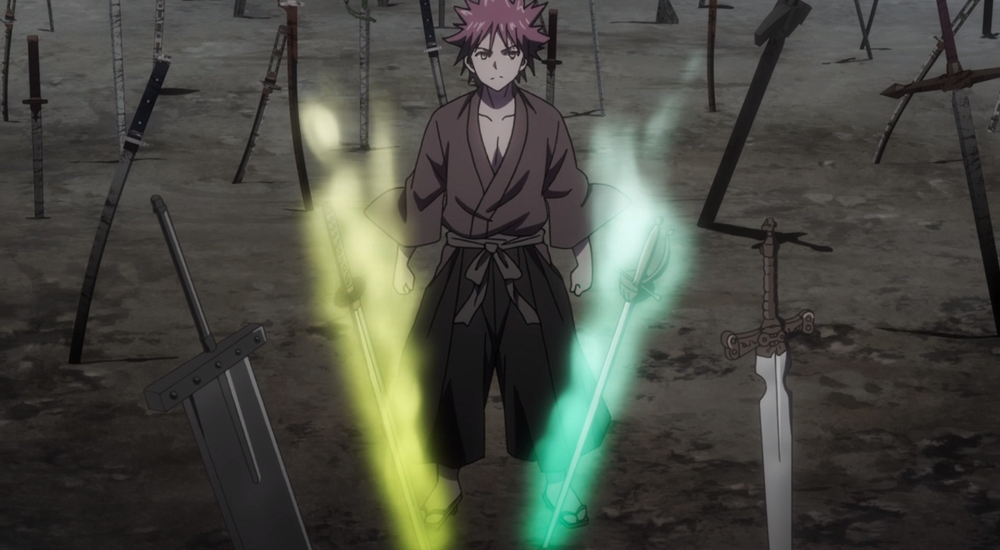 To put it rather bluntly, ‘Food Wars‘ is now starting to lose its hold as one of the best modern shounen. And there’s nothing particularly wrong with this season if we compare it with the others but it’s just that, in most anime shows, when you look forward to a full-fledged tournament arc, you expect a lot more than still shots and judge reactions.

Apart from all the inventive food themes and dishes and its underlying themes that revolve around the importance of teamwork, ‘Shokugeki no Souma’ Season 4 is too tightly crammed together and lacks any real gravity to keep you interested as a viewer. I appreciate the fact that it has been avoiding any unnecessary fluff by introducing filler arcs, but what makes it so tedious to watch is the stagnancy and non-progressiveness of its content. Sadly, Episode 6 is no different.

Episode 5 ended with Takumi’s epic win against Eizan, and now, the fate of the Rebels rests in Soma’s hands. Saito really appreciates Takumi’s brilliance during the battle and even quotes Sun Tzu: “If you know the enemy and know yourself, you need not fear the result of a hundred battles.” Soon after this, all the other battles are forgotten as now it all comes down to the final showdown of the third bout—Saito Vs. Soma. With butter as their main ingredient, the two of them prepare themselves for their cook-off. To everyone’s surprise, Saito, the sushi expert starts using oranges for his dish while Soma keeps things a bit too simple.

Within no time, Saito creates a buttery sushi masterpiece that hits the judges like a wave of the ocean. Drowning in the luscious flavors of his sushi, they can’t help but almost call him out as the winner. Looking at the reaction he gets from the judges, the Rebels get really worried about Soma’s stance in the battle, and for a moment, it also looks like Soma has already lost. But then Soma cracks open his oven and pulls out his own sushi that has been savored with buttery flavors.

The episode then takes us back to a flashback where Mimasaka, who is best known for making clones of other people’s dishes, helps Soma with his upcoming battle. He creates an exact replica of Saito’s sushi so that Soma can deduce a way to counter it. But eventually, after extensively working hard towards creating something better, Soma realizes that he must not only use his own “sword” to defeat Saito, but he must walk on the path of true bushido and yield many different weapons to finally defeat Saito. He not only uses his own abilities to pull-off the perfect dish but brings the unique skills and flavors of all of his past opponents to blend all of them in one. This approach works magically, and as predicted, he wins.

Somewhere near the opening of the episode, as we are introduced to the battle between Soma and Saito, Saito just throws a dab of butter into a skillet, and of course, the whole room fills with its essence. But the mere exaggeration of this scene is downright annoying. It’s almost like the creators of the series are solely reckoning on food reactions in this season, and as an audience, it feels like they are treating us as ignorant fools who are just in for pleasant visuals of food. I’m probably being a bit too brash about this, but these overwhelming food reactions need to be toned down a little.

Negatives aside, from a character development standpoint, this episode does shine birther than its predecessors. Soma, despite being the main protagonist, was previously being outcasted for the most part of this season. However, in this episode, he not only lands a memorable win but is also able to prove that he is indeed a true leader. With its heavy emphasis on team-work and “friendship wins all” themes, Episode 6 does make some clichèd anime references, but at the same time, it also indirectly develops some of its previously-ignored side characters. And not mention, the fact that Soma is able to use Megumi’s apple butter to his own advantage gives you the satisfaction that her efforts did not go to waste.

The episode also draws a trump card with its references to other modern shounen such as ‘Fate/ Stay Night: Unlimited Blade Works‘ and even ‘Dr. Stone‘ in some ways. By contrasting Soma’s journey with the Bushido of a Samurai, the episode captures the true essence of Shounen anime and shows its loyalty towards the very roots of the genre. This approach was indeed quite refreshing and saved the episode from being a complete disappointment. Even so, the future of ‘Food Wars’ Season 4 is still hanging by a thread.