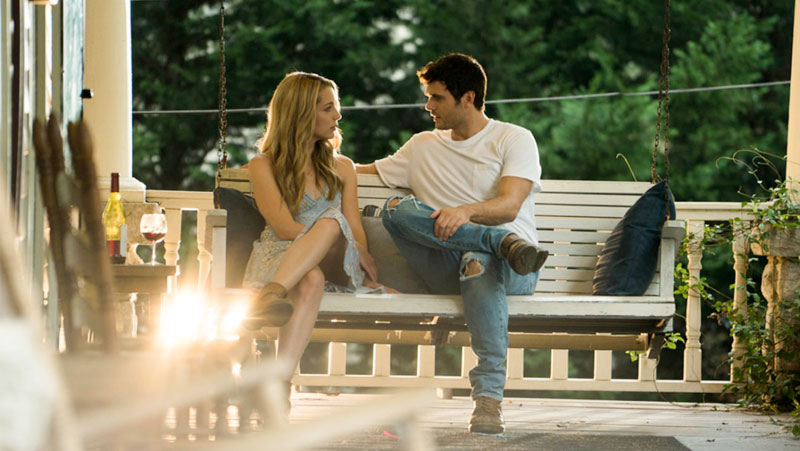 Fame can be toxic. At first, dreams of fame can pull one away like an addiction. After receiving fame, it can get to one’s head. There are countless stories of fame having destroyed someone’s life. Maybe they became too full of themselves, losing touch with their roots. Maybe, the chase for fame made them do unspeakable things. UPtv’s ‘Forever My Girl’ is a romance movie that tackles the topic of fame through its protagonist, and how it can potentially destroy human connections.

The story is set in the town of St. Augustine in Louisiana and revolves around a man named Liam. Eight years ago, Liam had left Josie at the altar in St. Augustine. However, he is forced to return to the town after finding out about the death of one of his groomsmen, Mason. He has become an extremely successful country musician. After a concert in New Orleans, he returns to his hometown and attempts to be discreet.

However, Josie manages to see him and punches him in the stomach. On the other hand, Liam’s father is bitter since Liam has not kept in touch. Will Liam be able to right past wrongs? Will he and Josie manage to get together? Or will Josie refuse to do so? There is only one way to find out!

As mentioned earlier, ‘Forever My Girl’ is set in St. Augustine, a town in Louisiana. The setting is quite important to the story plotwise. Hence, replicating a Lousiana town would have been integral for the movie. Thus, it is natural for viewers to wonder whether the movie has been actually filmed in Louisiana or not.

Well, ‘Forever My Girl’ might be set in Louisiana but it was not filmed there. According to local sources, filming for the movie was mainly undertaken in Georgia. Georgia offers lucrative tax credits which help producers cut down on their filming costs considerably. A 20% tax credit is given to productions that spend more than $500,000 in the state. An additional 10% tax credit is offered to those productions that attach a promotional logo in the final product.

Within Georgia, filming was mainly carried out in Atlanta. Apparently, the lead actors met several times before filming in Atlanta to be comfortable around each other.

Filming was not limited to the state of Georgia however. The scene involving Liam’s concert was actually filmed in New Orleans, according to IMDb.  To be more precise, this scene was shot in Mercedes Benz Superdome on 1500 Sugar Bowl Drive.

Forever My Girl Cast: Who is in it?

The character of Liam is essayed by the British actor, Alex Roe. Some of the other projects that Roe has appeared in include ‘Hot Summer Nights,’ and ‘The 5th Wave.’ Next, the character of Josie is essayed by Jessica Rothe. Rothe has also starred in ‘Juveniles,’ ‘Happy Death Day,’ and ‘Mary + Jane.’ Other cast members include Abby Ryder Fortson, Travis Tritt, Peter Cambor, and Gillian Vigman.