Where is Forged in Fire Filmed? 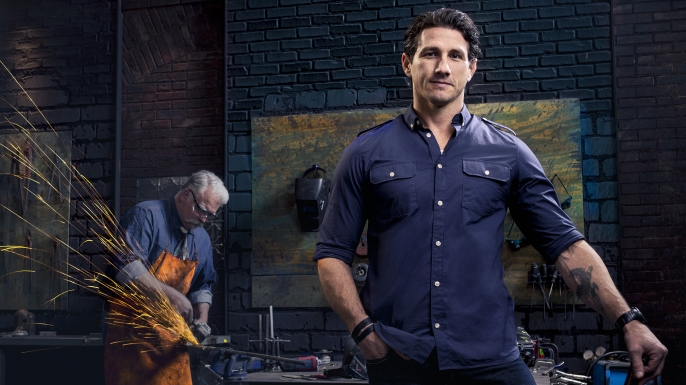 One kind of reality shows that have found high levels of popularity is the competition reality series. Competition reality series sees contestants go up against each other to win a grand prize. Such series often carry a high amount of drama due to the win-loss component of competitions. There are shows like ‘America’s Got Talent‘ which are broad in terms of what they expect from their contestants. However, some of them are the opposite: expecting a specific set of skills like singing. History Channel’s ‘Forged in Fire‘ is the latter kind of competition series.

‘Forged in Fire’ is a weapon-making show. The series sees contestants attempt to brandish weapons and engage in three elimination rounds to win $10,000 at the end. They are provided with a large set of equipment including coal forges, propane forges, hydraulic presses, etc.

Most episodes begin with a certain set of material that the contestants are provided with in order to forge a blade. Sometimes, the contestants may also be asked to gather their own material from a disused car or lawnmower for instance. After a set amount of time, the contestants’ creation is judged.

In the next round, the remaining contestants are asked to convert their blades into fully functional weapons. In this round, they are supposed to attach a handle and other required features. They are also required to work on any flaws pointed out by the judges in the previous round.

In the final round, the contestants are shown a historically significant weapon. Then, they are given five days to recreate it.

The judges are in the hot seat on #ForgedInFire: Meet The Judges tonight at 8/7c on @HISTORY.

A look at the war axe known as the Horseman’s tabar. #ForgedInFire

I guess we all handle being nervous differently… #ForgedInFire