When Does Forged in Fire Season 8 Premiere? 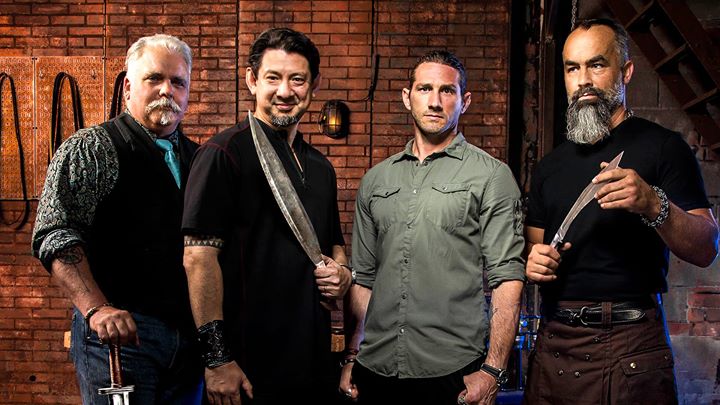 ‘Forged in Fire’ is an American competition reality television series which airs on the History Channel. Hosted by Wil Willis, the show follows bladesmiths who compete to forge bladed weapons and emerge as the best bladesmith. It’s particularly popular among weapons enthusiasts and history geeks who have an interest in bladed weapons. Season 1 of ‘Forged in Fire’ premiered on June 22, 2015, and was received well by the public at large. Since then, the show has seen a total of 7 seasons air. Read on to know when its eighth iteration will land on tv screens.

Wil Willis, the show’s host, is a former US Army Ranger and a decorated US Air Force para-rescue specialist, who has had former television experience and has appeared in television shows like ‘Special Ops Mission’ and ‘Triggers’. In season 8, Willis will make a comeback.

As far as judges are concerned, the constitution of the three-member panel has remained mostly constant too. One long-standing judge has been knife and sword expert J. Neilson, who is a Master Smith with the American Bladesmith Society (ABS) and is responsible for examining weapons’ technical aspects and durability in the show. However, while Neilson has been present for most of the show, ABS Master Smith Jason Knight and two-time ‘Forged in Fire’ champion Ben Abbott served as his replacements in portions of Season 3 and Season 4. Weapons history expert David Baker and edged-weapons specialist and US military contractor Doug Marcaida serve as the other two members of the three-member judge panel. Season 8 is expected to see at least three of the aforementioned judges making a return.

What Can Forged in Fire Season 8 be About?

Set in Brooklyn, New York, the show has a set-up called “The Forge” which is stocked with all the equipment required to make a fine blade. In each episode, four bladesmiths are chosen to fight it out for glory, and the competition takes place in three rounds.

In the first round, the bladesmiths are required to forge a blade from a given material, or they are given the option to choose their own materials or salvage materials from unused metal parts such as junked cars or other metal objects. Regardless of the source material, show host Wil Willis states one or more sets of criteria that have to be adhered to in the making of the blade. Once the blades have been made, they are evaluated by the judges based on their quality and their adherence to the criteria set by Willis. Once the evaluation is done, the maker of the worst blade gets eliminated from the competition.

Understandably, the second round starts with the remaining three contestants. In this round, the bladesmiths are given a particular amount of time to turn their basic blades into a fully operational edged weapon and address the issues and flaws pointed out by judges in the first round. Once the bladesmiths complete this task, their weapons are put to the test by judges, who test the weapons to determine their proficiency in areas of sharpness, durability, and ease of use. These tests are conducted by using the weapons to chop/slash/stab various objects, which range from ice blocks and ropes to animal carcasses, wooden slabs, and steel doors. Like in the first round, the bladesmith whose weapon performs the worst is eliminated in the second round.

The final round or the third round is entirely different and tries to push the two remaining smiths to their limits. In this round, the two remaining bladesmiths are shown a weapon of considerable historical value, which is also technically difficult to forge. Once they are shown this weapon, the two bladesmiths are given five days to replicate it, and they must do so according to the specifications set by host Willis. After these five days elapse, the two smiths return to The Forge and present their versions of the weapon, which are then tested by the judges. The bladesmith who forges the best blade is declared the winner and given a cash prize of $10,000.

For those interested, these historical weapons which bladesmiths are tasked with replicating in the third round are not restricted to any particular era of history or any particular region. For instance, the show has, over the years, tasked bladesmiths with making ancient weapons like the Roman Gladius or the Xiphos Sword to medieval weapons like the Scottish Claymore or the Japanese Katana to relatively modern weapons like the Elizabethan Rapier or the Schiavona. Although the format of ‘Forged in Fire’ has been tweaked every now and then, the basic structure of the show is expected to stay the same in season 8 as well.