When Will Forky Asks a Question Season 2 Premiere on Disney+? 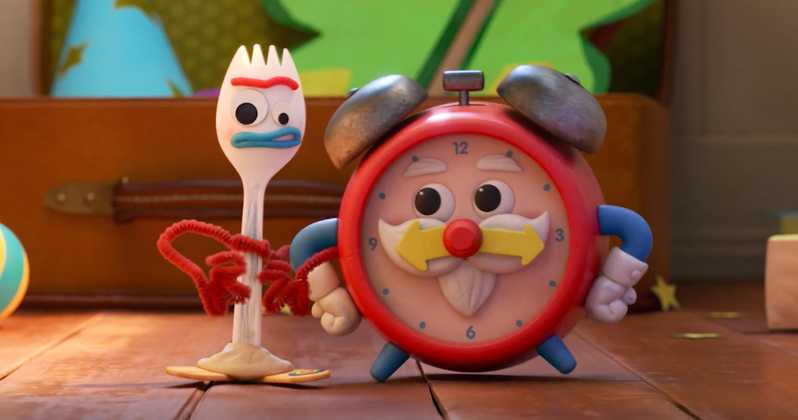 Forky, the beloved spork from Pixar’s ‘Toy Story‘ franchise, is the hero of Disney Plus’ animated series of shorts, ‘Forky Asks a Question’. Exclusive to Disney’s streaming platform, this story is about the titular character who has a lot of queries about life. He asks important but seemingly endless questions about the workings of the world, which include: What is love? What is time? And what is cheese?

Forky Asks a Question Cast: Who is in it?

‘Toy Story’ fans might already recognize the goofy toy named Forky, who first came into prominence after making an entry in the fourth installment of the franchise. Adding extra doses of drama and fun to the already fan-favorite movies, Forky is a character who does not wish to accept himself. He believes himself to be trash and not a toy, declaring, “I don’t belong here!”

In ‘Forky Asks a Question’, we get a standalone series dedicated completely to the adorable Forky with his squiggly little face, who is a spork attached to a pipe-cleaner. Alongside him, we also meet other familiar faces such as Woody, Bo Peep, and Bonnie.

Tony Hale (also known for voicing Archibald in ‘Archibald’s Next Big Thing‘ and for his performances in ‘Arrested Development‘ and ‘Veep‘) serves as the voiceover artist for Forky.

In season 2, we expect most of these characters to return, including Forky of course, alongside their voicing actors.

Forky Asks a Question Plot: What is it about?

‘In Forky Asks a Question’, the lead character goes about shooting various types of questions to his peers — which involve the definition of love, the concept of time, and the description of cheese. However, some questions go a bit deep. Like, what is life and why are we alive? Is Piglet male or female? Is time travel real and if yes, would not we know about that already? Why are bees dying at an alarming rate? Where do highways lead to? And last of all, why do bad things happen only to good people, and maybe vice verse?

In each of the 10-minute episodes, Forky keeps on bothering his buddies with a constant, unending list of questions. Sometimes, he ends up being more confused after he receives his answers. And at times, his pipe-cleaner arms threaten to fall off due to stress. However, the best part is, Forky does not think that he is trash anymore. In fact, the cobbled-up creature is now on a mission to discover the mysteries of the world, which act as puzzles for this new creation.

Since Forky is the newest addition to Bonnie’s toy collection and he was assembled from bits of rubbish, he does not get simple things, which are universally understood by his peers. However, sometimes, his friends do find it difficult to explain this regular stuff. For instance, in one episode, Forky has a question about money which he shoots at Hamm. But Forky keeps on coming up with counter questions to Hamm’s answers. Again, another doubt is about friendship, a concept that makes Forky totally confused. He gives a name to an inanimate object and each time he begins a conversation, his friends stare in disbelief.

‘Forky Asks a Question’ is an endearing series, especially because the lead character is so cute. Each time his arms slide up and down or every time he wobbles on his feet, we cannot help but go ‘aww’. It appeals to adults and kids alike while being hilarious and yet proves to be educational and informative by addressing some important subjects like art, time, friendship, and more.

Forky Asks a Question Season 2 Release Date: When will it premiere?

‘Forky Asks a Question’ was dubbed as a mini-series during its conception. Hence, chances for a renewal are slim. But it holds an approval rating of 80% on Rotten Tomatoes, with the critical consensus saying, “Short and sweet, Forky Asks a Question is fun and funny enough to work for fans.” So we cannot negate the possibility of a second season altogether either.

With such good ratings, it’s possible that it might make a comeback yet again. We have seen one-offs being made into multiple seasons earlier. Hence, if the makers go for a renewal, we can expect ‘Forky Asks a Question’ season 2 to premiere sometime in November 2020.

You can watch the official trailer for season 1 of ‘Forky Asks a Question’ below: