Netflix Review: ‘Fractured’ is an Interesting But Predictable Thriller 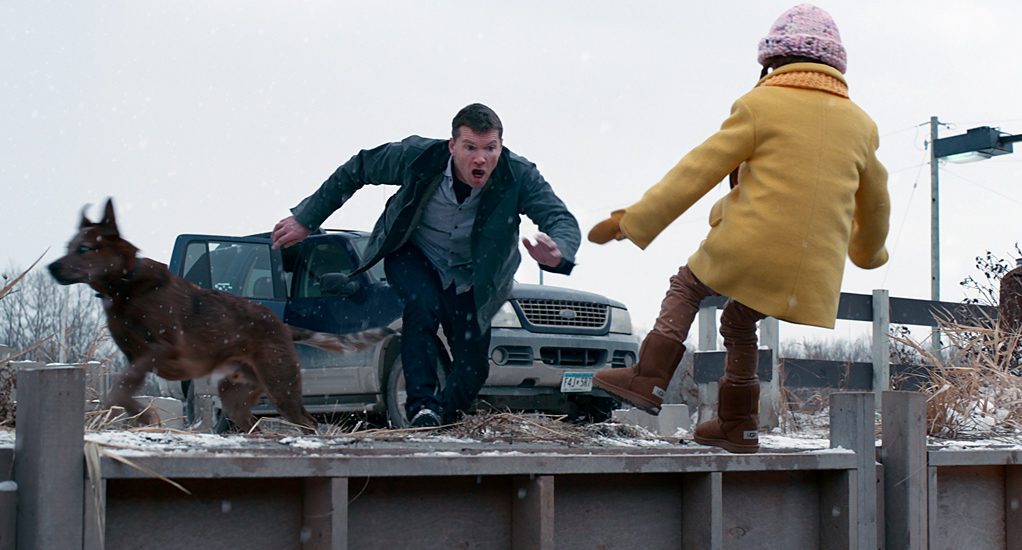 Directed by Brad Anderson, ‘Fractured‘ is Netflix’s thriller that stars Sam Worthington (‘Avatar‘) and Lily Rabe. From the very first scene, the film starts to establish its dark atmosphere with bleak grey backgrounds and washed out colors. The focus then moves to the main character, Ray, who is on a road trip with his family and is heading back home.

As a viewer, you experience a growing uneasy sense of foreboding as the film slowly progresses further. Ray stops by at a gas station and that’s when things take a very grim turn, which sets you in the right mood for what lies ahead. His daughter, Peri, ends up hurting her arm and he makes his way to the nearest hospital to get her treated. At the hospital, his wife and daughter disappear, which honestly, is a cliched plot point that has been used in several films like ‘Searching‘, ‘Prisoners‘ and even ‘Flight Plan‘.

From hereon, you become an armchair detective and try to fit the pieces of puzzle together. You initially think that probably the film is about the horrors of the present healthcare system. But soon, this entire theory goes out of the window, when the camera keeps focusing on Ray’s expressions to emphasize the fact that everything is confined to what he is thinking and feeling. This is probably where the film could have been more subtle, as emphasis on the main character that almost sells out the whole story. But after conspicuous portrayal of what might lie ahead, the film often puts you on a crossroads where it’s hard to determine if the protagonist is truly bereaved or he’s just playing the victim card to compensate for his own sins.

Ironically, once this conflict has been established, the film only gets dull with a series of repetitive events that involve arguments between Ray and the hospital staff. Throughout all of this, Worthington’s performance is quite promising and it very well convinces you that he is actually going through a lot. And if you look closely, you’ll also be able to see this mild sense for insanity that flickers in his eyes from time to time. While the premise makes a lot of plot points quite obvious, it’sSam Worthington’s acting that truly plays with your perceptions and at times, makes you feel as lost as the character. Even the character’s actions get extremely drastic where he threatens to kill those who are potentially trying to harm his family. None of this seems exaggerated because even the staff of the hospital acts really shady. But then again, everything that is being portrayed is solely from Ray’s perception.

Despite having a very short runtime, the film does get very tiresome with all of its twists that make you question whose side you’re on. It is not until the end that the film somewhat redeems itself. But before the climactic moments, the film is just a series of manipulations that force you to stay a little longer just for the final reveal.

Speaking of the ending, from the very beginning, it becomes pretty obvious that the film is preparing you for something twisted that you may or may not be able to comprehend the first time. Unfortunately, though quite interesting, the ending is self-explanatory and answers almost all your questions. Even then, if you’re struggling to understand what really happened, you can refer to our “Fractured Ending, Explained” article.

At the end of the day, as a viewer, you can easily start guessing what the film will be about right from the very beginning and to an extent, that’s probably what the creators want. I was personally able to foresee a lot of twists and turns in the first 15 minutes itself and though I was right about many of them, there were certain things that came as a huge surprise, especially the ones that are related to the secondary characters. Overall, though extremely thrilling at times, ‘Fractured’ is more or less of a derivative of ‘The Machinist‘, director’s earlier work. The film often runs in circles and because of all of its shortcomings, it is indeed a little “Fractured”.