Where is Francesca From Too Hot To Handle Today? 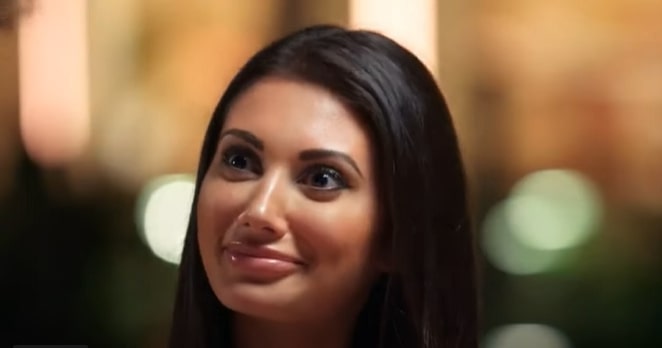 Netflix’s new dating reality show ‘Too Hot To Handle’ saw ten smoking hot individuals from all over the world. While men found many women attractive, there was one that was commonly desired by all of them – Francesca! The Canadian beauty was deemed as the ‘Queen’ of the show and men struggled to keep their hands off her. Her intimidating personality was feared by many, but her heart was stolen by the youngest guy in the pack!

Who is Francesca Farago?

Francesca Farago is a 25-year-old model from Vancouver. She flaunts her sexiness to thousands of followers on Instagram and often posts pictures from her photoshoots. An underwear and bikini model, she is vegan and a dog-lover.

do people that say they were born in the wrong generation know that we have iphones & uber eats.. and that weed is legal? like what’s ur deal 😂 SWIM @mishaswim 💓

Francesca knew she was hot stuff as soon as she entered the show. On the very first day, she makes out with co-star Harry and develops feelings for him. Luckily the feelings are mutual. Harry and Francesca break the rule of the ‘sex-ban’ when he kisses her again on the second day. Guilty about losing out on some of the prize money, Harry lies to the group about Francesca initiating the kiss. Francesca is obviously furious and calls him out on his lies, but no one believes her.

As an act of revenge on Harry and the co-stars, she kisses Haley to mess with the prize fund. She decides to ignore Harry and makes a move on Kelz. After going on a date with him, she realizes that she still has feelings for Harry. After dumping Kelz, she patches up with Harry and both of them confess their love for each other.

One of the strongest couples that last till the very end, Harry and Francesca break the rules approximately four times. They are the only couple to engage in intercourse on the show. Their rule breaches cost the group about $32,000, which they ultimately earn back in the finale.

Where is Francesca Now?

Francesca splits her time between Vancouver and Los Angeles. After the filming wrapped up, it seems like she visited Australia to spend some time with Harry. Harry, too, might have gone to Canada on Francesca’s invitation. It seems like the duo is still dating. They might be maintaining a long-distance relationship and living together when both of them are in LA for work. Francesca is also a social media influencer. She models for paid promotions for fashion labels on Instagram. She is launching her own biodegradable clothing line very soon.

I swear @VeriphySkincare is the KEY to my clear skin, have been using their products for 6 months now and bring them everywhere 💖 they harness the power of PhytoSpherix, a 100% plant-based glycogen that enhances the skin’s natural ability to produce collagen, elastin and hyaluronic acid for optimal hydration and a smooth complexion. Love you forever @VeriphySkincare thank you for blessing my face. 💖  So excited that their products are now available online at @ShoppersDrugMartOfficial and in @MuraleBeauty stores. 💖 This Female founded and owned company are powered by nature, backed by science, vegan, cruelty-free & Canadian made! #VeriphySkinCare

Read More: Where is Chloe from Too Hot to Handle Today?