Freddy Krueger has been one of the, if not the most, integral parts of the ‘A Nightmare on Elm Street’ movies. The success of the franchise is always under question, the reboot in 2010 just underlines that fact. But Freddy Krueger’s character, for the most of the part, has been responsible for the word “nightmare” in the series. Various actors played Freddy Krueger, starting with the legendary portrayal of Robert Englund, followed by Jackie Earle Haley’s portrayal in the reboot. I would say that these two are the ones that make a difference if you consider the portrayals of Tobe Sexton, Antony Rosano, Noble Craig and Chason Schirmer. 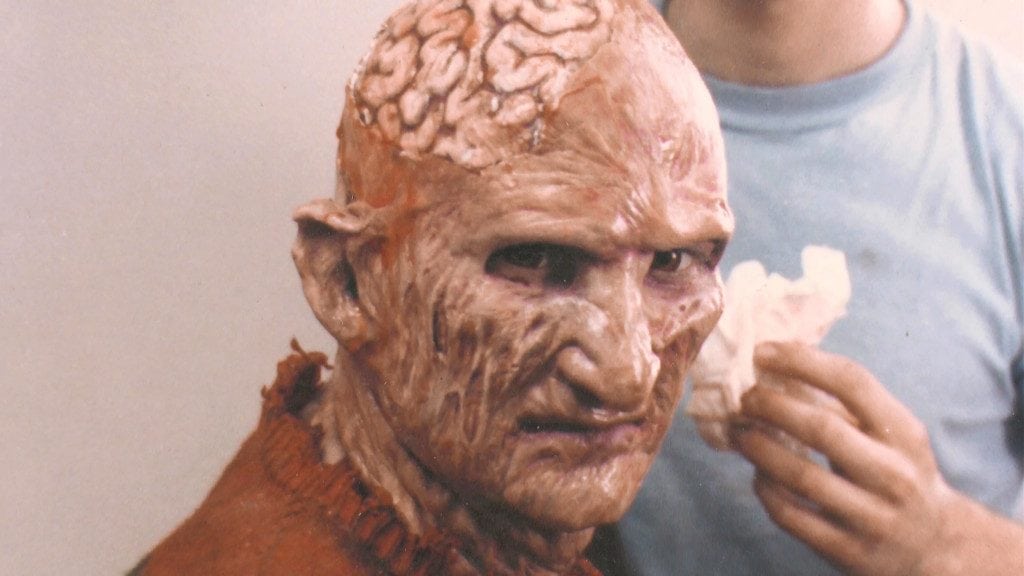 Firstly, I would like to warn you, this movie is nothing like the other entries. Its plot and script are very bad, and also pretty weird. On the good side, the movie has great special effects, including many realistic gory deaths and some pretty cool paranormal attacks. The acting is actually pretty good, and so is the camera-work. But sadly, these things can’t help but make you mad, just teasing you about how good this movie could have been if it had an even halfway decent script. 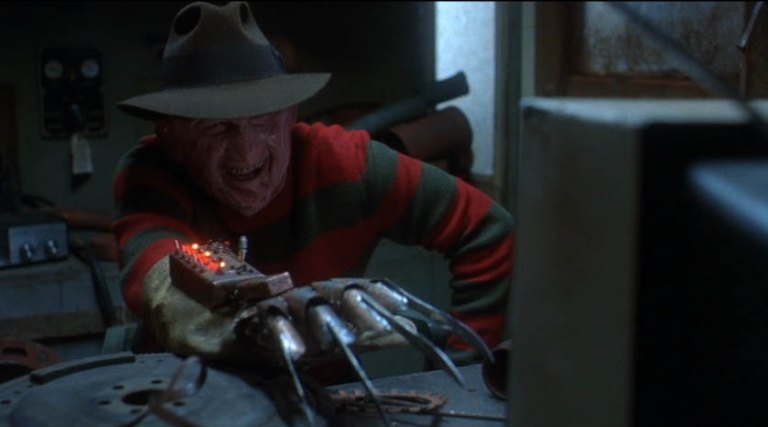 There are plenty of really creative ideas in this movie that would have worked if done right. If they went back to the roots of what Freddy Krueger was from the beginning and went closer to the tone of the first one, the many big ideas used in this installment could have been decent. At the end of the day what is good here falls short because of the execution. This is the worst ‘Elm Street’ film followed by the film above. 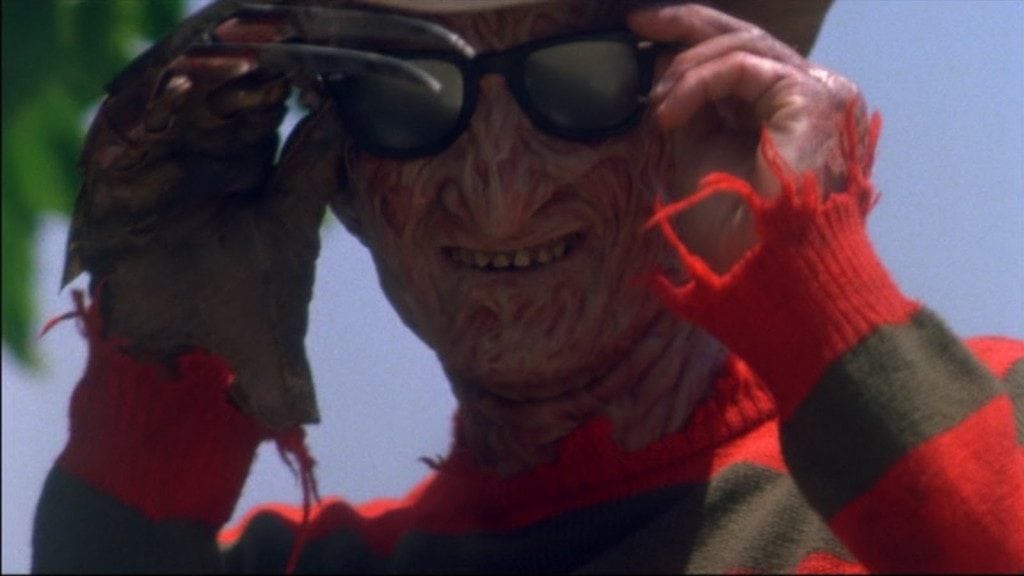 This movie opens with Freddy actually being resurrected by flaming dog urine. Yeah, I heard that and it is about as stupid as I thought. I tried to be unbiased for the rest of the film but come on! He looks at himself in a mirror causing the souls of his victims to rip him apart. How did that happen? This movie is bland like some creative ideas went to the dump. This is not the worst out of the series but it’s not miles better from the previous two mentioned. 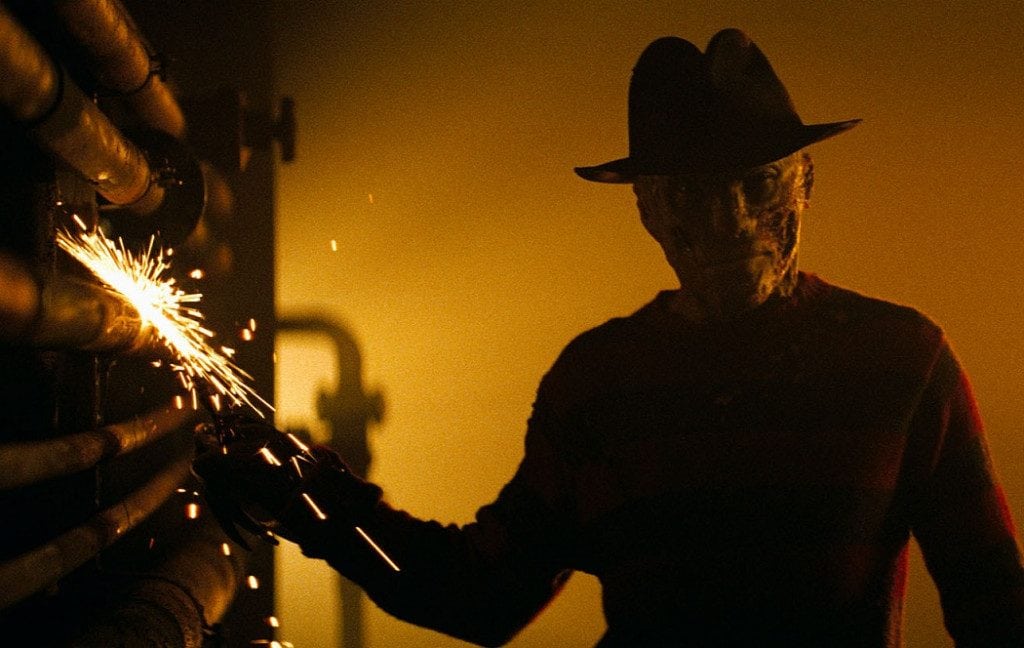 This is supposed to be the big reboot of the franchise, it’s anything but it. It’s also the last we’ve heard of Freddy Krueger. If horror cult movies keep going this way they will surely ruin their legacy. At some points, this movie is funny how bad it is and when that happens to a horror movie, you know it can’t be any worse. I’ve heard someone calling it “jumpscare on the lame street”, whether it’s true or not, I’ll let you decide. 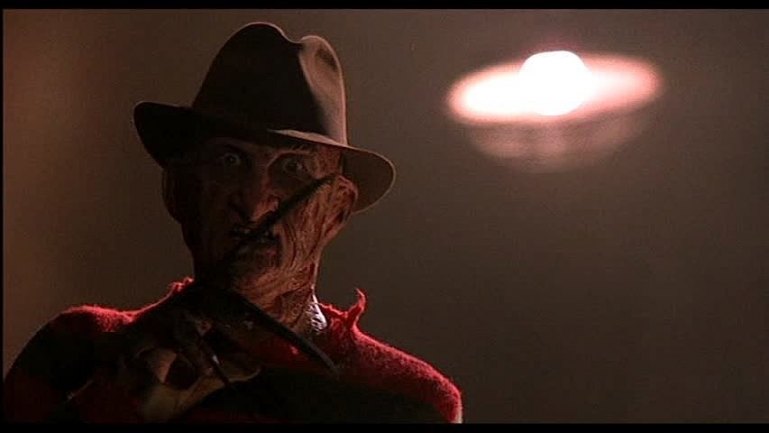 Let’s be honest here, the story isn’t great, the acting is atrocious and the fans only want to watch Freddy Krueger kick some college-aged kids’ bottoms. We just want to watch all the irritants die. They do not care about the characters, they only care about Freddy Krueger. If you are among them, this is one film in the list so far that I can recommend. Well, that is it. Not much else to say about the film except it’s mildly entertaining, hence, the sixth place. 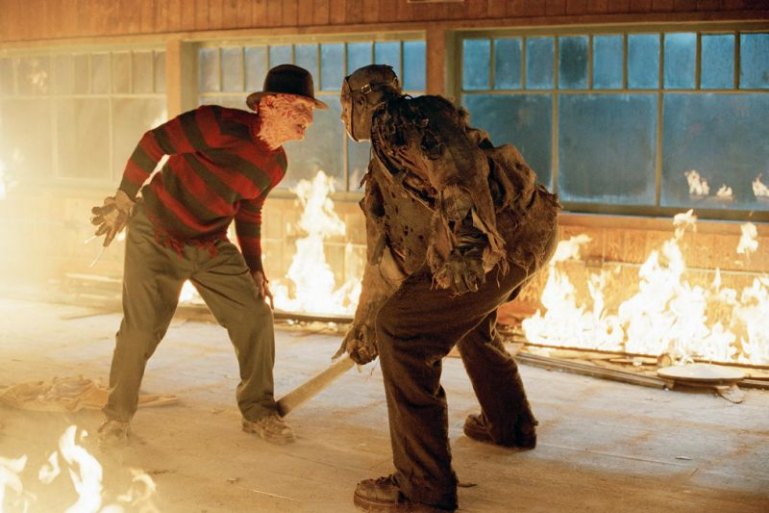 While there are enjoyable aspects of this movie, it isn’t perfect. The acting is weak and the characters are a bit one-dimensional. The subplot of Lori seeking revenge against Freddy is kind of silly. The story is very basic and not very deep. If you are looking for a lot of substance, or something with a philosophical message, or artistic merits, this movie is not for you. ‘Freddy vs. Jason’ is far from a masterpiece, but it’s a fun film if you enjoy horror and action. 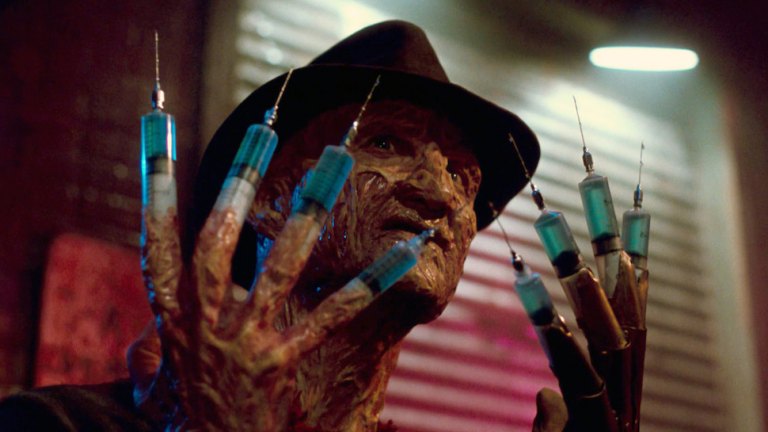 We get to see some more of Freddy Krueger’s backstory in this one, after the little information in the first two films. But it’s not enough to make you sympathize with him in any way, he is still pure evil. The protagonists in this film are pretty likable, the acting overall isn’t too bad, the dream sequences and kills are creative, and Freddy Krueger is funny but still menacing at the same time. I would strongly recommend this flick to Freddy fans. 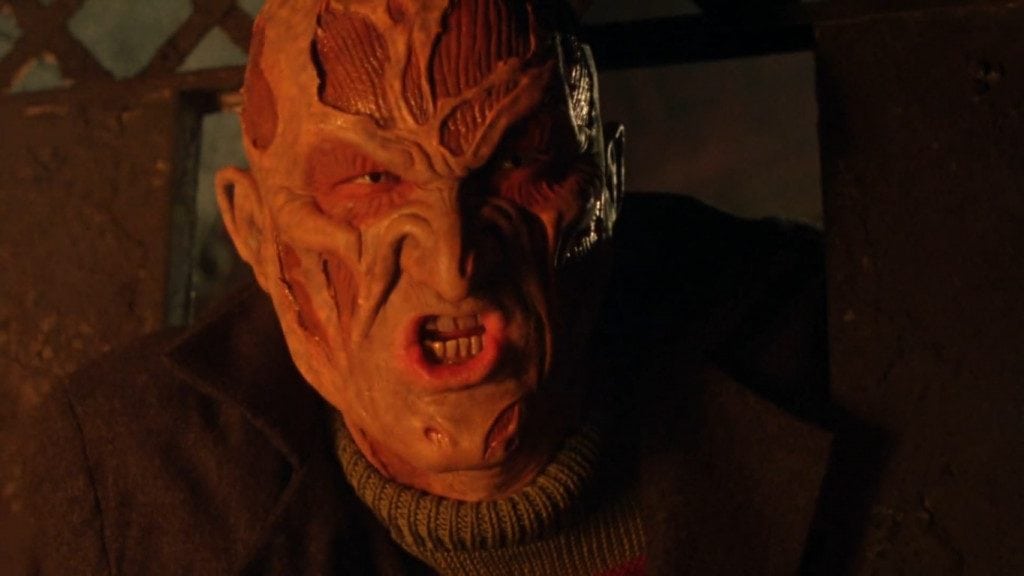 This is the seventh and final installment of the ‘Nightmare’ series. This is the most creative storytelling in the series; it takes place in the real world where there are people responsible for the events in the series. There is hardly any movie in the entire series that is like this, and that speaks volumes about the franchise. This is one of the best ‘Nightmare’ films to date along with the first and third one and if you haven’t seen this movie yet check it out. 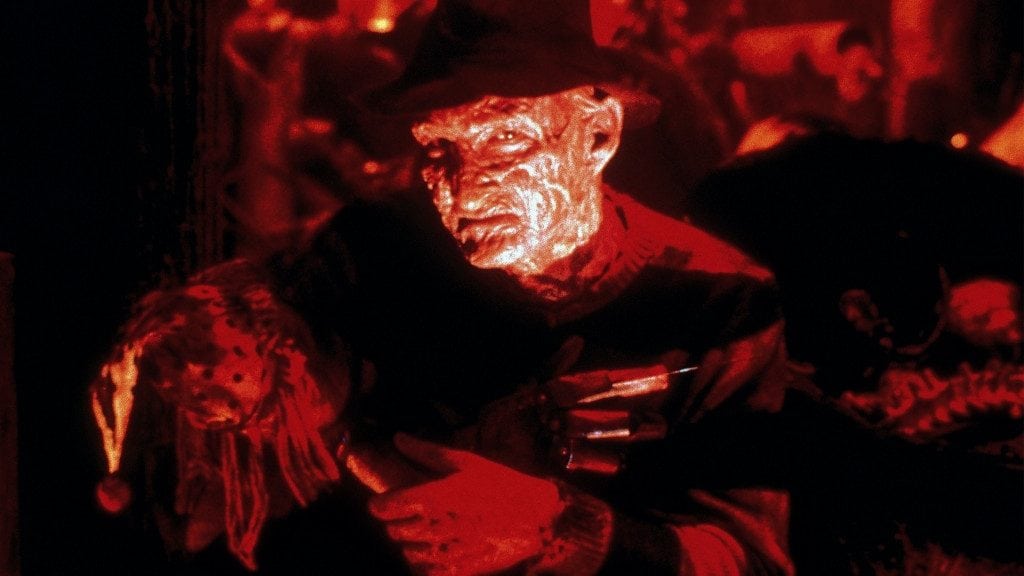 How many times has the first film of a franchise been listed as the best? Despite the obvious flaws, ‘A Nightmare on Elm Street’ is still very much a horror classic that stands the test of time even thirty-four years later. It’s creative concept still chills to the bone. The lead villain is still an icon of horror figure even to this day. And it’s still a great bit of eerie fun to behold. Despite hit-and-miss follow-ups and spin-offs and an atrocious reboot that came out a few years back, Wes Craven’s iconic original still holds up.