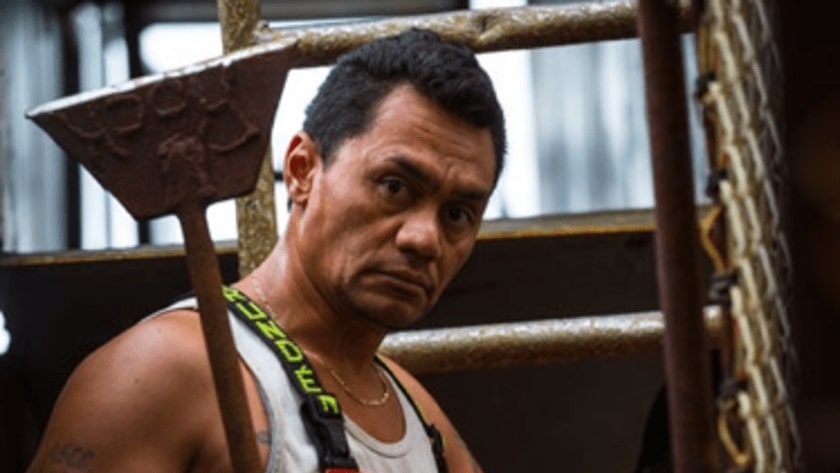 ‘Deadliest Catch‘ is one of the most popular adventure shows on TV. But lately, many viewers have been left wondering what happened to Freddy Maugatai, one of the main characters on the show. The hothead had previously worked on the Cornelia Marie and the Time Bandit. After that, he joined the crew of FV Wizard. Although the vessel, and its captains, Keith and Monte Colburn, are back on the show, there is no sign of Freddy. It has led viewers to question where Freddy is and whether he is alive.

Where is Freddy Maugatai Now?

Based on Freddy’s social media activity, it is clear that he left his wife and twins, to head to Dutch Harbor, Alaska, on December 26, 2019. However, he revealed he was going to work for Captain Jorge, who operates a vessel called the Polar Sea. You can check out his post below.

Hardest part of my job when I say good bye this 3 I love the most.They get to go see family for the holidays.And Daddy…

However, a few days later, he ran into trouble, getting to the island. You can check out a post that Freddy made on December 29, 2019, saying that he’d been stuck for three days and needed love and prayers, as he had kids to feed.

Please l need prayers been stuck in Anchorage for 3 days.Hurt me so bad big headache.I try my best to stay positive good…

Despite the adversities, he seems to have had a fantastic fishing season and returned home on January 19, 2020. You can check out his post below, where he wishes for the safe return of all the other crew members. He seems to have had a good time on the vessel since it was the crew’s best cob season.

Finished up our best cob season ever!!!Now we really for the best Opiello season season ever.1.1 million pounds…

Going by Freddy’s Facebook profile, he seems to reside in Dutch Harbor currently but is actually from Apia, Samoa. LeToya Stowers is listed as a family member. Seeing Freddy’s Instagram photos, it is clear that he loves his family. You can check out an image of them together, hiking to a waterfall.

Since Freddy is close to his family, 2020 has been rough on him. On March 3, 2020, he posted that he had lost his mother. Although saddened by the news, Freddy promised to try and be strong for his father and siblings. You can check out his post below.

While many have speculated that Freddy is not part of the latest season of ‘Deadliest Catch,’ his post on March 8, 2020, indicates otherwise. He spoke after his mother’s wake, saying that he was thankful for all the love and support. Freddy goes on to assure others that the deckhand plans on getting back on the boat and doing what Freddy does best. Check out what he said below.

To conclude, Freddy Maugatai seems to continue his life on fishing boats and having successful seasons. In the past, he has had his share of controversies. However, he seems to be more driven than ever, determined to provide for his family. The death of a loved one is bound to be an added motivator that spurs him on and urges him to remain dedicated to his work.

Read More: Where are Jake and Josh Harris Now?