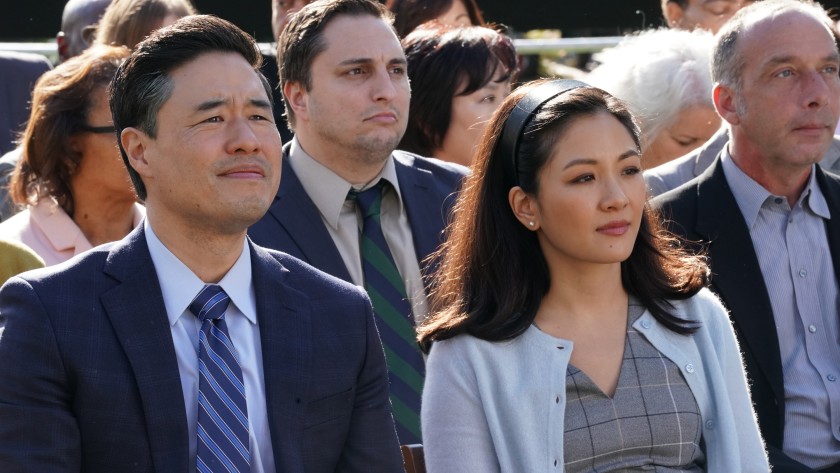 ABC’s groundbreaking sitcom, Fresh Off the Boat, which revolves around a Taiwanese-American clan living in Oregon in the 1990s, rose to high critical acclaim after its premiere. It garnered accolades and nominations for multiple prestigious awards, such as Critics’ Choice Television Award and NAACP Image Award. Its critical consensus on Rotten Tomatoes reads as follows: “Once the clichéd gags of Fresh off the Boat are superseded by a grounded truthfulness, the series evolves into a humorously charming family sitcom.”

The show has spanned for six seasons till date. In fact, the finale of season 6 marked the 100th episode from the series. Naturally, fans are wanting to know will there be a Fresh Off the Boat season 7? Here’s everything we know.

Fresh Off the Boat Season 7 Release Date: Cancelled or Renewed?

When this series had first started, it delivered an original, distinct premise, taking viewers through the experiences of Asian immigrants as they adjust to life in America. We meet the Taiwanese parents, Jessica and Louis, who push their three kids to reach their goals at all costs while living in a mostly white neighborhood in Oregon after moving from Chinatown. But gradually, across the seasons, the show became conventional, focusing on regular teenage issues.

However, the season 6 finale brings back the original vibes from this milestone of a sitcom. We see Eddie scoring well on the SAT, with his mum ecstatic to deliver the news. But then, Eddie conveys his ambition to join culinary school instead. We are also given glimpses into the childhood of the kids, thereby, re-living some of the nostalgic moments from the show.

Yes, we did receive a befitting end to a charming story. So when we say ‘end’, does it mean the show has ended? Sadly, the answer is yes and this decision was planned long back. In fact, when the announcement for season 6 was made, star Jessica Wu seemed not too enthusiastic with the news. She tweeted: “So upset right now that I’m literally crying. Ugh”. She, however, later explained that she was upset since another season meant that she would need to sacrifice another new project.

Well, it seems her prayers were answered after all. ABC Entertainment President Karey Burke announced in November 2019, “We couldn’t be prouder of this game-changing show and the impact it has had on our cultural landscape. The success of ‘Fresh Off the Boat’ has helped pave the way for inclusion throughout the industry.”

Hence, it’s confirmed that Fresh Off the Boat season 7 stands officially cancelled. But it did manage to set a new era for under-represented demographies on mainstream television — something that will only get better in the coming years. In fact, talks are already underway for a potential spinoff that will be centered around an Indian family whose daughter happens to be one of Eddie’s classmates. Awesome right?