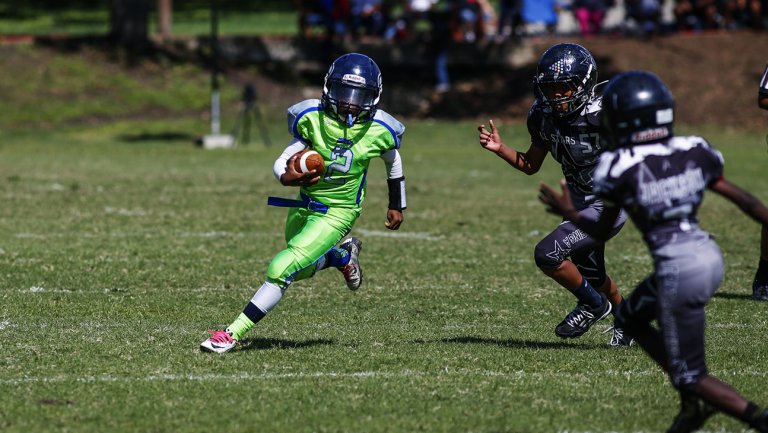 ‘Friday Night Tykes’ is a reality sports documentary series that follows the players and coaches of a different youth football team each season. They say that everything’s bigger in Texas, which may hold true for the Lone Star State’s love for football. Narrated by Morgan Spector, the docuseries offers a window into the lives of children as young as 8-years-old who play in the Texas Youth Football Association – one of the largest independent youth football league in America – which teaches kids the fundamental ins and outs of the game.

The series centers on several teams, on-and-off the field, as they compete to earn the state championship. We get candid behind the scenes of the immense hard-work, perseverance, and discipline that goes into making a great player out of a good one. Through the course of the show, we witness the players face extreme challenges of being exposed to the harsh dog-eat-dog world, training drills, heckling from audiences, and gut-wrenching on-the-field expectations.

Their dreams of achieving big things hinder their typical childhood experience, and they often struggle to maintain social relations. It first premiered in January 2014, and went on to spawn four seasons. Despite garnering mixed to positive reviews, the show was cancelled by the network after its fourth edition. For fans wondering about the reason for its cancelation and if there is any chance that there will be ‘Friday Night Tykes’ season 5, here’s everything you need to know!

‘Friday Night Tykes’ season 4 premiered on January 17, 2017, on Esquire Network, and concluded its ten-episode run on March 21, 2017. Unfortunately, the show wasn’t renewed by the network following the conclusion of fourth season. However, there might be something more going on behind the cancelation than just its mild ratings.

The home to the show – Esquire Network – ceased operations not long after season 4 of ‘Friday Night Tykes’ rolled out. With a substantial loss of 25% subscribers (down from 60 million to 45 million) in a highly competitive environment for programmers, the network was hanging by a thread. The ultimate straw that put an end to the cable channel’s operation was a lack of prospective buyers that could rebrand it at the time.

Shortly after the network’s discontinuation, the show’s rights were transferred to USA Network. The show spawned another creation – ‘Friday Night Tykes: Steel Country’ that shifts its focus on the Beaver County Youth Football Association in a new landscape of Pennsylvania. The latter even nabbed an Emmy nomination for Outstanding Serialized Sports Documentary.

Alas, as of now, ‘Friday Night Tykes’ Season 5 stands canceled. However, the entire series is licensed to Netflix so fans can enjoy reruns of their favorite show. And maybe down the road, the streamer might take the reins regarding the show’s potential renewal. One can only hope!

Read More: Where Are The Friday Night Tykes Now?