Will There be a Friends From College Season 3? 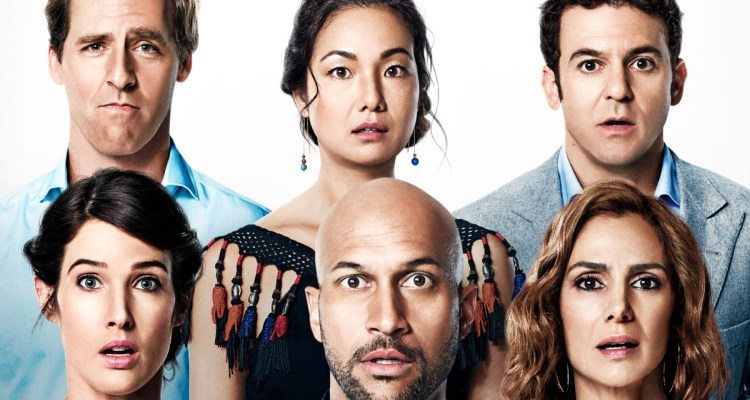 ‘Friends from College’ is a Netflix Original comedy television series created by Francesca Delbanco and Nicholas Stoller. The first season consists of eight half-hour episodes, and premiered on Netflix on July 14, 2017. The star-studded cast of ‘Friends from College’ saw many people tuning into the show in Season 1, and despite the show’s lack of quality, people probably watched the entire thing owing to the convenient duration of the half-hour-long episodes. Season 2 also saw these ‘Friends from College’ faithfuls coming back for more of the comedy, and in spite of the second season being much more watchable and refined than the first one, it appears that the show has finally ran out of luck.

So does that mean there will not be a Friends From College Season 3? Let’s find out.

A month later, on February 18, 2019, Netflix announced that it was pulling the plug on the show. Co-creator Nicholas Stoller also took to micro-blogging site Twitter to announce that ‘Friends from College’ would not be returning for a third season. Given the poor reviews received by the show, Stoller also took a moment to thank those who had taken the time to watch the show, despite its dullness and inability to develop characters. So, for all practical purposes, Friends From College season 3 stands cancelled.

Friends from College Cast: Who’s in it?

The comedy show also features a few noteworthy guest stars, including Stoller veterans Seth Rogen and Ike Barinholtz. However, the only guest star who really stands out is Kate McKinnon, who plays an eccentric publishing magnate who manages to convince Ethan to abandon his dreams of literary acclaim for the lucrative world of young adult novels.

As for the creators, Nicholas Stoller himself is a veteran of comedy, having directed and/or co-written movies like ‘Forgetting Sarah Marshall’, ‘Get Him to the Greek’, ‘The Muppets’, ‘Muppets Most Wanted’, ‘Zoolander 2’, and ‘Storks’. Francesca Delbanco is Stoller’s wife. Once in a while, members of the cast are able to lend a poignant or a bittersweet note to the proceedings. But far more often, they are asked to pitch their performances in glaringly loud and unnecessarily unpleasant ways. Characters scream, shout, and gesture wildly, to the point that other people on screen repeatedly ask them to rein in their hyperactivity.

Friends from College Plot: What is it about?

As the name suggests, the show follows a group of close-knit pals from Harvard who are facing down their 40s. They reunite with each other after 20 years while living in New York City, and this very reunification sets into motion a series of tragicomic misadventures, affairs, and pursuits of love. With interwoven and oftentimes complicated relationships, ‘Friends from College’ is a comic exploration of old friendships, former romantic entanglements, and the difficulties of balancing adult life with nostalgia for the past.

Yet, for all the promise of a well-rounded comedy about the mid-life crises of a group of close-knit Harvard alumni, ‘Friends from College’ falls way short of the mark. Despite the star-studded cast, the show has been called brash, and even cringe-worthy by reviewers. In fact, critics found it so poor that ‘Friends from College’ Season 1 got the dubious honor of receiving a meagre 24% score on Rotten Tomatoes. The show also got a poor score of 44 out of 100 on Metacritic, based on the reviews of 31 critics.

“Each character may be unpleasant in his or her own right, but the sheer charmlessness of the group is hard to overstate. If they were sitting at a table near you, you’d leave the restaurant,” wrote Tim Dowling of The Guardian, which is an apt summary of what most critics had to say about the show.

Meanwhile, Variety critic Maureen Ryan pointed out yet another deficiency of the show, writing, “The problem with the dreadful ‘Friends from College’ is not that its core characters are often selfish, deluded or uncaring; that is almost to be expected in the edgier realms of the vital half-hour scene. The show’s main issue is that it demonstrates little ability to create or deepen characters who are worth watching, despite their personal deficiencies.”

However, despite the negative reviews, the show managed to rope in its share of fans, many of whom binge-watched Season 1. This led to Netflix renewing the show, and Season 2 premiered in January this year, after a lull of one and a half years. Season 2 picked up story a year after the events of Season 1, and shows how the close-knit group of friends have drifted apart owing to their secrets, affairs, and complicated interpersonal relationships. Season 2, interestingly, also takes into account the criticism leveled at Season 1, and works on improving the quality of the show and the relatability of characters, in a bid to redeem itself from its lacklustre first season.

In case you have not watched Season 2 of ‘Friends from College’, but are interested, you can watch this trailer to get an idea of where the story picks up from. Of course, since Netflix has canceled the show, there will be no Season 3 trailer.