11 Indian Actors We Would Cast in ‘Friends’ 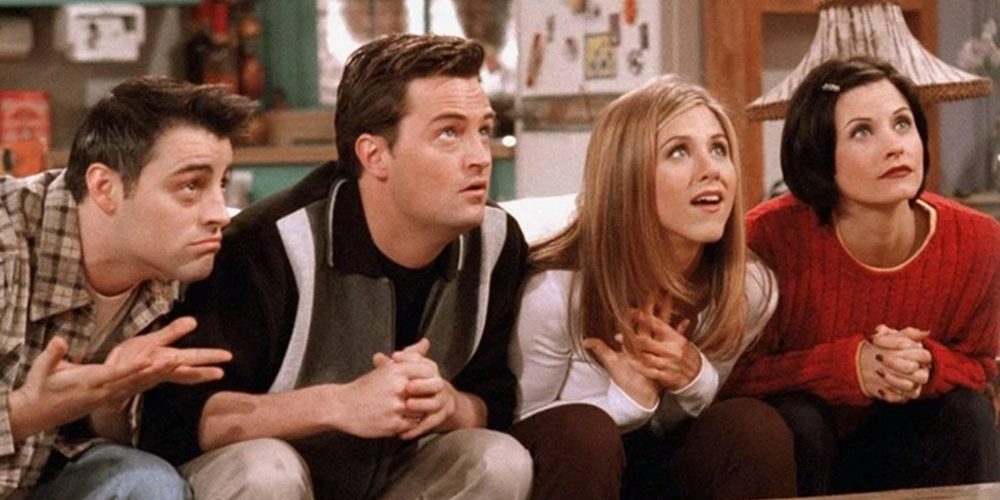 F.R.I.E.N.D.S came out way back in the 90s and instantly became popular as it drew a comical line between Seinfeld kind of shows and the regular and modern lifestyle of bachelors in the city of New York. Over time, it acquired a cult status among the masses. So much that its finale was watched by over 65 million viewers, making it the most watched entertainment telecast in six years. And when the Indian youth was exposed to the group of six friends working their lives, they felt that they are relating to everything. The characters Ross, Chandler, Joey, Rachel, Phoebe and Monica became household names and the actors that played the roles were hugely popular. Now, what if F.R.I.E.N.D.S was recast, this time with Indian actors, though! Let’s check…

The King of Bollywood can pull off literally any role he’s given, but he would really come out naturally as the person infatuated with someone, doing every romantic trick there is. And at the same time, he’ll come out just as immaculate and shy as the Ross character does. I mean, just imagine that scene at the balcony of the house between Ross and Rachel when the cat drops on Ross. Just imagine the reaction of SRK there! Jeez.

Joey is the man for the ladies. He doesn’t share food. He’s always helping his bro Chandler out and gets stuck in awkward situations often. Ring any bells? Salman Khan does just that in the movie ‘Partner’ alongside Govinda when he tries to help his silly friend get the girl of his life. We think that there’s no better individual to play the role of Joey. Oh, and we didn’t even start on the physique!

Fashionable. Modern. Cry-baby. Dependable. The crush of the town. Sounds Kareena-like? Well, this role of Rachel, played originally by Jennifer Aniston is extremely similar to Kareena Kapoor. Both are gorgeous beyond explanation and add to that the divaesque and glamour. We have a perfect match here, people!  Remeber her dialogue, “Ye kaun hai jisne Poo ko mud ke nahi dekha!”

Phoebe’s character has a lot of fun, sense, sense of humour, slight boyishness, outright behaviour that makes for the casting of Kangana. Why her? Remember her brilliant portrayals in recent films like ‘Queen’ and others that made the female lead character stand out. And she even has done a twin-film, so is quite familiar with Phoebe’s evil-twin Ursula.

The whole squad was dependent on Monica for things from household things to food to everything. And where to go than to the beauty queen Aishwarya who has a knack for playing characters that are a bit household-ish but still modern. The queen bee of Bollywood will prove to be the best match for playing Monica Geller, the sister of Ross.

Sarcasm is his second name. Bing! The only name that could give justice to this character is our perfectionist, Aamir. Remember his performance in PK, where all he did was taken out social issues with raw wit and humour at just the right places. And if Chandler could put it, “May I entertain you with a sarcastic remark?”.

Gunther may be overlooked always, but always made his screen presence felt at some moments. Later in the series, he even confessed his love for Rachel and how he always tried to convey it but Rachel didn’t bat an eye ever. Why Manoj Vajpayee? Picture Sardar Khan in a blonde avatar. You’ll know.

We could replace the actress playing Carol with Katrina and no one would ever notice. Because, on physical appearance, both look just the same, and since Carol does not have a lot of scenes when she has to give a hint of her emotion, so we think Katrina would have done just fine.

This middle-aged person resembles Kabir Bedi very much, so he would be perfect if he played the role of Richard Burke, the one who Monica falls in love with since her young days. Also, the husky voice of his would be a massive add to the character of Richard. He would have done very well if given the chance.

The young boyfriend and to-be-husband of Phoebe is a complete lookalike if we go by the looks, and even in the energy and excitement that the original cast actor displayed. It can be thought that Imran Khan would have given justice to the role if provided.

‘OH! MY! GOD!’, she would’ve shouted. The irritating overly attached person in Chandler’s life is a perfect role for Sonam Kapoor, and his father would have approved. The shrill in the voice and odd fashion sense would have been done the best by Sonam, to be honest.