Who is Frog on The Masked Singer? Latest Clues and Guesses 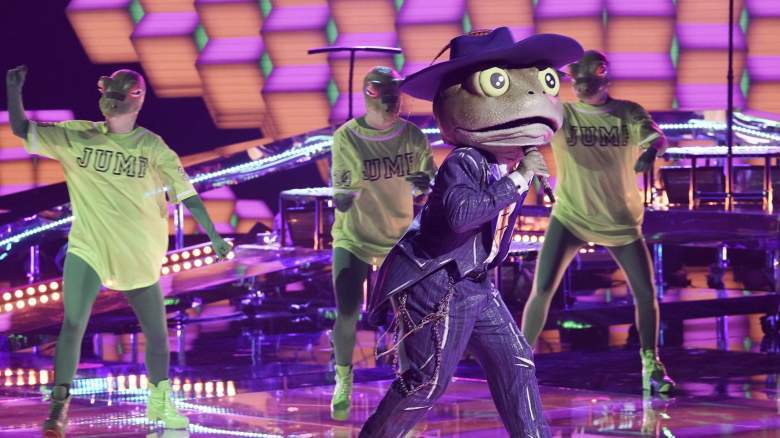 ‘The Masked Singer‘ is not just about singing; it is also about entertaining viewers. Season 3 has proved this point with performers like Frog making it to the Battle of the Sixes. Although Frog is not as vocally talented as some of the performers, he poses a threat due to his ability to combine rap and dance moves, delivery thoroughly energetic performances.

Now that the competition is heating up, quite a few viewers have been displeased to see that Frog outperformed Kitty in the face-offs. There have been some calls to eliminate Frog in the next round. Curious to find out who’s wearing the outfit, before the performer possibly gets unmasked? We have the latest clues and guesses about Frog right here.

Who is Frog on The Masked Singer: Clues

Frog’s latest clues come from scanning his baggage. We see a pair of shoes, a keyboard, the flag of Japan, and an ice tray. The tag reads ‘Thank God It’s Frogday.’ Frog also tells the judges that the clues in the bag are the jackpot when it comes to figuring out his identity.

The participant also takes a jibe at panelist Ken Jeong, saying that he should pay attention because he’s been ‘dead wrong.’ While it is true that Ken has not made a single correct guess so far, in Season 3, Frog’s constant pointed remarks at Ken might hint at a deeper connection between the panelist and the performer. Nonetheless, check out the clue package below.

Frog on The Masked Singer: Guesses

Based on the latest clues, it seems that Bow Wow is indeed Frog. The performer refers to the new package being the jackpot to guessing his identity. The flag of Japan might refer to the influential Japanese metal band, which is called Bow Wow as well. It could also hint at Bow Wow’s nomination in 2006, for the MTV Video Music Awards, in Japan.

However, an even more revealing clue is the ice cube tray. Naturally, it refers to Ice Cube, who first rose to prominence with the rap outfit, N.W.A., and then went on to have a prolific career in music and films. Bow Wow and Ice Cube have also appeared together in a 2010 comedy movie called ‘Lottery Ticket.’ In this light, the comment about the package being the jackpot makes more sense.

Notably, this would not be the first time that Frog has referred to one of Bow Wow’s movies in the clue packages. An earlier reference was made to ‘Like Mike,’ the 2002 basketball comedy. The clues seem to have convinced the netizens that Frog is Bow Wow. You can check out a tweet below, where a fan guesses the identity, and also calls for the performer to be unmasked in the next episode.

While Frog’s identity seems to be a foregone conclusion, it also appears that this might be the end of the line for the performer. Fans are clamoring for Frog to be eliminated, despite being entertaining, because many believe that rapping and singing should be judged separately. Since a lot of votes come from audience popularity, we might see Frog being unmasked soon. It will help us confirm whether our guess has been accurate.