From Friend to Fiance: Who is in it? Where Was it Filmed? 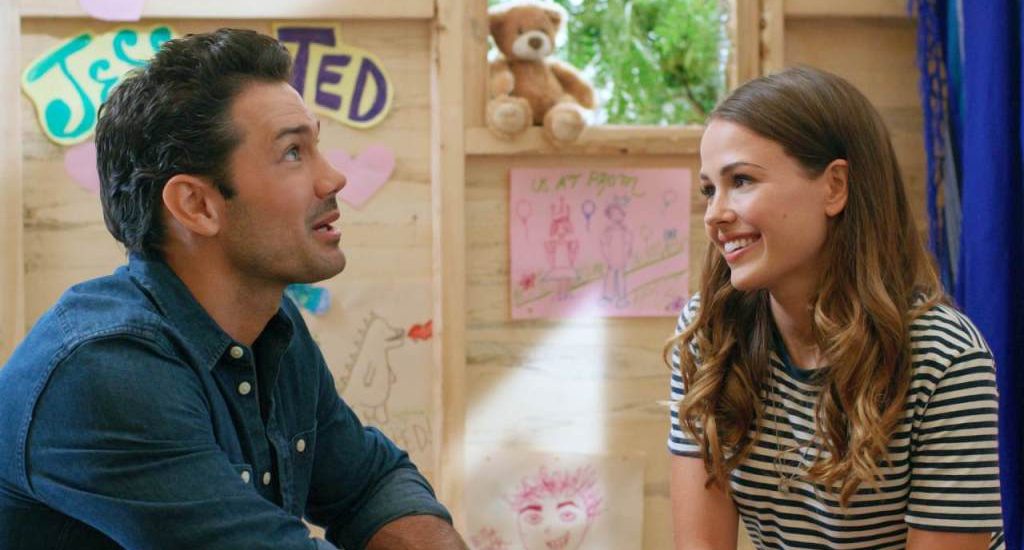 Hold up! You may assume that the plot of ‘From Friend to Fiancé’ might be quite easy to decipher from its title. However, the Hallmark movie has a more varied conflict than the conventional friendzone to relationship premise. ‘From Friend to Fiancé’ is a part of Hallmark’s ‘Countdown to Summer’ slate of television films. These movies are ideal to pass time when the glory of summer is right around the corner. They bring warmth even before the sunny weather promises to lighten up the melancholy.

Hallmark has been consistently comforting viewers with a continuous stream of optimistic TV movies that make one momentarily escape life’s dullness. It is considered to be THE romance destination on television and for good reason.

Over time, Hallmark has cemented its place at the very top when it comes to presenting classic, rom-com stories that re-instill faith in the traditional idea of love. Living in a bubble? Not really. These movies might adopt an overly cheery tone but that is where their magic lies. They unearth joy from the increasingly darkening tales that are presented on screen these days.

Moving on, ‘From Friends to Fiancé’ revolves around Jess Parks, a single, career-oriented woman with a fun job and tons of friends in the city. However, she soon finds out that her childhood best friend, Ted is getting engaged.

Jess is shocked to know that the woman he is engaged to is Kimberly, her high-school nemesis and a certified mean gal. Ted wants Jess to plan his wedding, not knowing that she would have a problem with him marrying Kimberly. Moreover, Ted seems to be extremely proud to be getting hitched with Kimberly since he was bullied in school. However, in the present, with his bulked-up body and a successful career, Kimberly is a matter of pride for him.

As you can see, this is certainly a sticky situation with tons of potential for conflict and drama. The real question is this: Does Jess have romantic feelings towards Ted? If so, would Ted feel the same way? What about Kimberly? Will this situation harm Jess and Ted’s friendship? There is only one way to find out.

From Friend to Fiance Filming Locations

Many of you might be wondering where ‘From Friend to Fiancé’ is filmed. It is set in a small town, like a lot of Hallmark movies. While the setting may not play that much of a role for this particular story, it would still be interesting to know where the pretty backdrops seen in the film are actually located.

To be more specific, ‘From Friend to Fiancé’ has been filmed in Toronto, Ontario. The following post by Kelly Kruger confirms the fact:

From Friend To Fiance (formerly BFF Bride) airs May 25th on @hallmarkchannel!! Also airing on @schearthome On June 29th for my Canadians!! Here are some Bts pics and fun facts! 💕💕💕💕💕💕💕 This first pic was an actual selfie taken in the middle of a scene. It was our first day of shooting and it felt like we’d known each other for years. @ryanpaevey made matching necklaces for all the girls on set! He also did his first ever IG story thanks to yours truly, I’m not sure he’s done one since 😂 (Ryan’s fans will get this) @jocelynhudon and I still speak every single day since day 1 of this film. We shot the film in Toronto and it was actually my first time there even though I grew up in Montreal. Yes, that paint ball scene was as much fun for us as it looks in the film. The 3 of us went to soul cycle classes and picnics in the park when we weren’t shooting. The movie is adorable and we seriously had the best time making it. Hope you tune in!! I’ll be live tweeting with Ryan and will go live on IG 😘😘😘 KKB

She reveals how the paintball scene was especially fun to film apart from the fact that the three leading actors went for a picnic and to soul cycles classes together. Reserve your awws for the movie!

From Friend to Fiancé Cast: Who is in it?

The character of the leading lady, Jess is portrayed by Jocelyn Hudon. She is a Canadian actress who has been a frequent sight on Hallmark. An interesting fact about her is that she started performing ballet on stage at the age of three! Moreover, she is also a certified scuba diver. She has appeared in Hallmark’s television series, ‘When Calls the Heart’ apart from ‘Love Locks.’

On the other hand, Ryan Paevey plays Ted in ‘From Friend to Fiancé.’ He is best known for playing Nathan West on the soap opera ‘General Hospital.’ Paevey has also been a frequent face on Hallmark. He has acted in Hallmark made-for-television films like ‘Christmas at the Plaza,’ ‘A Summer Romance’ and ‘Marrying Mr. Darcy.’

Apart from Hudon and Paevey, Kelly Kruger is also a part of the movie’s cast and plays the character of Kimberly. Other than that, Derek McGrath, Valerie Boyle, Krista Jang and Jennifer Vallance are also members of the film’s cast.