From Paris With Love Ending, Explained 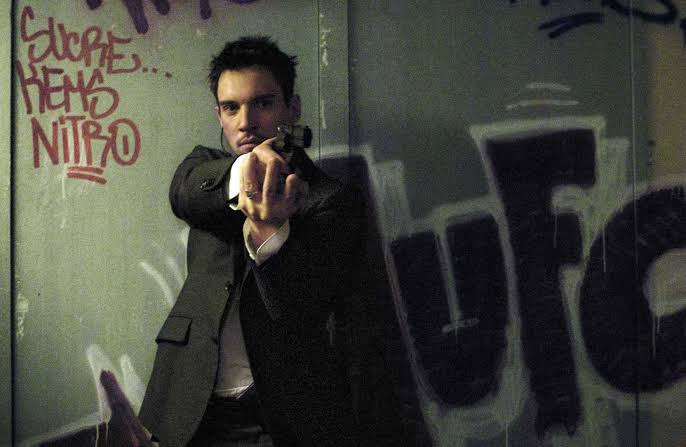 ‘From Paris With Love’, a Luc Besson (The Fifth Element) and Adi Hasak co-written action thriller, is a cross between ‘Training Day’ and ‘Rush Hour’. At times, the movie even parodies the genre it claims to be a part of – and it does in style. The flick stars John Travolta, Jonathan Rhys Meyers, Kasia Smutniak, and Richard Durden.

‘From Paris With Love’ follows Reese, essayed by Meyers, an ambassador’s aide by day and low-level CIA agent by night. Reese is a prudent, by-the-book agent who values his principles above all else. Based in the city of love with a wonderful partner, Caroline, by his side, Reese’s life is a movie. Yet, the ambitious agent is aspirational to a fault and longs to climb the CIA ladder to become a Bond-esque field agent. When the agency is short-staffed, Reese eventually gets his chance. He is assigned as partner to Charlie Wax (John Travolta).

Right off the bat, we realize that Reese’s partner-to-be is loud, proud, and completely unlike him. We meet secret agent Wax at the airport customs office, blowing off steam at a customs officer who has disallowed the entry of Wax’s favorite energy drink. Reese rescues Wax from the sticky situation, only to learn that Wax’s beloved energy drinks are merely arsenals for a firearm he meant to smuggle in. Wax’s cynicism is completely at odds with Reese’s idealism – and this becomes more than apparent along the way.

Wax is, indeed, a strange creature – he drags Reese along on what appears to be a wild goose chase to nab a drug ring but ends up yielding valuable information about a terrorist cell that is planning something big. He waxes poetic at the strangest of times – ‘Wax on, wax off’, he orders a foot soldier to convey to his boss. He refers to his gun, endearingly calling it Mrs. Jones, as the only woman he’ll ever need. Frivolously, he blows up a fleet of vehicles when Reese claims he’s left prints that could be traced back to them. Needless to say, Reese finds himself simultaneously appalled and awed by Wax’s antics. Nevertheless, the two agents put their differences aside and hunt down (what they presume to be) every last member of the terrorist cell. Unbeknownst to them, danger is closer to home than might seem.

From Paris With Love, Ending Explained

While the movie takes flight on a lighter note, it builds itself up to become a flick with darker undertones. Just as the two agents, resplendent at eliminating the terrorist cell, sit down to a hearty meal with Caroline and her friend, Nicole, they become privy to a shocking piece of news. We, along with the two agents themselves, discover that there’s more to Reese’s fiance than meets the eye.

When Nicole utters a code word she shouldn’t have known, Wax is quick to discern that she’s an infiltrator from the gang of terrorists. The trigger-happy Wax shoots her before she can make her defense. Wax instantly declares Caroline to be guilty by association, which Caroline vehemently denies. Earlier in the movie, we learned that Caroline presented a ring passed down from her father to Reese, as a keepsake. Wax pounces on this as proof of Caroline’s guilt. He purports that the ring was, in fact, planted by Caroline to track and transmit Reese’s location to the terrorists. Caroline pleads innocent, but Wax insists on examining the ring. He does so and voila! The ring is a proven plant. Caroline pulls off some tricks of her own and rides off into the night with an accomplice before Wax can make use of Mrs. Jones.

Later, Reese catches up to Caroline at an Aid for Africa summit and discovers that she has over-dressed for the occasion – which is to say that she has donned a bomb vest and is intent on blowing the summit to kingdom come. Reese assumes the role of negotiator and attempts to talk her down from detonating the bomb but to no avail. Just as Caroline’s hand makes its way to the trigger, Reese kills her. The rookie has, indeed, picked up some tricks of the trade from Wax and has learned to sacrifice his emotions for the greater good.

Do Wax and Reese continue their partnership?

Wax and Reese start off completely at odds with one another. The movie culminates with the two ending up thick as thieves. Despite their stark differences of opinion and approach, the two have learned to value ends more than means and work together to achieve them. They also learn that their so-called differences complement each other and how! Wax affirms, at the very end, that Reese’s principled decision-making is a handy tool to keep himself in check. Reese has learned that his rigid outlook towards life as a CIA agent is (ironically) the stuff of movies. He loosens up and we eventually see him donning a firearm akin to Wax’s.  Given the fact that they now seem to go together like salt and pepper, the teacher-apprentice duo may have many missions ahead of them.

Read More: Will There Be a From Paris With Love 2?