Here Are the Beautiful Spots Where ‘Frozen in Love’ Was Shot 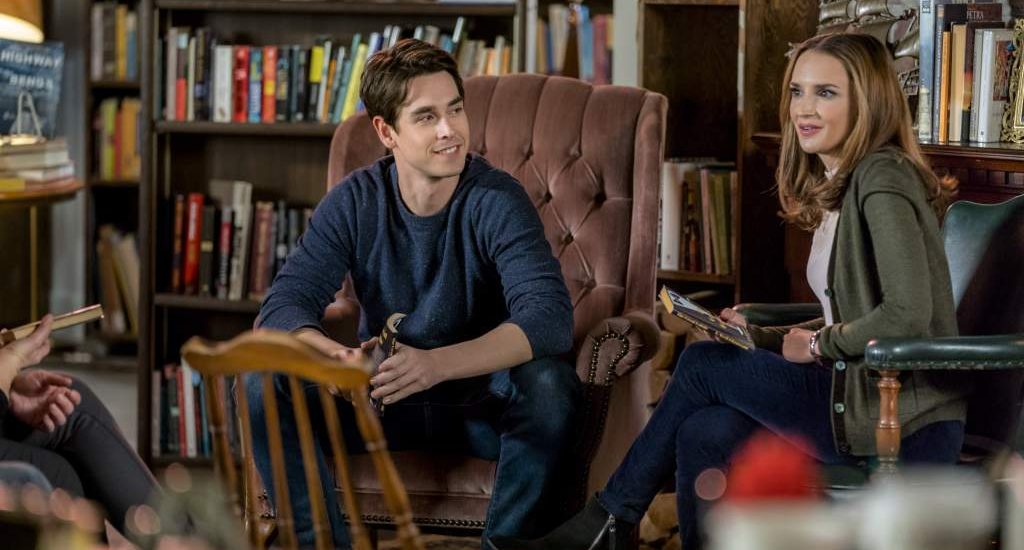 ‘Frozen in Love’ is a romantic comedy that follows the life of Mary, a snorty bookstore owner in Denver, who is sparing no effort to make sure the store stays up and running past its 40th anniversary. Her brother Tyler suggests they start selling coffee to modernize the café and boost the sales but Mary pays no heed to it. Enter Adam, a hockey player who gets suspended by the team’s GM/ ex-girlfriend Erica, after getting kicked out of his third game, following a scuffle with the referee.

Mary and Adam, both happen to see the same PR agent, Janet (Erica’s friend), who suggests they work together to improve their public image. To serve the purpose, the two start spending a lot of time, as they sponsor a kid’s game, donate books to the library, and attend book signings. Will the animosity slowly turn into attraction? What happens when Erica’s lifts the suspension order and calls Adam back?

The movie has been lauded by fans for its breath-taking visuals and chemistry between the leads. If you are wondering, where Frozen in Love was filmed? Don’t worry, we have got your back.

In ‘Frozen in Love,’ the actors are based in Denver, Colorado, but in reality, that’s not the case. The production unit scouted for locations throughout British Columbia, Canada, and settled on a winter wonderland, Revelstoke, which also served as a primary filming location for Hallmark’s ‘Marry Me at Christmas.’ The film was shot in November, through early December, 2017. Here are the details.

Revelstoke is a quaint town located in British Columbia, Canada. It lies on the banks of the Columbia River, and is surrounded by the mighty Mount Mackenzie and Monashee Mountains.

The bookstore scenes were filmed on a set that was specifically created for the film.

Sad to say that it's my last day on #FrozenInLove for @hallmarkchannel. It's been a blast. I was so happy to work with some amazing people. See you all on January 13th when this thing airs! @jimheadjr @rachaelleighcook @hayward_dalhousie @sandysid

Downtown Revelstoke was transformed into a movie set for shooting ‘Frozen in Love.’ Though the crew filmed in December, Mackenzie Avenue didn’t have enough snow to satiate the film’s need, therefore the production department had to lay down faux snow, i.e., multiple layers of cotton carpet to replicate the snow. Check out the post from a local newspaper, Revelstoke Review.

Keanan Holness lays cotton imitation snow down on Mackenzie Avenue ahead of filming for Hallmark’s Frozen in Love.

Another one, where snow is being shoveled on the sidewalk outside The Modern Bakeshop, Mackenzie Avenue.

A worker for the production of Hallmark’s Frozen in Love, which is filming in Revelstoke this week, shovels imported… 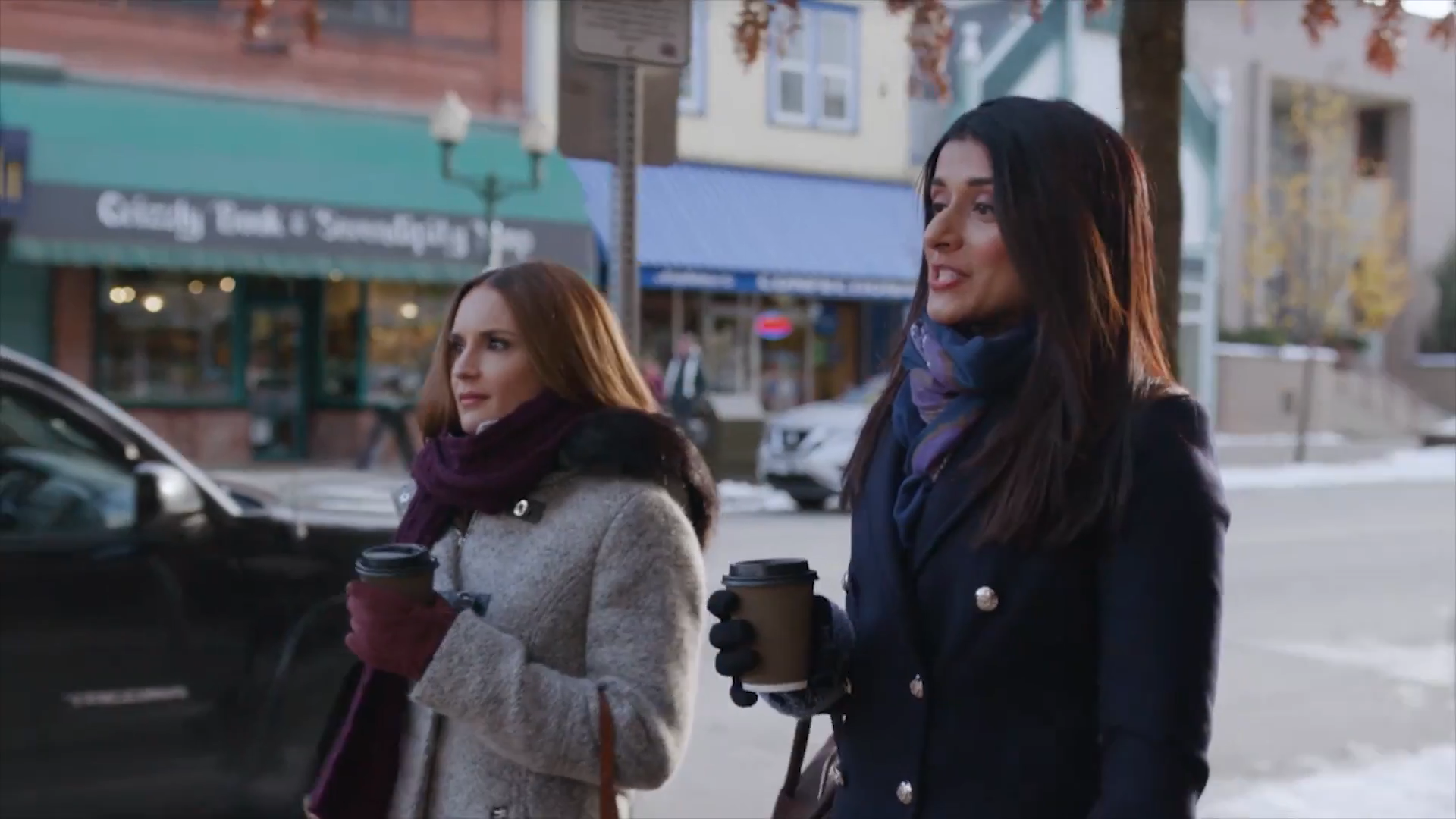 Also, the owner of one of Kelowna’s famous YLW Tacos Food Truck, ditched his plans of a brief winter hiatus, to grab the sales opportunity when he learnt the filming crew of ‘Frozen in Love’ was in town.

I tried to put @ylwfoodtruck into hibernation this winter, but it had dreams of fame and stardom. Currently on set in…

Although it’s famous for its lip-smacking Tacos and Quesadillas, the truck can be seen serving coffee in the film at Grizzly Plaza. 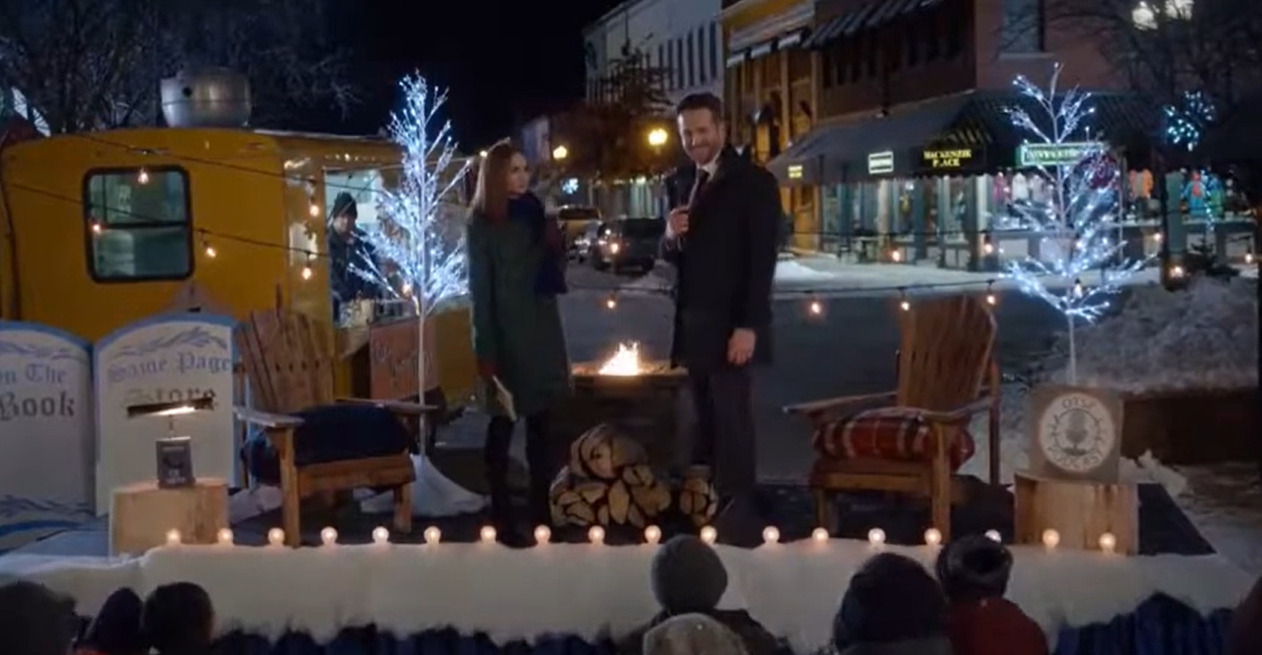 You see that yellow truck at the back? Yeah, that’s the one.

Several scenes were filmed at famous Revelstoke landmarks like Grizzly Plaza, Revelstoke Forum (December 4), Grizzly Bear Square (December 6 and 7), the lane behind Everything Revelstoke, etc. A public notice was issued by the City of Revelstoke, regarding road closures due to filming.

The whole hockey sequence, including the scene where Rachael falls while celebrating her first shot, were shot at the popular Revelstoke Forum. 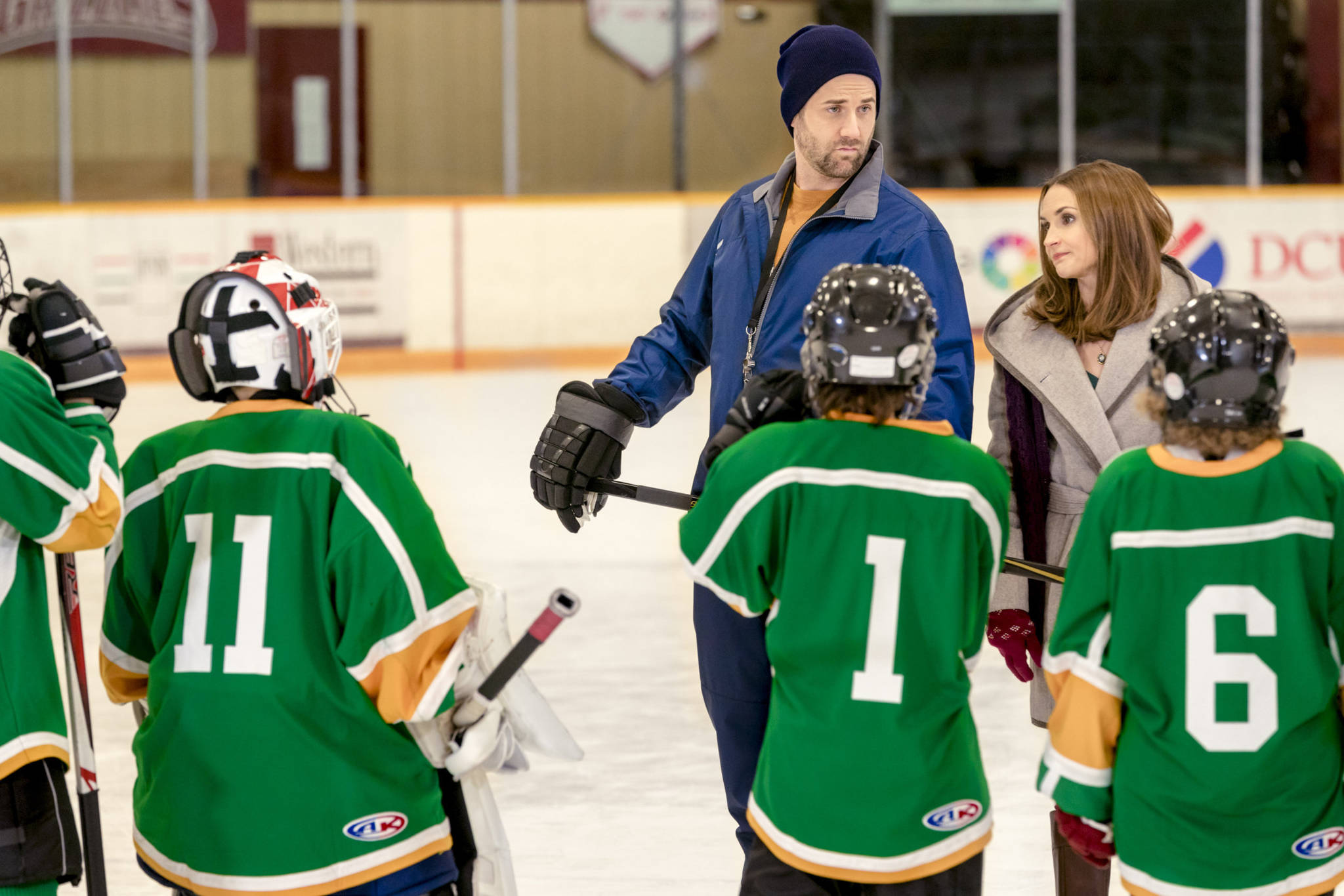 Here’s a fun behind the scenes picture posted by Rachael on her Instagram profile.

Happy Thanksgiving from 🇨🇦! They made me put this on when I crossed the border #sports #NiallMatter #halp

Revelstoke Mountain Resort served as the filming location for the skiing scenes. It holds a reputation of being one of Canada’s toughest ski slopes, situated at the Kootenay Rockies, it is a popular skiing destination for all the adrenaline junkies.

Some BTS shots from the upcoming @hallmarkchannel movie #frozeninlove ! ❄️ I am so lucky to have worked with this incredible team to make a story idea I had so many years ago into movie-reality. We will be premiering January 13th and I hope you’ll tune in! ❤️🏒📚 ❄️

Tammy Gillis, who plays Erica, also posted a selfie with Niall, from the set.

If you happen to visit Revelstoke, you can try out a variety of adventure sports, like snowmobile trails, white water rafting, dog sledding, snowshoeing, paragliding, helicopter and cat ski/snowboard, etc., or explore the Nordic trails and enjoy live music at Grizzly Plaza.

In an interview with a local newspaper, Rachael revealed that half of the filming took place across the scenic city of Vancouver.  While the bookstore scenes were shot on a set, Maple Ridge Public Library served as the filming location for the library.

Check out the pictures that Madison Smith, who plays Tyler, posted on his Instagram profile.

The dinner scenes were shot in Abbortsford, Greater Vancouver.

This is a shot from the beginning of my first day on #FrozenInLove. It was a full day of dinner scenes. By the end of eating all that food my smile was much less exuberant. @hallmarkchannel #hallmarkchannel #yvrshoots

The Hallmark Winterfest movie features Rachael Leigh Cook as Mary Campbell, a bibliophile from Denver who is struggling to keep her bookstore business afloat. A hallmark regular, Rachael is known for ‘Summer in the Vineyard’ and ‘Autumn in the Vineyard.’ Her other works include ‘The Baby-Sitters Club,’ ‘Psych,’ and ‘Perception.’